Is there any consensus out there that virgin black vinyl is best?

We see many re-releases in ‘exclusive’ bright colours or swirly mixtures.

How about picture discs? An image I assume sandwiched between clear vinyl A/B sides. More costly to produce?

I only ask as:

2 - After a bit of fun music last week I bought this ‘like new’ item from an Amazon seller, and it sounds utterly fantastic compared to recent 180g re-issues many of which have awful surface noise: 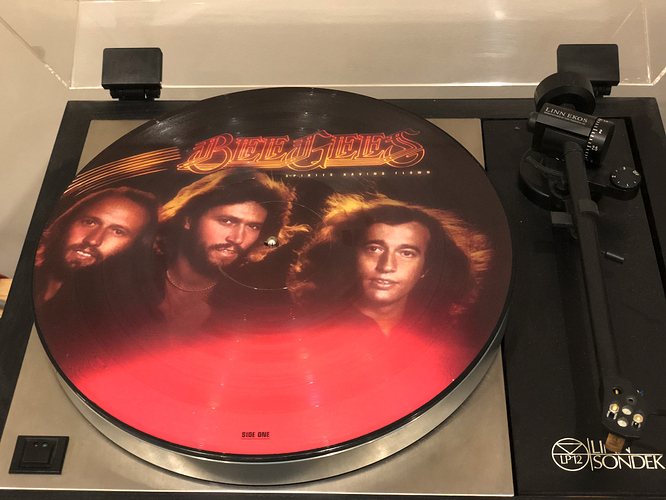 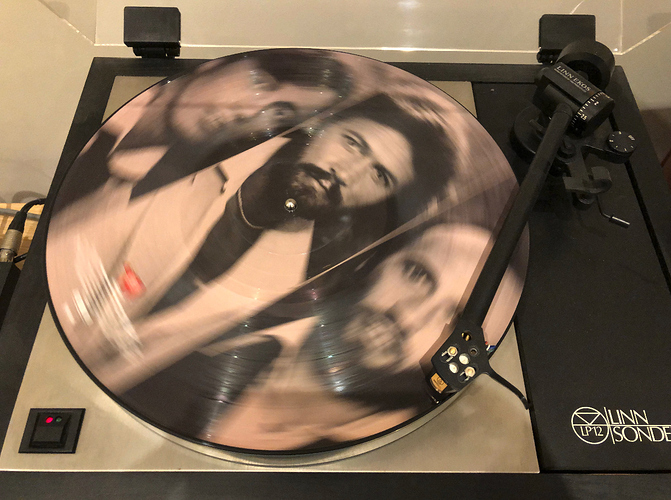 I wish someone could explain this to me, this is one of the best sounding albums I’ve played in years - oodles of detail, great percussion and instruments, perhaps just of its day… 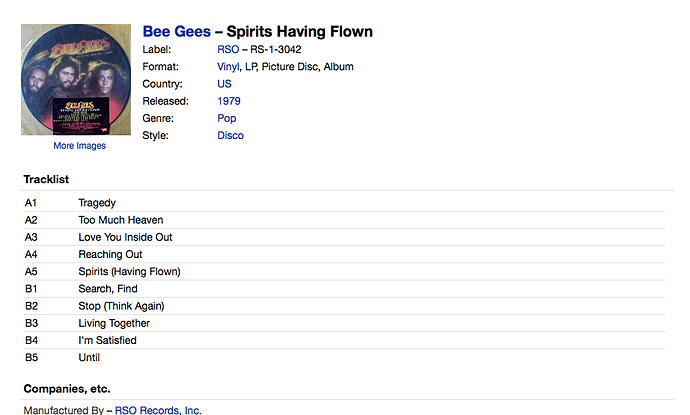 Fair enough, but doesn’t everyone have a fun/silly/guilty pleasure section in their vinyl collection?

I bought the reissue of Keith Richards Talk Is Cheap on plum/purple vinyl and it sounds delicious.
However I find new vinyl to be hit and miss quality wise, especially reissues. I’ve had a lot of satisfaction from the Kate Bush reissues though and also the “Music On Vinyl” stuff I’ve bought, both black and coloured but I’ve yet to be overly impressed by any “Back To Black” stuff.
I find a lot of vinyl is now so bass heavy and muddled it is unenjoyable.
Regards
Steve O

I’ve recently been pondering the very same question. I’d previously assumed that coloured vinyl was of lesser quality, but I’m not sure why. Ese and the Vooduu People’s album is on clear vinyl and this seems to be highly rated for its sound. Perhaps The Kevster will be able to comment on this.

I have David Bowie’s Stage LP on yellow vinyl (from the late 70s) and it sounds fine although I’ve nothing to compare it with.

It will be interesting to see what others think.

I’ve had no problems from coloured vinyl issues, they’ve sounded the same to me as black vinyl. However, my one and only flirtation with a picture disc was Supertramp, Breakfast in America which was unplayable and immediately sent back. It sounded like it had been enthusiastically scrubbed with sandpaper! It came in a clear plastic wallet with no other sleeve or protection so I’m guessing that was the principal cause of the problem, rather than the fact it was a picture disc per se, but you can probably appreciate why I’ve steered clear of picture discs since. Glad to hear the BeeGees disc is good!

Agreed on back to black issues

The dozen I have bought have been very variable in quality…

However I would prefer the original, but impossible to find NM . 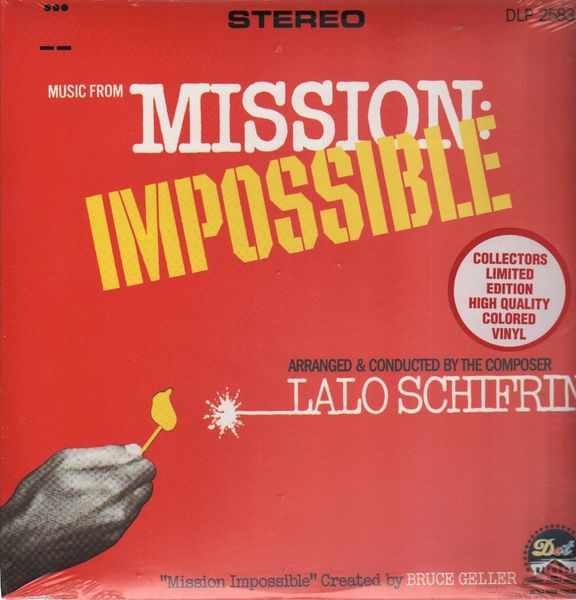 Native vinyl is a clear material. Even if there might have been some additives in former times, nowadays the differend colours are technical equal and none of it sounds better or worse than others, the black ones are mixed and pressed the same way as the the other colours. I prefer black vinyl only for optical reasons: I can see dirt und scratches much better on black surfaces.

Picture disks are often build by sticking two thin layers of clear vinyl on both sides of a central picture layer. This might cause some instable reactions over the time, mechanical as well as acoustical.

Welcome Hanner! You are new apparently.
What is your system? I didn’t found in your profile.

Picture discs on the other hand…I dunno, some seem OK, some are trophy pieces only, meant for framing. Mind you, I haven’t played my 50th Anniversary pressing PD of AoxomoxoA - no need as I have enough first press copies to last me - I bought it purely because it’s one of my top ten albums and I adore the cover art (and also have it in poster size, stickers, badges etc)
SQ was not even a remote factor for me.

I’m here for a couple of years, one of my first posts was in the (archived) system picture thread, but it has developt since than - like the 25 years with Naim and 20 more with other stuff.

What are the 5 turntables, if I may ask ?

only 3 and one not in working condition, but with 5 cartridges.

Isn’t clear vinyl marketed as proof of “new” vinyl versus black which can be used to hide impurities like recycled vinyl?

Certainly that is what some boutique labels claim.

But purists go for shellac

I see here https://coloredvinylrecords.com/label/mobile-fidelity-sound-lab that Mobile Fidelity have also colorful vinyl records.
So apparently not a problem for quality of the sound.

I remember the first picture disc, Curved Air’s Air Conditioning. Notorious at the time for poor sound quality - my brother had to return 3 times, and tgat was playing only on a Dansette type record player…

Generally speaking – and all else being equal – colored vinyl is not a deterrent to good SQ, but picture discs are.

There was an article about that sometime last year, but I don’t have a link or remember where I read it. I just stick to black or clear vinyl.

I had that, returned one due to an air bubble/blister. Played the second copy until it wore through to the picture later. Not very robust at all, but great kudos at the youth club.