So the time has come for me to deal with something that is bothering me. Was wondering what the vinyl loving folks here has to say on the matter.

I am experiencing, what I think is, lots of sibilance on a large number of my vinyl. Only with vocals and heavier on the left channel than the right.

I have attempted a recording of it:

I have done everything I could think of to mitigate and test this:

Is a distracting amount of sibilance to be expected with the elliptical needle of the ANIA or is something up with my cartridge?

And what can I best do to solve this?

I am getting more and more into vinyl and it is disturbing my enjoyment.

Will a better phono stage or ANIA Pro with the better stylus solve this?

How old is the stylus?

It’s a year old now. But did this from day one.

Terrible news! Sounds like you’ve gone through all the fundamentals. Tell me, is just your phono that has the sibilance?

Another question, while adjusting your stage to Rega suggested settings, have you tried experimenting with other settings? Maybe your resistive loading (ohms) is too high. Try lowering it.

Yeah digital on my Star is clean as a whistle. And switching coax channels from the record player to the phono stage has the sibilance travel with it. So it has to come from there.

I have tried a wide variety of valid MC settings. The only thing I cannot get close to with the Moon is the capacitance Rega recommends. It’s max 600.

I’d usually say VTA but as your using a deck, arm and cartridge built to be used together as long as the arm is parallel to the platter it seems unlikely but it might be worth playing around with the VTA a bit.

Sibilance is present on most recordings as it’s a part of speech but badly mastered vocals can be really sibilant heavy and are unfortunately there to stay but your recording does sound particularly bad.

Again I’d suggest playing around with the VTA and or tracking.

Interesting response. Some food for thought.

With VTA I assume you mean anti skate. I’ve gone through various settings from 0 to 2 an no difference.

Reason I posted the recording was exactly to find out if this is normal. Could be I am super sensitive to sibilance. But what sticks in my mind is why only left then. If it was recording and me being sensitive I’d expect more of a balance. And on most records it’s the left that is sibilant.

VTA is about the angle of your stylus to your record. Important, but mysteriously not something Rega arms allow you to set out of the box. You’ll have to resort to spacers.

How easy is it to swap the connectors at the cartridge? It would rule out a problem with the tone arm cable if the sibilance switched channel.

Sorry to hear about your issue.

I was experiencing exactly the same symptoms you describe using an RP8/Ania/Aria.
Sibilance was particularly pronounced towards the latter tracks on the album side, and more noticeable on distorted guitar/vocals.
I thought I was looking at a cartridge rebuild after approx 2 years/1000 hours of use. Approx £250.
I checked and re-checked all the obvious stuff and discovered platter wasn’t quite as level as I thought. It wasn’t bad, but left to right wasn’t as true as front to back.
Spending half an hour with a small spirit-level made a huge improvement.

Apologies if you’ve already been down this path.

I was experiencing exactly the same symptoms you describe using an RP8/Ania/Aria.
Sibilance was particularly pronounced towards the latter tracks on the album side

That’s an interesting statement, as as far as I know (that’s a lot of ‘as’ in short succession), Rega uses an alignment close to Stevenson by default. which favours the inner grooves where classical music often has crescendos, but of course goes at the expense of the rest of the record. So if you don’t listen to classical music (on a Rega turntable), might it make more sense to use Lofgren a/b or schon? Many modern (non classical?) records don’t even have music near the inner grooves for which Stevenson optimised.

But your statement sounds like it should almost be the reverse. Or they otherwise compensated for using stevenson…

As n-lot has stated VTA is stylus angle and is achieved by raising or lowering the tone arm pilar so that the arm itself raises up or down ever so slightly rather than parallel to the platter.

The VTA on a Rega deck comes pre set and would I imagine be set perfectly for the arm/cartridge Rega use however small adjustments to this can make a difference and as n-lot said achieved by using spacers or an Origin live VTA adjuster which fits to the pillar and by turning a threaded nut allows you to adjust the VTA with the arm in place.

Another good shout from DazedDegsy is making sure the platter is level this drove me mad because everything in my house is wonky both the floor and the walls so to get my TT shelf level makes it look pissed to the rest of the room which drove my other half mad so I’ve had to fit the shelf slightly out of level and level my deck by playing around with the feet.

…could very well be this. A level platter is absolutely essential, and I have found my own RP10 to be much more sensitive here to even the tiniest variation compared to other decks with the Aro on board. You need a proper good quality spirit level - at least as long as the platter itself and then check front to back, side to side etc…

@Richard.Dane, @DazedDegsy I have an Ortofon spirit level. Used to level the unit a while back (as part of all this) but had it on the metal strut between the tone arm and the platter spindle. But checked today and the platter shows almost perfect level as well at various points. It is this one: 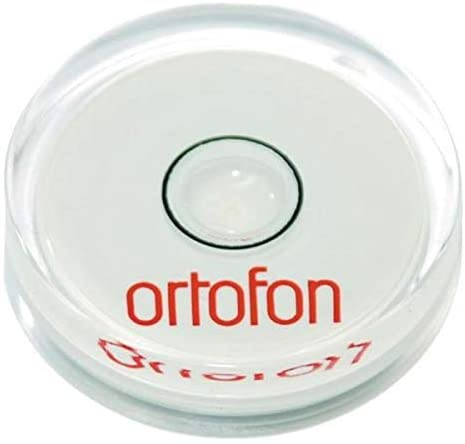 @Richard.Dane which spirit level would you recommend?

@Bobthebuilder, @n-lot oh I had no idea about this. I was looking at how one would use that adjuster on a Planar 6 and stumbled on this as well:

Key elements include the upper and lower braces between arm base and main bearing, this is to minimise movement between these two fundamental parts so that the stylus reads the groove rather than changes in the relationship between the vinyl and the tone arm. This is why Rega arms do not have variable VTA (vertical tracking angle), the facility to adjust arm height introduces a potential source of vibration into the crucial cartridge/arm/plinth/platter loop

I have to say I am super nervous to take the thing apart and modify. Especially while it is under guarantee still.

I previously discussed my experience with my dealer over email and their reponse was just that with vinyl you should expect some sound artifacts but that I could go an try the records on their Planar 6. But that was just before the Corona outbreak, after which I have had no reason to go to that city again yet. And I learnt to live with it.

I am now resurrecting this issue as I have this gut feel that it can be better. Also a dealer representative is coming to my house next week to attempt to repair my Star’s loose display panel. So I thought while he is there I may as well address this again, so doing my homework.

Months ago I also discussed this on a vinyl forum and there folks were saying that the elyptical stylus of the Ania is super IGD/sibilance prone on hot cut records and that a finer diamond profile stylus could help. That is why I am considering going to the Ania Pro, but 1000 Euro is a lot for a gamble so want to be reasonably sure it would help and that the stylus is the culprit before throwing the cash at it.

Then there were also some folk who suggested that the stylus tip may have been glued on skew. But looking at it through a loupe does not show any visible weirdness.

I’m not a fan of those little round spirit levels. Tiny bits of dust and any variation in surface can give false readings. Better to use a proper spirit level; an 8 or 9 inch level should be just fine for your purposes here. Something like this; 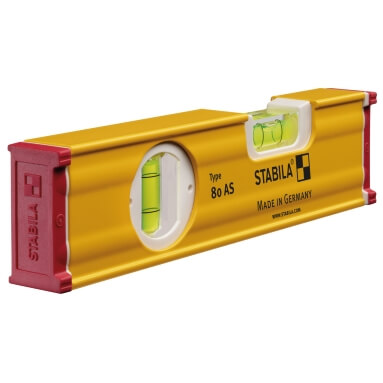 Oh ok cool, just the standard type. Going to definitely give that a try. I though there was a some fancy special record gadget type out there LOL

If you look online there is a fair amount of discussion on the Ania and misalignment, sibilance and multiple returning of cartridges.

If I Google, I mostly find my own posts back. I have not yet found the definitive answer on this.

As for returns I am trying to find grounds to return it, but somehow I would need to demonstrate that the cartridge is at fault.

If you feel like it there is one fairly simple thing you could try yourself to adjust VTA, though only reducing it. This approach does make slight other changes that might affect sound quality, but possibly may yet be sufficient to indicate if VTA may be the problem as far as the sibilance is concerned, e.g. if it increases or decreases in doing this.

It simply involves removing the cartridge and inserting packing between it and the headshell. I don’t know yours at all, but with some all that is needed is a pair of small washers, one for each screw to go on the screw between the cartridge and headshell, otherwise something approaching the size and shape similar to the cartridge/headshell contact area. Plastic or aluminium best for minimising mass increase, but anything would do for this as a trial. The counterbalance would need adjusting slightly.

That is a test I may actually attempt if I get frustrated enough.

What kind of thickness of washer are we looking for here?