OK folks. This thread got rudely interrupted by the Forum switchover, so time to start it up again! Been to a gig you really enjoyed? Or hated? Why not share your eperience, pictures and setlists here…?

Got yesterday a very nice offer by mail. I got a free ticket for the piano recital of Beatrice Rana on the 29th of January in Munich - with program of Chopin Op 25, Ravel iroirs and Stravinsky L’Oiseau de Feu 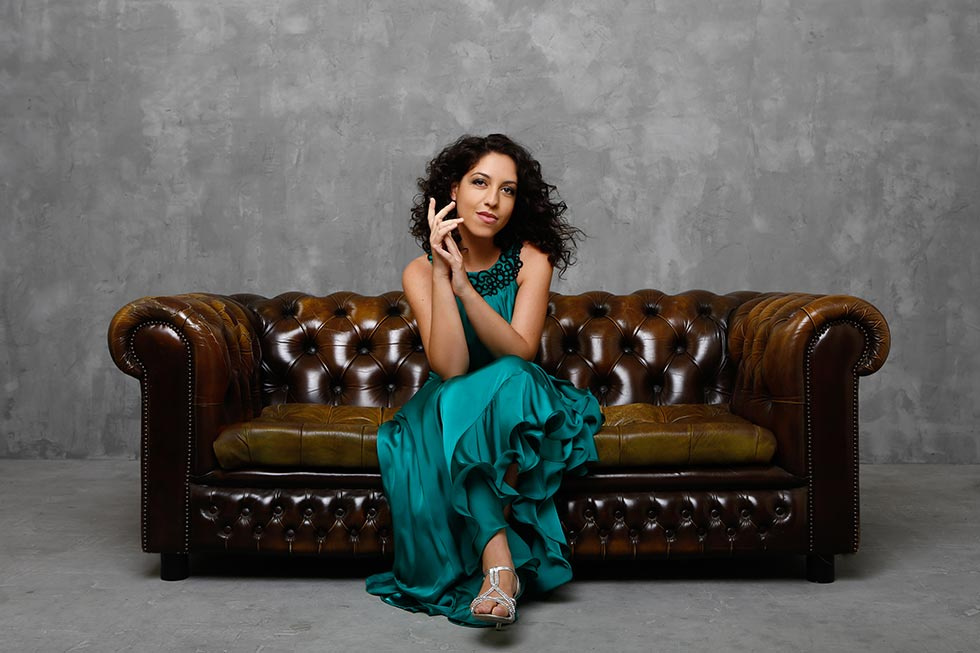 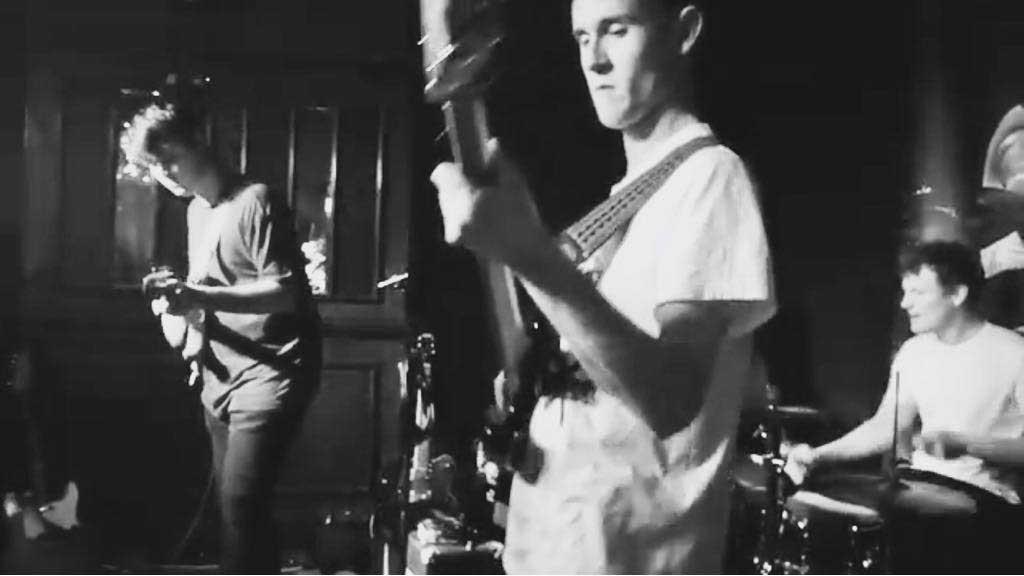 On Sunday 6th Jan I went to see one of the infamous Ese-hosted Sunday Jam nights at the Hand in Hand in Brixton. Headline act was an ecellent punk-funk fusion outfit called Copper Feel. They sent the crowd wild, and Ese and various other waifs and strays and Brixtonians joined in for a long and chaotic jam session. Great fun! 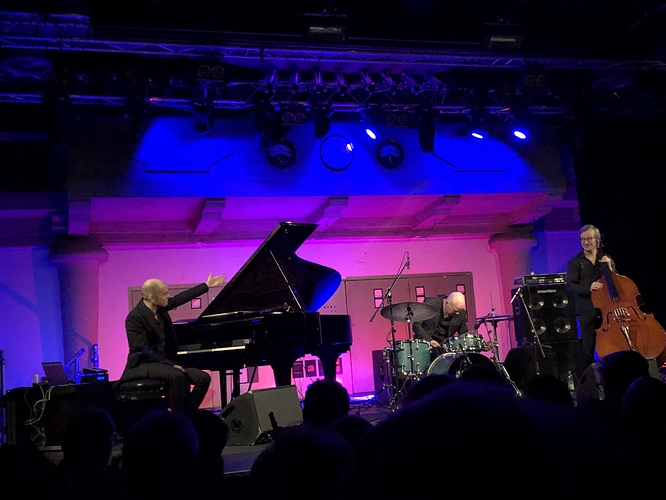 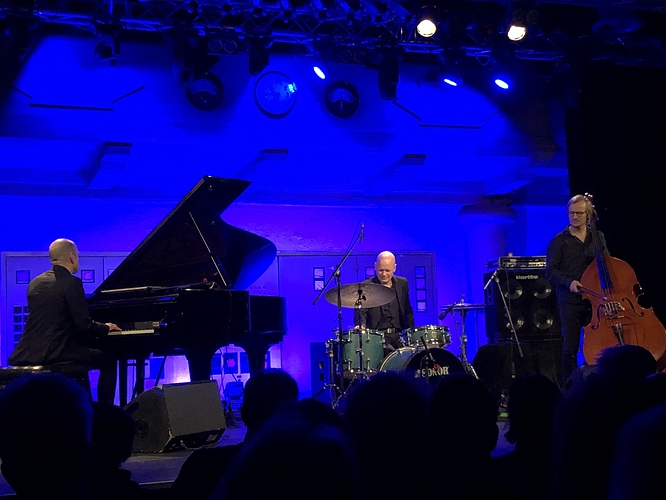 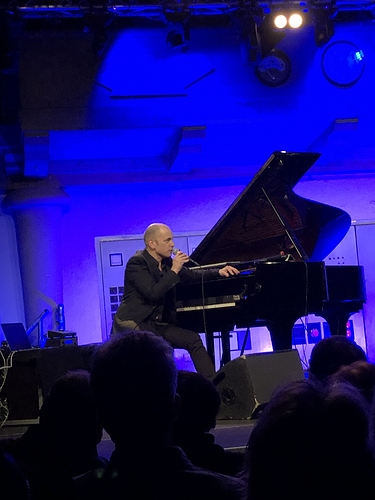 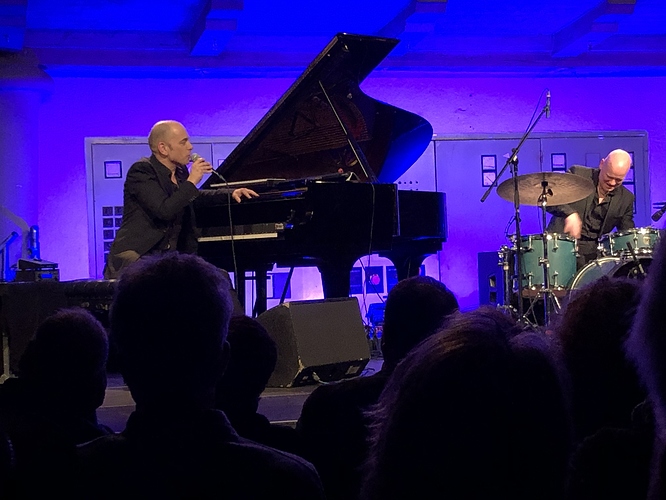 Was at the concert of Tord Gustavsen last night. Was very nickend more dynamic as his albums. While the way it was planned etc felt a bit like a classical concert instead of jazz…

And she’s swinging by in Chicago on 24th Feb! 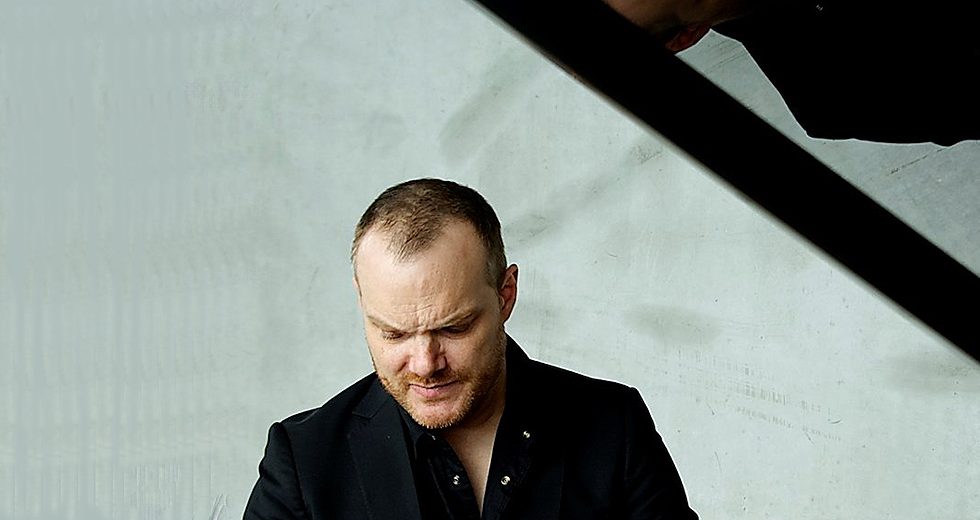 Lars Vogt pinch hitting for Andsness. I picked up tickets at a last minute as I prefer his program. Nice to hear the Bach pieces. 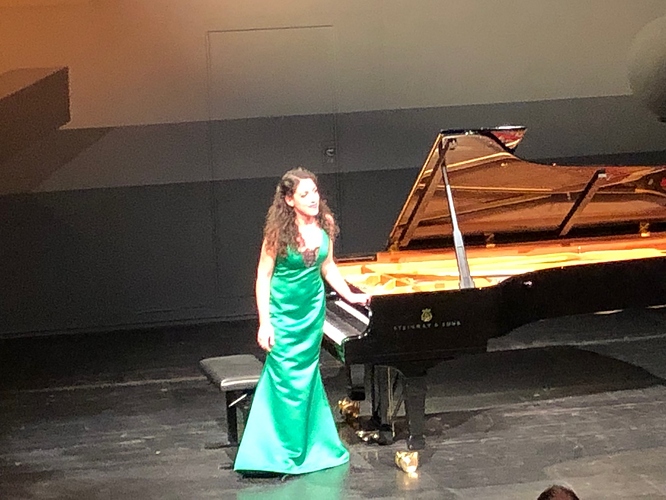 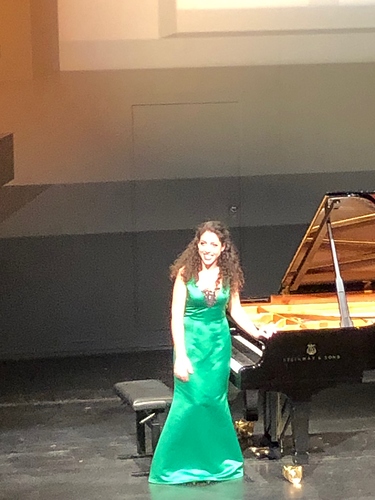 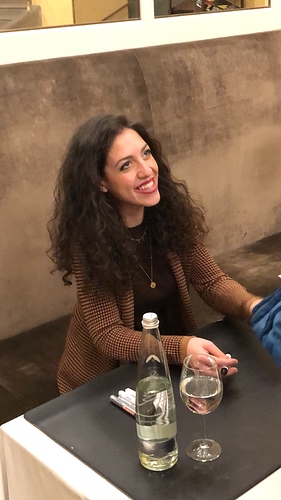 Had a nice concert with Beatrice Rana in Munich. Before the break she played 12 Etüden of Chopin. Which was good but at the same time to my ears also a bit like a wall of sound or congested.
The real highlights for me where the program after the break. She played a brilliant Ravel Mirrors and also great Stravinsky and some encores.

It was a great even8ng, and it even was more interesting as normal as I had gotten a free ticket. 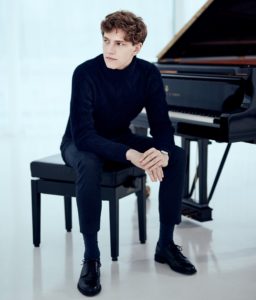 Will be interesting to see how Jan does with Rachmaninov, so far he has been know for the “lighter program”.

Last night we went to the Royal College of Music in London for a concert of Tchaikovsky’s Symphony No.5, with Holly Mathieson conducting the RCM Philharmonic.

Opening the concert was an interesting piece that I had never heard before, Chaminade’s Flute Concertino, played brilliantly by Sirius Chau. 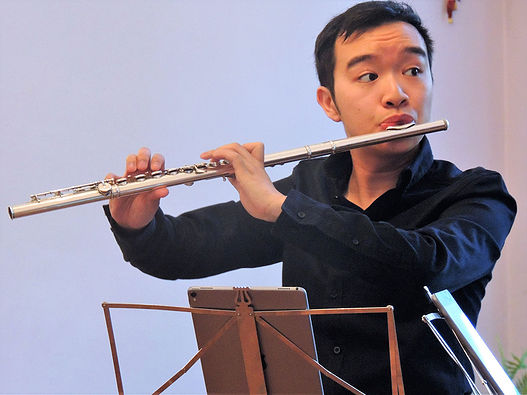 This is definitely someone to watch in the future - superb playing!

My concert with Jan Lisiecki was better Han expected. He played an interesting piano concert of Rachmaninov. The Tchaikovsky Symphony 1 was ok, while not remarkable… 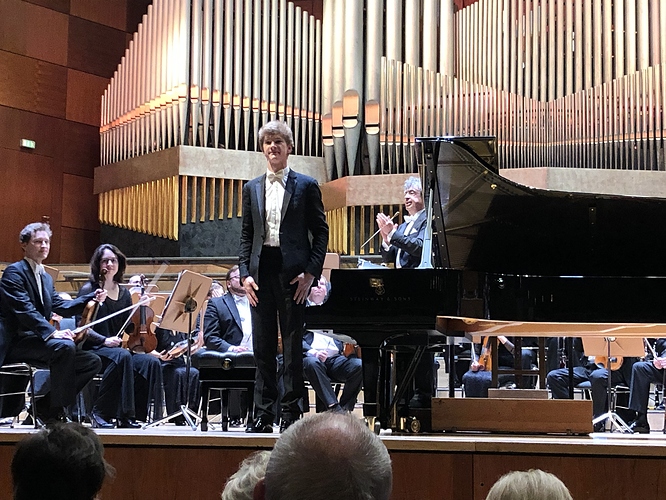 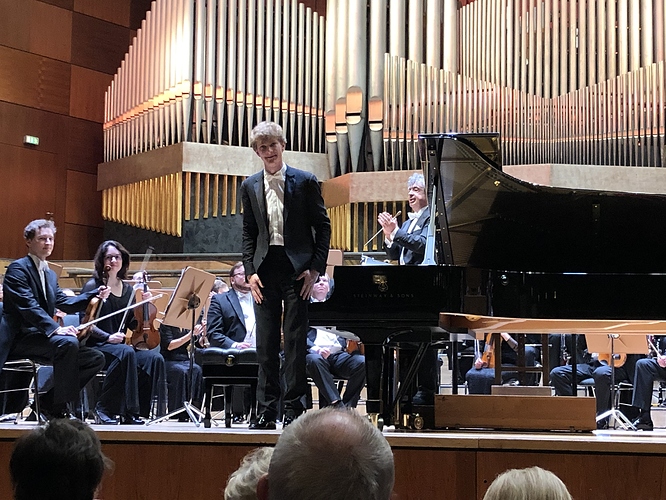 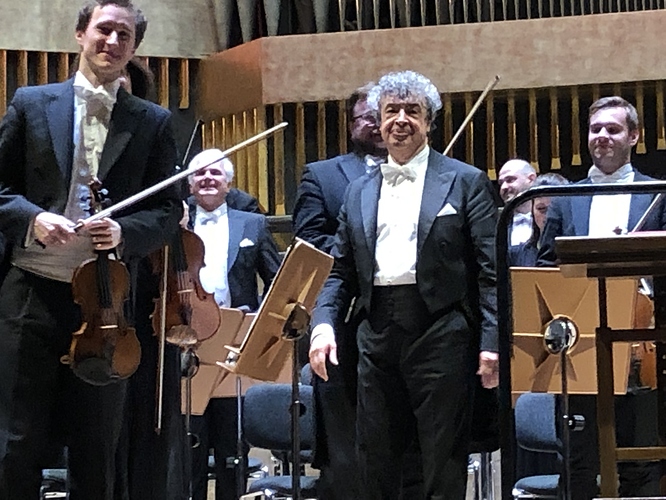 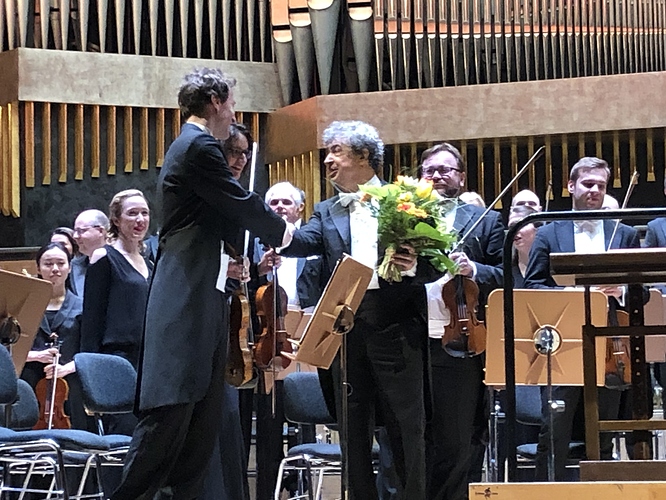 Sometimes, what looks as if it’s going to be a run-of-the-mill gig turns out to be something a bit special. So it was on 11th January at The Ship In Kennington, when Ese & The Vooduu People played, supported by Barbarella’s Bang Bang (below). 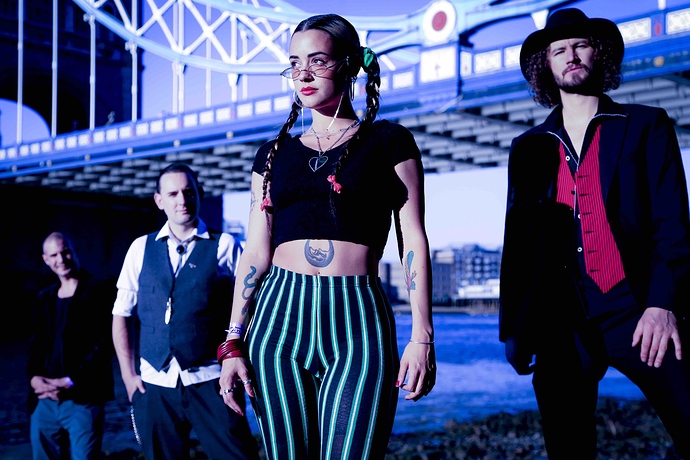 Last time I saw them (when Ese was the support act) they were OK, this time however they were brilliant, with a slinky, early B52s groove. Amazing what five months can do.

After that, Ese & The Vooduu People turned in an incendiary set, despite keyboardist Jackson being very much under the weather. Pharoah said he’d been watching and listening to a lot of Ginger Baker in the past few weeks so maybe that explains it. 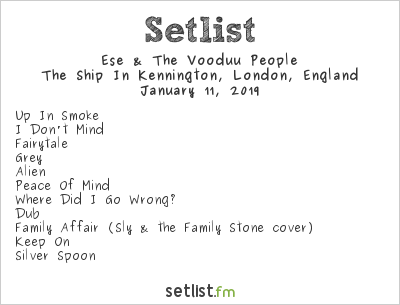 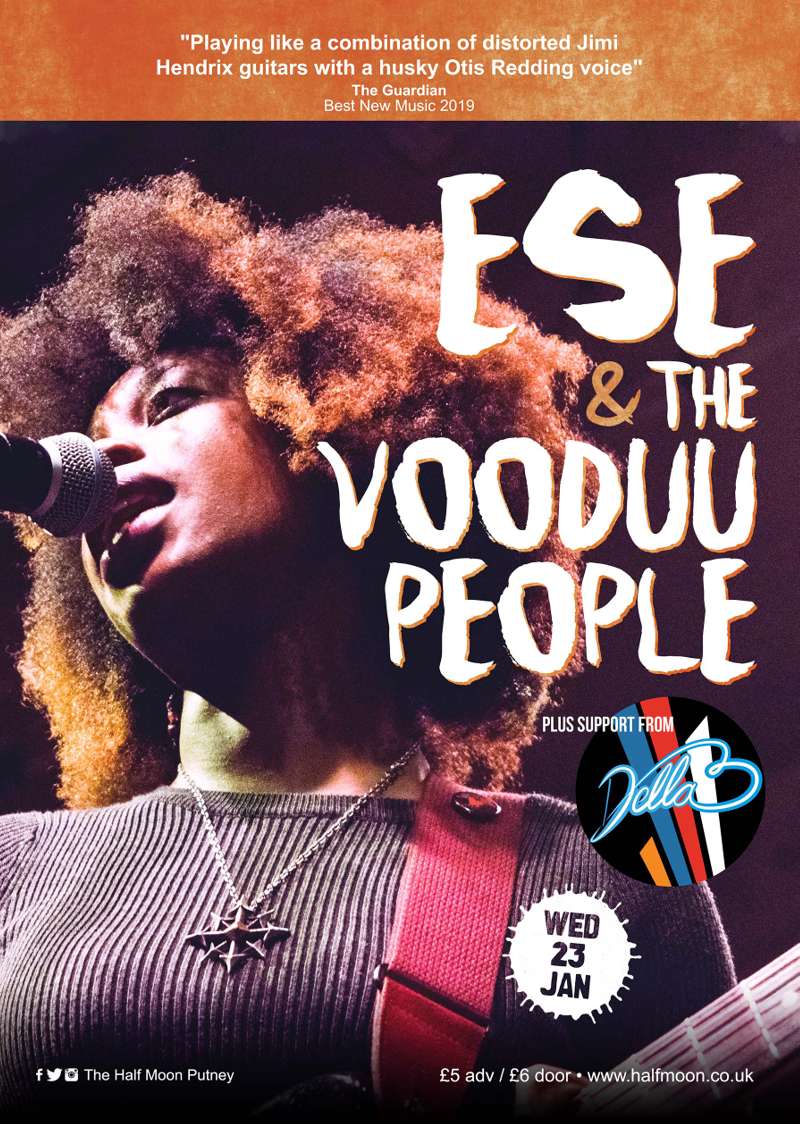 On 23rd January it was off to the famous Half Moon in Putney for another Ese & The Vooduu People gig, their first at this venue in two years.

Basile being ill and Pharoah being otherwise indisposed, we had to create an emergency, last-minute rhythm section. The result was an hour-long set that was a bit messy but it went down really well. As Ese said: “This has been one of the most chaotic gigs we’ve ever done, but it’s also been one of the most fun too!” 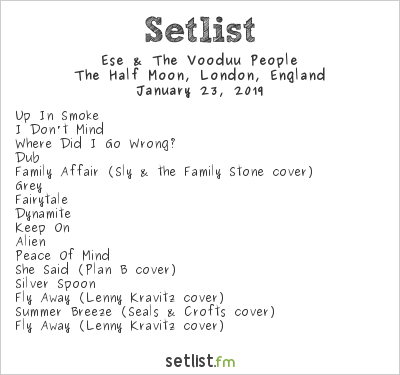 He’ll be making a Chicago debut next season playing Mozart Piano Concerto No.23. I am undecided. I have his CD but his style not to my liking.

Had a nice concert with Beatrice Rana

I will be seeing her in a few weeks playing the same program you’ve heard. I am very much looking forward her playing! I don’t have any of her CDs but heard her in YouTube many times and love what I have heard.

Style is a very personal thing, just go there with open ears and be surprised.

Loved every minute of it. You cannot beat a banjo! 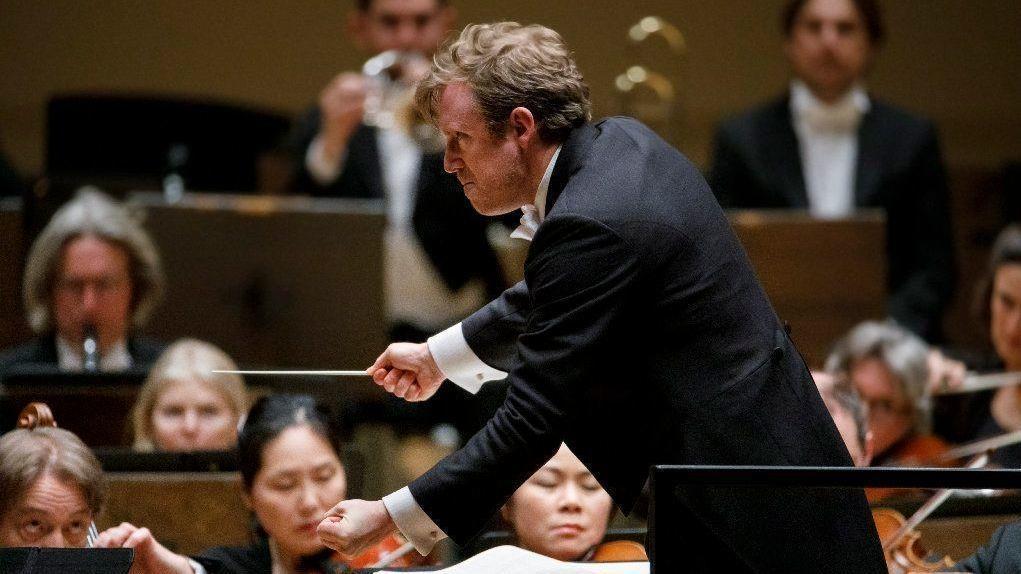 I was looking forward to hear the Concertgebouw Orchestre for the first time live. Daniel Harding was substituted for Daniel Gatti who was ousted for a sexual allegation ( another #me too ).

I was pretty lacklustre. The balance of the orchestra was too string heavy and peaky winds in some spots pierced my ears. Bass was almost non existent or certain did not have the burnished glow of Chicago brass. The worst of all was the direction. There was no tension in notes and all through the program, pacing and timing was all off.

Strauss was a bit better. At least there was more weight and strings and orchestra balance was more even. But boring lifeless direction still remains. Also noticed was they are not precise as CSO. The opening notes from cello seem to blurred and strung together rather than articulating each note. The first violin’s ( Liviu Prunaru) solo was pretty good but can’t really surpass that of John Weicher’s colourful playing from the famous Reiner/CSO recording back in the 50s.

So, Concertgebouw is looking for their next Music Director. I hope it won’t be Harding. This orchestra deserve someone better.