What if B&W CM9 sounds better then Focal 1038BE

Today I thought, let’s move my B&W CM9’s to the front and hear how
It sounds (normal duty for them is surround back speakers in HT setup). It actually sounds very good, maybe better then mij Focals 1038BE. Can it be that 250DR has better grip on the CM9? It seems so, it’s also easier to listen to. The brightness of Focals.
Really funny, so may be it’s time to let Focal go?
What is your view in this? Is B&W a better match? 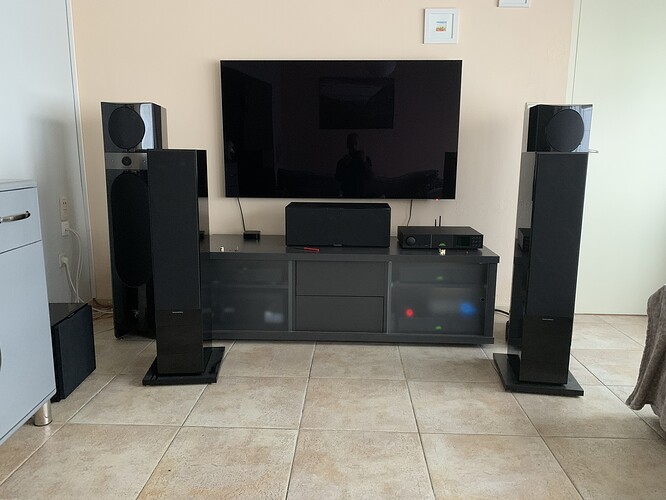 No right or wrong answer. If you think they are better then that’s the right answer for you.

One observation from the limited view of your photo is that your room looks quite reflective (hard surfaces) so that may not quite suit the Focal speakers and their presentation.

One observation from the limited view of your photo is that your room looks quite reflective (hard surfaces) so that may not quite suit the Focal speakers and their presentation.

Yep, I cannot imagine that not benefitting from a pretty substantial rug with any speaker setup.

Re: Focal and B&Ws, you may struggle to get much response on the forum given those two seem to be on the more Marmite end of the spectrum among this crowd.

The Focals are usually in the position where the B&Ws are now, yes?

No, Focals are on their normal position

There is a PMC dealer nearby, I am planning to go and have a listen. He is also dealer of Naim.
Yes, I need to get a rug into that room

Yes, I need to get a rug into that room

I would do this before considering other speakers.

I guess that the CM9’s now sound more transparent, less muffled, smooth, less boom et cetera. Thats because they are now in the position where the should be. A better amp will improve it even more and personally I would also put socks or the bungs in the reflex ports.

The single reason why I don’t B&W is that they seem to perform on places which are domestically difficult.

The single reason why I don’t B&W is that they seem to perform on places which are domestically difficult.

Agreed. I have B&W CM5 S2s, and they are very difficult to position. They need to be at least 40cm clear of the rear wall to avoid bass boom. They were supplied with foam rings and bungs to tune or seal the reflex port, however I find the midrange loses a great deal of body with them in place. When positioned optimally, I think they are great speakers, but they can sound pretty poor otherwise.

Then it could very well be that the B&W only sound better because of their position. They’re away from the walls, not obscured by anything and there’s nothing in between them. You should compare them both in a more similar position.

Yup I have the same cm5s2. Lots of space make them good loudspeakers. I did learn a lot from them, I bought 2x10m linn k20 loudspeakers and tried many places in my room. I still use them for av duties and that is fine.

Yes, It seems so. I never heard them sound so good

I will do that. It’s true that tiles are pretty hard for sound.

id be careful believing they are better and not just different until you have listened to them for a few days/weeks. Im always amazed at how much better things sound immediately after having a change until i go back again and realise its just a different sonic characteristic