After using my MF V90 dac for a couple of months which i tink is a very, very good dac at any price SQ wise and which i thought couldnt really get any better i was utterly suprised when i connected my IFI SMPS .
I was watching atlhletics at the time and WOW the atmosphere and ambience of the crowd was amazing, they were right there in the room with met just so much more detailed and real as well. The soundstage was so much better and wider, deeper to, stereo seperation up another notch as well… The sound was extended as if trying to stay airborne and float it really was one of the best upgrades ive ever heard and for only £50.00 an unbeatable price to ratio money SQ increase.
This combination now sounds like a 2K dac, i kid you not.
My last two upgrades cost me less than £100 but the SQ increase has reached stratospheric heights.
I just dont think it can get any better!
The IFI SMPS is a little piece of magic.
Or can it?

I must say i all so found a similar improvement in my Project pre box S2 DAC by powering it with a usb battery bank,so i can understand what you are saying.

The IFI SMPS is a little piece of magic

It is! I have 2 in my system and each has provided an up lift in SQ. I plan to buy more.

The IFI SMPS is a little piece of magic.

I have to plead guilty to starting a bit of a surge in the iFi “iPower” a couple of years ago, yes it measured better w.r.t. stability & ripple than the Netgear SMPS it was replacing. SQ improved, but I have to say nothing like as dramatic as you write Henryski, maybe my Netgear SMPS was not so bad.
Unfortunately the iPower failed & it was returned for a refund. I replaced it with a
Friwo MMP15, this a German brand that supplies industrial products rather than consumer, the MMP15 complies to medical grade spec. It measured as good as the iPower for voltage stability & the SQ was as good as.

Good heavens! If it can do that for athletics I cannot imagine what it would do for music. A little miracle indeed.

Yes, i was hearing tiny details from competitors and the crowd it really was quite startling, just so much more coming through the speakers.
Turmed the channel over to national treasure film and whooh the film sound effects were so much more clearer and pronounced with fantastic stereo seperation to. It was almost like a sound and musical overload.

Hi Henryski. I have just bought the original Musical Fidelity V Dac and already own the Musical Fidelity V LPS phono stage so yesterday I bought the matching Musical Fidelity V PSU which is also a switch mode psu and can power both the dac and stage together. It can also power one more unit from the same range so either the headphone amp or the V Link USB to Spdif converter. At £70 inc postage for a new (B stock) unit the V PSU represents fantastic value and user reviews are very positive.

I’ve read an interesting piece by Benchmark who now only use SMPS rather than linear psu’s with their dac’s and also SoTM the very respected Korean (I think) digital hifi manufacture have just made a very expensive SMPS to power their latest streamer.

I’m wondering if something like a ferrite bead would help the SMPS because as I understood it Benchmark and SoTM have cured the RF interference associated with SMPS and so bothnow prefer them to linear psu’s. Of course I could be wrong in my assumption because the whole digital music arena is a bit over my head.

The ifi smps has a fixed ferrite core on the cable and i added another one near the 3 pin plug end and im not sure if this is overload or warranted as their 1 core could be enough. Whether this extra ferrite core affects SQ in any way, i dont know as it sounds fantastic with it, so might try removing this extra core to see if any SQ chanes occur.
They actually state on their website that the ifi smps is quieter less noise than the equivelant linear power supply.

Thanks Henryski I’ll order some ferrite beades and do some experimenting.

Thanks for the reviews and comments here, very useful.

This shows how the attention to the power supply makes the difference and how the manufacture of products is sold down to a price, and it is the psu, wall warts in particular, where quality and economic savings are made. It seems a shame and disappointing that in order to get the potential out of a product one has to spend extra to get a decent power supply.

Even Naim do not escape, as to improve sound quality additional power supplies are needed (HICAP, FLATCAP, and even DR versions…)!!

Just adding “some” ferrite is not that effective.
SMPS’s operate in the 25kHz to 3MHz range, some are narrower maybe 50kHz to 1MHz and this is at the very bottom of any ferrite mix (alloy formula) effective operating range.
The problem is most of the ferrite clamps you get from the www.stores use a general purpose ferrite mix & are only effective at much higher frequencies, typically 10MHz to 500MHz
I have a number of LF ferrite clamps on my SMPS, I have them on both the DC side & the 230v AC side. For this application I use a Fair-Rite “75” mix, this is effective between 100kHz & 20MHz & peaking at 1.8MHz.
I also warp the DC leads around the ferrite as many times as possible, each turn multiplies up the effective impedance & also lowers the peak fs somewhat. 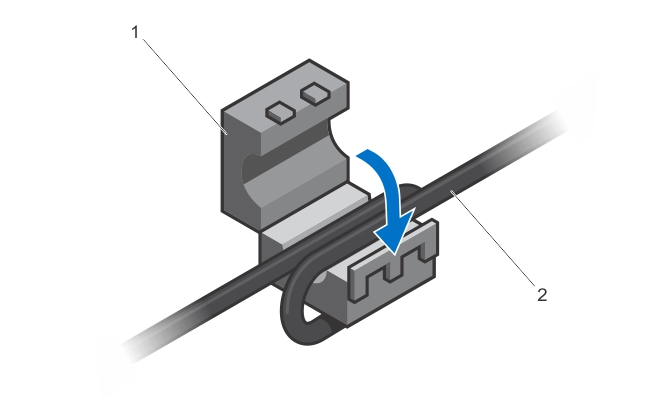 Hi Chris, I bought mine in USA while I was travelling there.
I see UK vendors Mouser, Dig-Key, Farnell & numbers of others have mix 75.
I haven’t compared how each report the effective range, & it these can be reported different ways, but Fair-Rite are the people that make & licence the material & this is what they show. 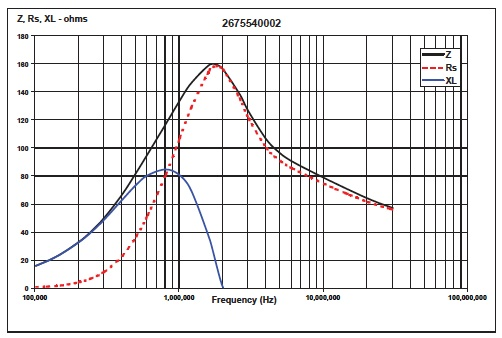 Thanks Mike really great information. Looked on the Mouser website and found the Fair-rite 75 mix clamp and was wondering what internal measurment would be ok to wrap the average SMPS cable in 5, 6, 9 or 10, 13 or 18mm?

… errrr what diameter is the cable ??
Most SMPS cables are not so big, I have 4 or 5 turns around a 8mm core but with other cables its just 2 turns. Its up to you, 1 turn is double over 1 pass.

It’s just a bog standard SMPS Mike so no more than 5mm so perhaps I’ll go for the 8 or 9mm. Thanks again.

Thanks for taking the time to check Mike.