Anyone know ballpark price of a service for an XPS2
Thanks

That was quick and precise, thanks

Would that be parts on top would you know.

I had an XPS serviced by Class A about 6 or 7 years ago. It cost about £200 including parts. I was offered a part service, I was told the the main reservoir caps only require replacing after 14 years, but went for the full service.
Phone Darren on Monday, he’ll give you a price straight away.

See below for service price and possible DR upgrade when I enquired in November.
They were looking at 5 week turnaround so might be longer now.
——-
‘So the DR update on an XPS is currently £1021.28, it is not serviced during the update - as pretty much everything is stripped out - so there is no need!

Are the big caps replaced when doing DR too on XPS? I have bought a 2010 XPS2 which was DR in 2015 so I was planning for a recap but on the reply you added it seems like it’s not needed?

I’ve looked at some pictures of the inside of XPS and it seems like it had one big PCB with the bigger caps on it where XPSDR has a smaller board for the caps and the DR parts added next to it. This I would assume means XPS being DR has new caps in it so time till service would be from DR is made. 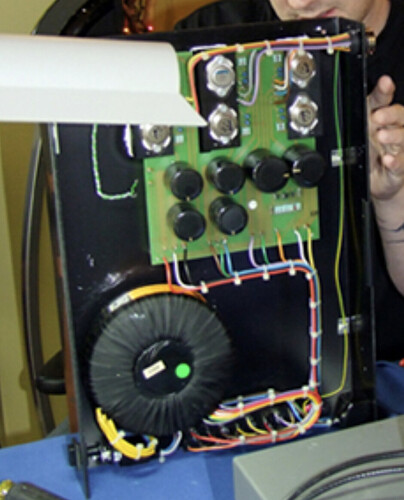 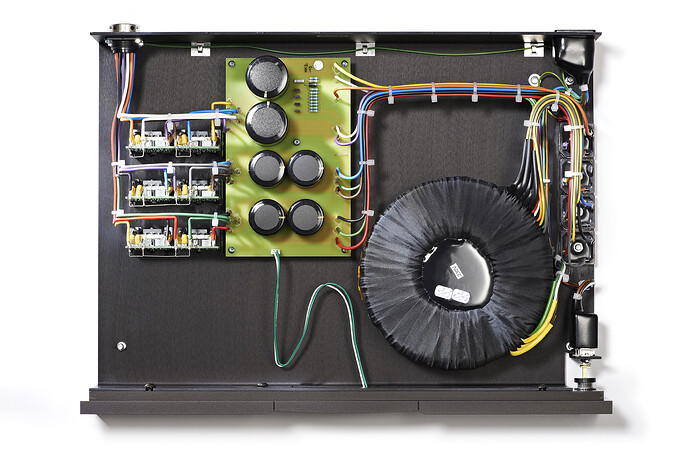 From my understanding, when you had DR upgrade 2015 then a further service is not yet required after 5 years. I would email Naim directly to clarify. There will be a several weeks delay in replying.

The details about pricing I sent in my initial response was from Naim copied and pasted.

Good question, unfortunately I don’t the answer either, but I am in a very similar position so would be keen to know the answer to this one !

Phone Darren on Monday, he’ll give you a price straight away.

The DR upgrade includes a full service. They used to be available separately but that option was ceased sometime ago?

Any 10 year, or whatever the interval is, should replace all electrolytic capacitors as a minimum. These are the items that degrade the most and drive the need for service to restore the item to design.
These caps degrade whether you use them or not. Although they degrade quicker with heat. The mechanism is actually quite complex and involves some clever chemistry. As well as straight forward drying out.
Luckerly Naim keep many of their caps away from the bits that generate heat, hence why service periods appear longer than most others.
The reality is their cost is minimal compared to the total cost. Each one will be around £2.
Out of interest, most cap manufacturers rate their caps at 2000 hours use at 85 degrees C. Some go as high as 125. Degrees C. Lower the operating temp, and they will last longer. And yes, 2000 hrs is about 3 months!

Each one will be around £2.

When I looked up the caps in my SCdr a few years back, new ones were considerably more than GBP2. I think they were in the GBP15 region. Plus Naim will reject quite a few that don’t make the cut. We pay for every component rejected. It’s built into the cost.

Class A advised 14 years life for the electrolytics in the XPS. 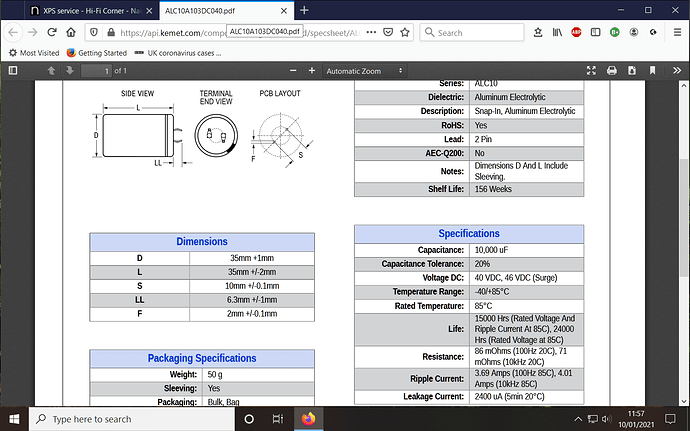 That is quite a time extension to 24,000 hours. Clearly they should not find the self’s exposed to 85 degrees in many Naim power supply applications.
My xpsdr never gets hot, or even mildly warm driving the ndx2. They stay on 24/7. But then again I doubt the delver much current either!
My xpsdr did like to eat fuses if switched off/on. That’s the main reason I leave it on!

Thanks for all the info. I might consider getting it dr’d then.

Yes today it does but that was introduced not long ago I think? So a DR made in 2015 can be without recap I think. But for XPS to XPSDR they change the PCB that contains the big caps and I find it hard to believe they remove the old caps to resolder on the new PCB given the cost in time vs cost for the parts. So most likely DR for XPS atleast include recapping due to swapping out the full PCB board.

For those wondering about the need of service on an XPS updated to XPSDR Naim has confirmed they swap out all internals except the transformer meaning a service intervall starts for the day DR is made on this box.

“during the update process, we pretty much replace the entire inside of the unit (save the toroidal transformer) so effectively - there is nothing left to service.”