I haven’t seen any similar topic on here so I thought I’d start one.

I consider myself lucky to have DVD’s of most of my favourite artists & enjoying watching them as they won’t always be around (same for me) & it will be good to have visual memories as well a auditory ones. I have also been fortunate to see live performances that have been released on DVD, to reinforce those memories.

I could list several more but will make do with just two that are particularly special to me. My choices will produce groans from quite a few of you but I don’t care!

Stunning concert in front of 500,000 (!) people. Great sound & good camera work capturing a rock band at their best. If you like top quality sound, & I presume most here do, together with the most amazing staging, this wants some beating for sheer spectacle. I also consider this their best live album.

As a bonus the DVD package includes a full documentary showing how the tour/show was put together. The best moment is possibly when the band can’t remember how to play a certain bit & after several aborted attempts Phil Collins gets a Genesis CD from his bag & they all sit around listening to it to see how they did years before!

The DVD means a lot to me as we saw the same show two months later at Madison Square Garden whilst on holiday from home in the UK. A very happy coincidence that we were there at the same time as they were. My wife & I lived like millionaires for 24 hours, spending the day exploring 5th Avenue & Park Lane, curious at a large police & military presence outside the Waldorf Astoria at teatime, being told it was to guard President Bush who was staying there at the time. A helpfully police officer said if we hung about for 10 minutes, we would see him arrive from the UN & we did!

From there to see Genesis who really rocked the Garden. We heard two Americans talking on the way out & one said, “I thought we had some great bands, but nothing compared to these Brits”.

Back to our hotel about midnight & up again at 4.00 am for a plane taking us on a day trip to Niagara Falls. All in all, a day I will never forget & the DVD brings it all back.

Same as Genesis, top class professionals producing a brilliant performance, captured with great photography & sound. We saw this show live in Birmingham the following year & had the pleasure of a brief chat with Timothy B. Schmit, who, along with the rest of the band, was staying in our hotel. Of all things, he asked us how to go about sending a parcel in this country!

Even if you don’t like either band, I would suggest these DVD’s are worth watching to see the all-round quality top class artists can produce, possibly explaining their longevity & vast record sales.

As already said, I have other DVD’s I consider excellent but these two are particularly special to me.

Good idea for a thread .

If it were a VHS tape, it would be worn out by now. 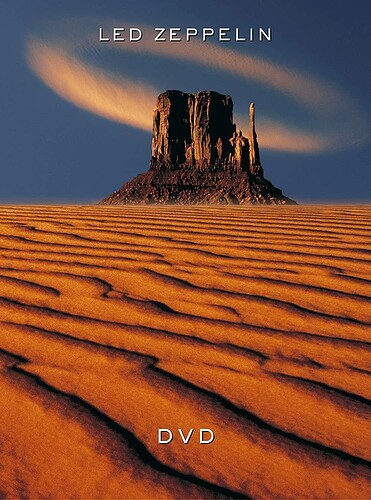 Plus several of the Classic Albums series, which are excellent

Off the scale Beth doing her stuff. Superb.

Don’t get the Albert Hall DVD - this one is far better IMHO. 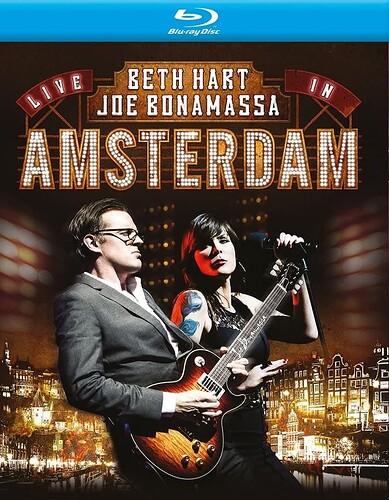 BBC Nilsson gig. Recorded on vhs off the TV.

It doesn’t get much better than this in my opinion - probably the best performance in Marillion’s history, beautifully filmed and recorded at an iconic venue.