So I was wondering what speakers have wow’d you and any interesting demo stories. Not just the dream if I won the lottery speakers but any that have left a lasting impression.

I remember a demo of my Rega Elas a long long time ago when I also heard the SBLs for the first time. They were stunning but I couldn’t afford them. The Elas were great though and I bought them. But….I would have bought those SBLs if I had been better off at the time!

Demo wise was a long time ago and first hearing of some Harbeth monitors. Boxy looking things on wooden stands. Knocked out by them but couldn’t afford at the time. I never got around to trying Harbeths at home and it is an itch I really ought to scratch sometime.

I remember in the early 90s I was invited to the Roksan HQ and Touraj (just for fun) decided to see how loud the new Roksan Ojans would go before melting… they went loud until they didn’t any more!

Unfortunately it was MBL 101 xtremes and that was with reservations about the system’s handling of mediocre recordings. It’s never going to be my problem to sort out but the memory sticks.

Royd Edens on the end of a Linn Sondek and Nait at Studio 99 in the mid eighties. It was also the first time I had heard a Linn.

I began to realise what our hobby was all about.

The best speakers I’ve ever heard - indeed auditioned in two different places - are PMC MB2SE. I didn’t go for them because I was concerned about their physical manageability as I get on, and I had an amazing offer on ex-dem, that I now regret not taking - I was wrong, as once I get beyond being able to move them myself, I could call on help, it likely to be very infrequently. Not getting them is one of my very few regrets in life - and based on adverts in recent years it would cost me at least £6k more than that deal to get a pair. (So I have gone the DIY mod to EB2i speakers, active, to get close.) 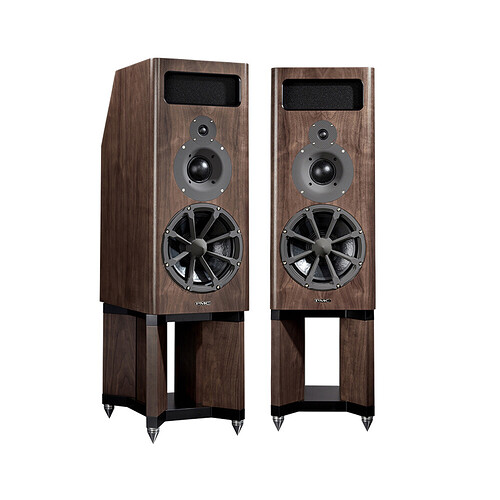 I also really liked Tannoy Westminsters when I heard them, but it wasn’t in a suitable environment. I’d like to hear the Royal version, properly. 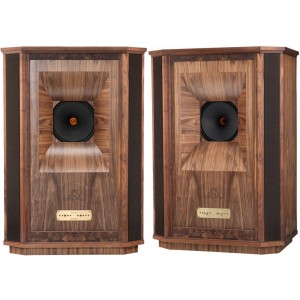 Then there’s PMC’s BB5XB2…. There was a set (with Bryston amps for active driving) at an amazing cost about two years ago. It was a lot of money, and I procrastinated too long… (so didn’t need to make a decision!) 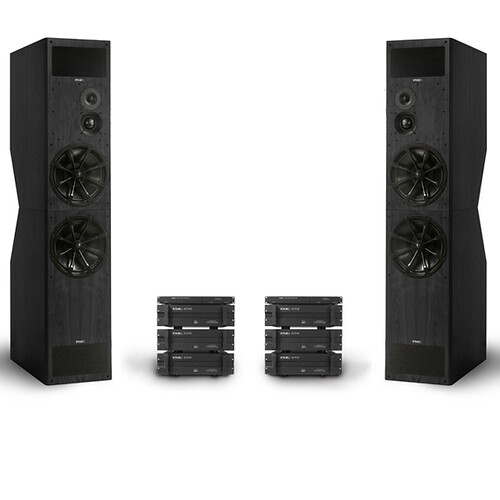 Another speaker I really like on paper and would love to hear is the Ferguson Hill FH001. I really like horn speakers when done well - and these have the beauty of near invisibility despite their size, however they only go down to 150 Hz and something really good needed for the bottom end. I’d think Wilson Benesch Torus but I’m not sure if max output is adequate, and I think 150Hz crossover is a bit high for them. 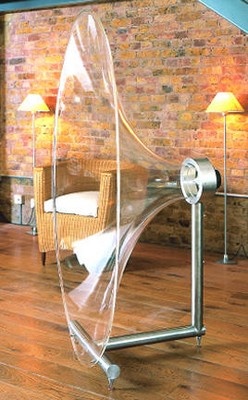 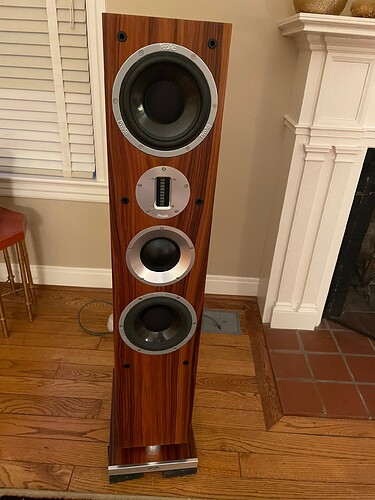 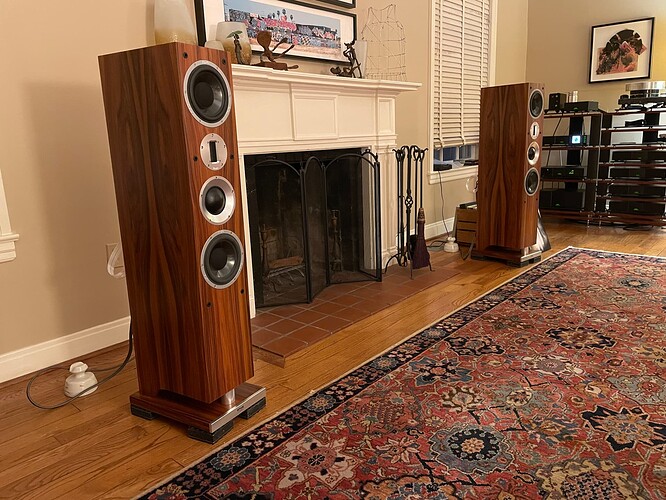 My wow speakers are in my living room. Proac K6 Signature. Having the larger midrange and woofer at ear level really makes a difference on the music I like the most.

Many years ago I listened to the Avalon Osiris I do not remember the electronics and they were very good, but I remember one of the songs was from Dulce Pontes the music was Canção do Mar, The room was big and I never forget it how those avalon made a real life huge presentation and filled the room with an amazing great sounding system. 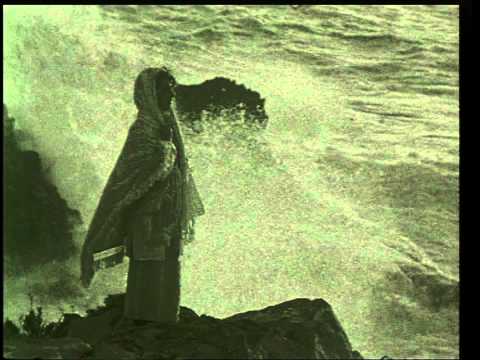 At shows I have heard a number of speakers that I thought were extraordinary including Grand Utopias, Sonus Faber Amati and various Wilson incarnations. Price aside, I never thought I could live with any of these in my home. My real world listening revelation was a pair of Harbeth HL5 XD in rosewood that I purchased and now love. The irony is that I was at the dealer to hear Spendor speakers that day, which I did like also by the the way.

Two stand out for me. A pair of Infinity Beta’s driven by Audio Research. Oracle table SME Arm. Big living room huge image that just floated free of the speakers.
The other was a very state of the art system at Harry Pearson’s house. It was the Genesis One system driven with Big CJ monos and CJ preamp. Can’t remember the phono stage but the turntable was a Goldmund Reference with the Goldmund T3F linear tracking air bearing arm, and Clear Audio Goldfinger cartridge. HP played a couple RCA shaded Dogs. Then a first pressing of Joni Mitchell Blue. I was just transported

Linn Isobariks on the end of an active 135 system made me go ‘wow’ in the late 80’s. So much so that I ended up owning a pair along with the active system. Then a friend replaced his Isobariks with DBL’s, which caused me to go ‘wow’ again. However, it was 20 years before I owned a pair of DBL’s. He moved on to Ovator S800’s and so did another friend. These are the only other speakers I’ve heard that can displace my lovely DBL’s and make me go ‘wow’.

Predictable I know, but every day I still get a quiet ‘wow’ from my Proac Tablette 10 Signatures.

I dislike big floormounted speakers, and anyway they’re impractical in my flat. A bit like massive telllies, I don’t like those either.

So standmounts it is. And the best standmounts I’ve ever heard are the Dynaudio Heritage Special. Had I the budget, I would buy a pair and they would do me forever. 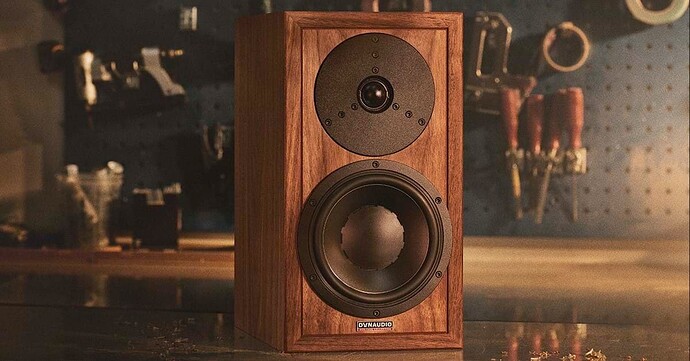 Anything with high sensitivity allied to the right amp.

Linn Kans in the early 1980’s at my dealer’s on the end of Linn LP12/Ittok/Asak / Naim 32.5/HiCap/250. Myself and the staff sat there mesmerised by the music. I’ve never, before or since, heard the Kans sound so good - and I had them at home as well. They sounded much bigger than they are and with rock solid bass that literally shook the floor. Most impressive though was just how incredibly involving the music was. One of those special times when everything just seemed to click into place and it’s always stuck in my mind.

A few stick in the memory.

The Allison Six - first heard in the early '80s, a huge sound with great bass too from such a small discreet and inexpensive box. Why this speaker, or something similar is not made today, I just don’t know - just a simple cube and a pair of drivers and a crossover. Still brilliant, but like any speaker that relies on careful boundary placement, likely to be room dependant.

Heybrook HB2 - first heard in the ‘80s on the end of a Sondek with a Quantum pre/power. Grace Jones’ Slave to Rhythm has just been released and was spinning on the Sondek. What a great sound from such small speakers.

The Linn Sara - back in the '80s, these were on the end of a Sondek/Ittok/Asak and a NAC32/SNAPS/NAP250. I initially thought these were ugly as hell but once I started listening that was forgotten. I just wanted to keep spinning LPs, many I didn’t know, but it didn’t seem to matter.

DBL - no introduction needed here. To hear a pair of DBLs, well set up, in a great room, driven actively…

JBL 4343 - all these needed were a Naim CD player and a Nait to get the hairs on my arms prickling like never before while listening to Neil Young’s Sleeps With Angels. WOW!