This is something I have been wanting to do for a while and with the advent of streaming services I am hoping that this is now possible as I should be able to plug holes in my own music collection.
Simple premise, listen to the complete Prince Discography, in order, one album per week, for 1 year. I’m no expert on this but a quick read on Wikipedia and we are looking at 39 studio albums. Some of these are now released as super deluxe versions, such as Sign O’ the times which I think is a 6 disc edition - these can have 2 weeks! On top of the studio albums, there are the posthumous releases from the vault, live albums, collaborations and works written by Prince for other performers. That lot should fill a year! Some weeks will be more enjoyable than others (Batman, I’m looking at you) and some albums might need a bit of research or purchasing (Black album release anybody?) Maybe i will post a quick one line review of each album as we go along. Going to make it more interesting by listening each week on as many different combinations of hifi and formats as possible.
Anyway:-

Rather you than me mate… Best of luck.

Thanks…he’s not everyone’s cup of tea for sure!

Mate, I fully recognise that he was a musical genius, multi instrumentalist, phenomenal back catalogue and a class leading performer…but yes, he is not my cup of tea, especially over a year!

He did write one of he best songs ever though.

You have my vote. Prince was basically god in my home.

Even the stuff that never sold was pretty darn good.

Still, I think listening exclusively to Prince for one year might drive me mad. I often play the same album over and over again. But I might have to pepper those periods with a few other things. A salad cannot be made with lettuce alone.

The world lost a genius for sure. 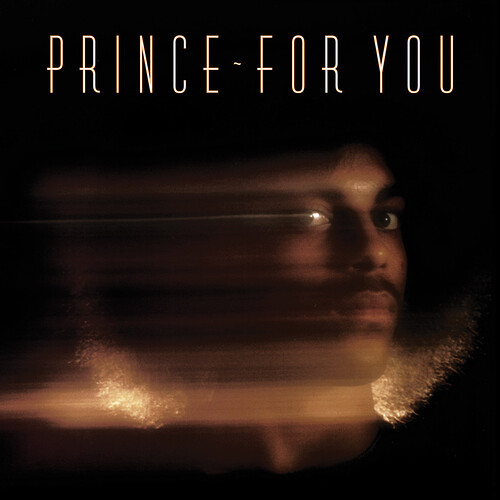 When Prince entered the studio to lay down the tracks on For You, the stakes were high. Not only was it a chance to prove himself to the world as a talented songwriter, multi-instrumentalist, and singer — but at only 19 years old, he was about to...

Scroll to the bottom and the albums are listed in reverse chronological order.
I’m a fan of Prince but have heard maybe half of those.

I watched a BBC documentary on Prince last night. Add that to your list

Which Prince album do you think has the best sound quality? Love him or not, his live concerts were masterful. Rare artist that other artists wanted to see Live.

Thanks for all the resources, much appreciated.

His live shows were certainly amazing. I grew up watching and rewatching lovesexy live on vhs, recorded in Germany, Dortmund I think. What a concert.
I saw him live only once at the O2 in London.
[https://princevault.com/index.php?title=All_Concerts]
This lists all his live performances, with some tours listing 2 shows per day covering the legendary aftershows, ticketed to start at 11.30pm with a set list of around 15 songs…

All the albums have superb sound quality in my opinion. Though I do love the sonic fireworks on track one of Musicology.

Didn’t listen to anything after the Come album. But the best sounding album was the Batman soundtrack, which was also his weakest album of the 80’s. From Dirty Mind to Lovesexy is on a par with Bowie’s run of studio albums from Hunky Dory to Scary Monsters and Wonder’s Music of my mind to Songs in the key of life.

Forgot to add, all welcome to tag along on this musical journey! I will post up the upcoming month’s albums so you can dip in and out if you fancy listening to favourite albums and sharing thoughts.

Think I will do the same with Genesis.

Don’t forget about the Syracuse '85 concert. Not an album but a VHS that Tidal has posted in high-res about a year ago. Still not the perfect sound quality, but the energy is quite something.

Week 1 (Jan 1st): ‘For You’ - 1978 - Comment: Some great tracks on this album - Highlights are ‘Soft and wet’, ‘Just as long as we are together’ and ‘I’m yours’, the last 2 sounding like they are lifted straight from a live show, he was still playing parts of these early songs years later in his concerts. Its crazy to think that Prince was just 19 when he wrote, produced and played all the instruments on this album…

Nice one. I bought the record recently. As you say, amazing talent at just 19 to sing and play every instrument on it. (Not simultaneously mind!)

…it’s hard to put this level of talent into a category really. Reading the link above, he played 27 different instruments on this album, 27! I’m racking my brains but cannot think of other examples of such early talent - Jackson maybe? He was certainly working at an earlier age, but with the exception of a few writing credits, he wasn’t playing the instruments and producing his own stuff, you get the feeling he was more of a product of a bigger team, although i’m no expert in his work?

Hope you enjoy ‘for you’ as much as I did, a few early listens of his next album ‘prince’, and I’m not feeling it at all!

but cannot think of other examples of such early talent - Jackson maybe?

Not even playing the same sport. Jackson was a amateur compared to prince. One was a talented pop star, the other a genius musician.

Maybe you shoulda warmed up with the 94 East album?

One of my faves from For You is “So Blue”, the HiRez DL is so intimate & sounds like he is in the room

You have a great journey ahead…