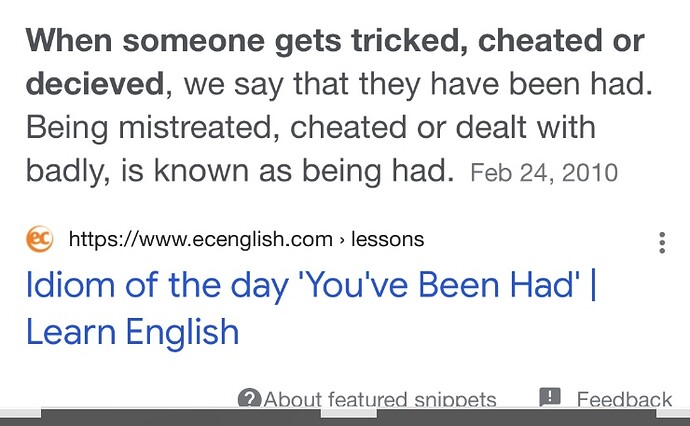 So the freshly serviced 252 has been warming up since last Friday evening and I am perplexed. It’s nothing like the descriptions I’ve seen on here.

It’s just a hair less forward than the 282. It’s not any less exciting. In fact it sounds faster, has more drive and the timing is just fantastic. The tones and textures are more refined but it’s not more relaxing or laid back than the 282. It’s just more involving.

I can’t even fall asleep listening to it because I’m anticipating the next note!

Yes, just goes to show that a lot of what is written has to be taken with a large dose of salt. The 252 DR and your 250 DR will be an amazing system. Enjoy.

Sounds like you’re a happy camper. “I’m anticipating the next note!” Is where we’d all like to be

Just say nay to the naysayers. The 252 is, and always has been, fab.

I was speaking to my dealer a couple of years back and he was never a big fan of the 252 (always recommended I stay with 282 and upgrade elsewhere based on my tastes) BUT he said he listened to one and that Naim must have made a rolling change as it was great. He was shocked. This dealer listens to all pre’s and is happy to reject if the sound is not exactly as it should be. In the end he changed his position and thought 2019+ were great and of course the service brings them up to current spec. This is a major dealer and one with a great ear imo. Maybe the earlier ones fit the profile as described previously but maybe not anymore?? Its a wonderful hobby ehh?!

The SCDR holds all the cards for 252 improvements the DR is a real game changer for this pre.

I’ve had my eyes on a 252 for years but with UK leaving EU chances finding one second handed has dramatically been reduced. I think I’ve seen one in Sweden for sale in 5 years time.

If one purchase a 252 from a store in the UK. Can they sell them ex VAT if second handed then? And if yes, can one list stores in the UK that normally get them in for sale (no linking but names I guess is OK)

Set an alert (saved search) on Hifi Shark and you’ll surely find one, they are really not that rare.
A shop could only sell it ex VAT if it’s new (depending on brand’s export restriction) or a demo model, but one of you needs to be outside of EU. I don’t think the shop can sell ex VAT a second hand item (even if in some countries VAT also applies on second hand items sold by a shop).

So the freshly serviced 252 has been warming up since last Friday evening and I am perplexed. It’s nothing like the descriptions I’ve seen on here.

You clearly haven’t read my descriptions on here… the 252DR is a stonking preamp, and arguably the most all rounded preamp of the Naim portfolio… it is more sympathetic to rough or heavily processed and many real world productions compared to its more senior cousin, the 552DR.

To be fair perhaps many peoples’ views of the 252 was with older non DR SuperCap and yes that version of the 252 didn’t bowl me over to the same extent… and arguably could have been called a bit too tame, but that all very much changed with the DR… it’s like a totally new model.

Most dealers use the VAT Margin scheme for second hand items where the dealer pays 16.67% on the difference between the buying and selling cost. So from the dealer’s point of view he pays a lot less tax which should give him more flexibility on price.

As Simon mentioned & as I have probably said here before, while not always the case, it seems in general most peoples negative view on the 252 was back before SCDR, like the 250 vs 250DR, it seems as though the sound signature between the two is rather different. I’ve recently swapped 282 for 252 powered by a SCDR & I too feel its a rather large upgrade all around. I do feel its slightly darker but not in a bad way, I feel the 282 was more “in your face” while the 252 is more neutral. At times I thought the 282 over emphasized the whole PRT thing (leg would be tapping on slow/laid back songs), while the 252 still does the PRT thing, it does it in a more natural way. As I age my music tastes have mellowed some, but when I first got the 252 I put on a number of different more “aggressive” indie rock tunes & the presentation though the 252 was still superior to the 282 to me.

Actually I have. You have always had the alternate take on the 252. Your posts are also the reason I made sure the 252 was on a Fraim

What do you mean when you describe the 252 as “darker”? It’s one those terms I’ve never understood.

The consensus here has always been in favour of the 252; the small minority of advocates for the 282 are just more persistent and more dogmatic. For me the improvement when moving from 282/SCDR to 252/SCDR was significant and immediately obvious. I said so once or twice in various 282-252 debates, but ultimately it becomes a fruitless discussion.

Thanks… at least somebody reads my musings

What do you mean when you describe the 252 as “darker”? It’s one those terms I’ve never understood.

Generally people use darker as just the opposite of saying a system sounds bright. So in this case, compared to the 282 the 252 is a bit less “in your face”, more refined sounding/removes a layer of harshness/takes some of the edge off. I find most non audiophile recordings easier to listen too.

So, the major upgrade appears to be the SupercapDR.

On my ‘journey’ the move from 282/250DR to 252/300DR was significant…
I could have very happily lived with this set-up…however I took an opportunity to go 552/500DR, which is very good. In terms of ‘bang for bucks’ the 252/300DR wins for me (hindsight) and I should prob have stopped there…but the itch has been scratched…