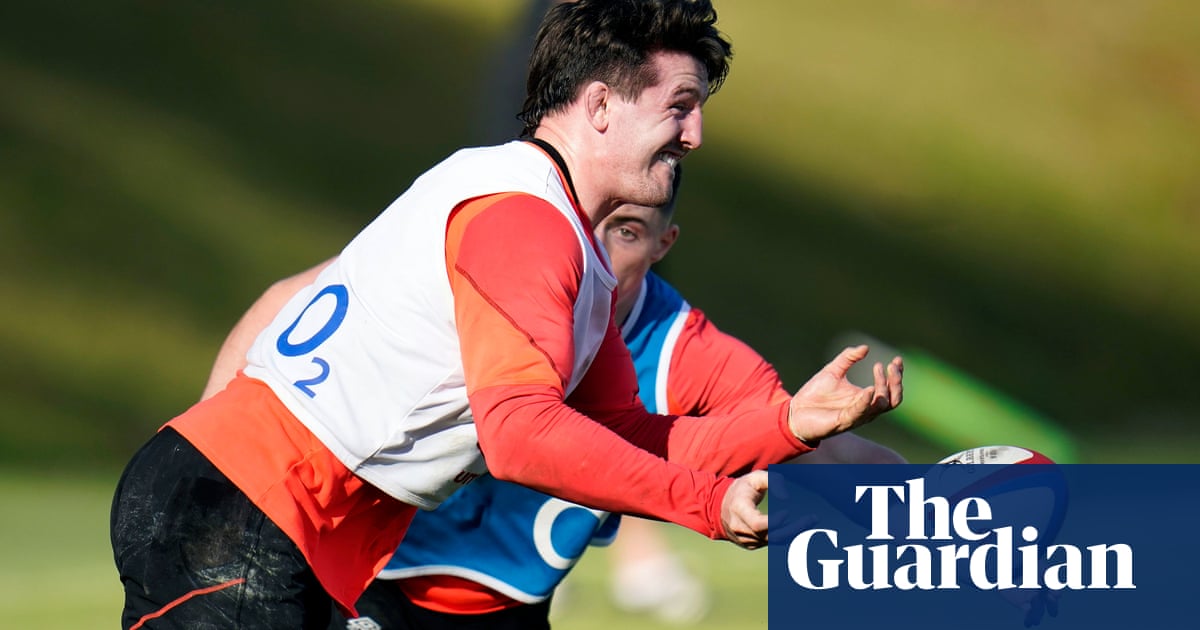 Interesting side to say the least, certainly feels like a pretty fresh start although forced by the loss of so many likely starters. I have nothing against Farrell but if he misses the whole tournament I think it may help for the future. For once it is Scotland with the experience advantage. At least Smith v Russell suggests the Calcutta cup might not be a kickfest.

France look like favourites with their key games at home. They played some great stuff in the autumn. Ireland might spark though and also good to watch. Not so sure about Wales

Anyone else thoughts on the matches?

PS Do we allow spoilers in this thread

Would have liked to have seen Itoje given the captaincy but in the big scheme of things I don’t think it makes a big difference - it’s how many natural leaders there are in the team that counts. I am a Harlequins season ticket holder and have obviously seen a lot of Smith ; he needs quick ball from the scrum half to open up defences and let’s hope Youngs can up his game in that respect . His partnership with Dombrandt , who is incredibly mobile , has been amazing and can’t help thinking England have missed a trick by having Dombrandt on the bench. Scotland have come on leaps and bounds over the last couple of seasons and I think the opening game will be a tough one for England .

As a Scotland supporter I am disappointed Farrell isn’t playing. England are more dangerous without him.

I think this one will be more wide open that previously.

Those players involved in the Lions tour learned a hard lesson from South Africa and upped their game. I think the coaches learned and improved too?

All teams have good strength in the pack but the difference will be in the half-backs. France have DuPont and Ntamak, and from what I’ve seen in the Heineken Cup club games they could be the game changers.

England need to keep their discipline. Scotland are improving but lack experience. Wales have a lot of injuries. Ireland still reliant on a lot of the old guard.

Can’t wait to see how it unfolds!

France
Scotland or England
Wales or Ireland
You Know Who

Re: the clash of red and green shirts for colour-blind fans (with CVD) during the Wales and Ireland game, surely one of the sides could wear black shorts, maybe black socks too.

We were always told to wear different colour socks than the oppo so the ref could see who was offending at the bottom of the ruck in days of yore!

Here we go! Lace up your boots and get ready.

Interesting selection for England - power and agility in the pack, look forward to see if Sam Simmonds can reproduce his stunning form with Exeter, and young ball carrying backs who are dynamic in attack but can look vulnerable in defence.

Can’t decide if Eddie Jones is just replacing his injured first-choices or whether he’s rebuilding for the next World Cup - in his words ‘New England’?

Scotland stay largely the same as last year and are going for consistency to build on last year’s success. And they are at home.

(p.s. I see on sixnationsrugby.com we’re top of the table !)

…but Ireland a very sharp performance for game 1.

England pretty blunt in attack I thought and some missed opportunities and costly errors. Scotland did better with less chances.

Perhaps a draw would have been fair? Ref obviously didn’t agree!

England looked like a team with lots of new faces. Not sure either side will challenge Ireland on today’s showing.

Well that didn’t go as well as I’d hoped !
Thought England did everything right but should have capitalised on their possession. Simmonds, Ludlum and Cowan-Dickie were immense. Real potential though for such a young team.
Very impressed with Ireland - well organised & disciplined. Played with confidence.
What happened to the Welshies? Really under par.

Smith taken off with 15 mins to go and at the same time brings on Dombrandt- oh Eddie.

I know, what was he playing at?
Shame, up until then his workrate had been phenomenal. But it all comes to nothing if you crack under pressure.
Eddie will put a positive spin on the game but he’ll be very disappointed they didn’t win.

Having watched the Ireland v Wales game and the way the home team threw the ball around from the outset and manoeuvred Wales all over the park, I thought the skill levels on display would be duplicated in the following Scotland v England match - not a bit of it.

Greenwood’s article in the Torygraph about his visit to the England training centre suggested the team had pace, creativity and (perhaps?) would have a different game-plan with Smith at #10.

Unfortunately, it was evident from early doors that England’s tactics were, as usual, to kick for territory (I assume), often deep in to Scotland’s 22, far ahead of any chasing players i.e. it was evident why Youngs was still in the side. Echoes of 2020, and we know how that turned out. England even started to kick in behind Scotland’s backs when attacking, eschewing any reliance on handling - why? - it gifted the ball away!

OK, there were new faces in the team but not >10. It became a trundle-up fest, with slow-ish ball. Someone needs to get Youngs to pass ‘from the floor’ not lift, then swing shoulders, this giving the oppo a yard or so start. Better still, get another SH in, who offers a proper running threat around the ruck & set-pieces, has a faster service, such that England can work plays off-10, as Ireland do.

In a game where the forward packs were even/England shaded things perhaps, the difference should/could have been at #10 and outside, yet there was little confidence to move the ball. And then we get to subbing Smith at ~60 mins in and bring on club teammate Dombrandt - what??!!!, leaving a plodding Youngs to play with Ford.

So very disappointing but all so very Jones IMV in appearing to have a mixed-up game-plan.

Something needs to change. As for Cowan-Dickie, words fail me.

Spot on HL. In attack England seem to choose contact X 2 then kick rather than space, and I don’t recall an ofload. In contrast Ireland’s variety and continuity were great. Gibson-Park such a contrast with Youngs, although it helps when you have so many options around you moving onto the ball.

It did feel likeEngland were playing their old fashioned game, and others have moved on. The back line was pretty disjointed, although I thought Smith and Steward were OK. Cowan-Dickie was pretty brainless but what is a hooker doing defending a high kick v a winger? More daft in my book was Marler taking a line out throw close to their line. Why not bring on the sub hooker?

Credit to Scotland (and Russell) who seized their moment. Van Der Merwe is a real handful.

Ire v Fra next week should be a cracker. Hard not to think that Scotland will beat Wales who were a sorry mess.