If anyone has one to recommend, I would be grateful.

If it is just to check sound levels during listening (to protect ears from excessive levels) then the mic on your phone/tablet in conjunction with a SPL app (often free) should be good enough.

I have 2 different ones i use for free on the iphone. They seem to be consistent and work well.

If you want accuracy you’ll need a proper, calibrated, meter. B&K used to be the big nane, but lots of others these days. Otherwise there are free phone apps - see this thread for some info on phone apps and things to be aware of in taking readings:

How loud is loud? Hi-Fi Corner

I saw recently a number of posts telling that the neighbors were complaining about the volume at which some of us Naimites were playing their music. I don’t have complaints from my neighbors and usually limit the volume to 60-70dB. But as a guitar player, I know that a 80-90dB range is more realistic. I wanted to poll the community members to know at what volume they play their music and what they fell is appropriate. PS: The volume (maybe it’s too French a translation) is measured using a re…

We used to use a basic Radio Shack meter for setting up levels on multi-channel surround systems, but these days I guess an app and a smartphone is all you need. 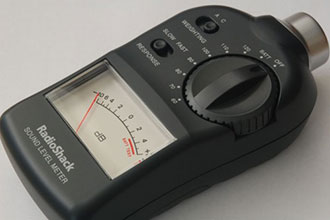 Hi Yoda, if you want to correlate Db output to frequency in your room let the paranoia begin

Looks like I’ve got a slightly more recent version: 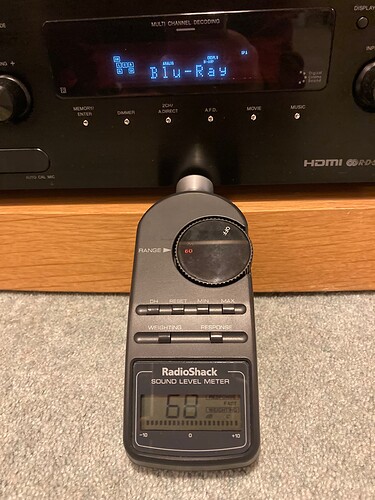 (No, that’s not where I put it when I’m checking my levels!)

I’ve had this about 15 years and can’t fault it. No idea how good the phone apps are - has anyone tried checking them against a calibrated meter?

No idea how good the phone apps are - has anyone tried checking them against a calibrated meter?

Depends on app and phone, and it differs. IIRC someone checked against a calibrated meter in the thread that IB linked a few posts up

Thanks for all the answers in here! Downloaded the “dB X” app and it seems to work really well. The graph here shows a small report from Dire Strait’s “Money for Nothing” via Tidal HiFi. But then it is not a big profit to get a conventional sound meter? Maybe it’s just money for nothing? 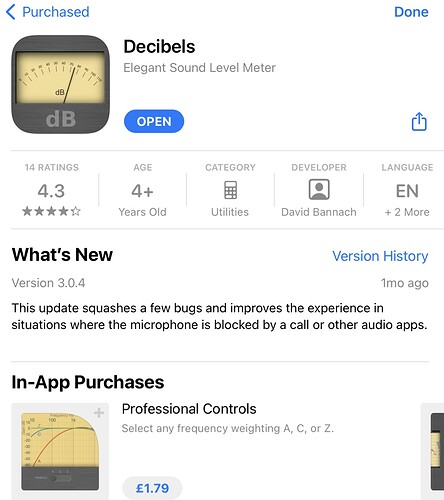 Why do farts smell?

So that deaf people can appreciate them

Downloaded ‘SPL Meter’ and ‘Decibels’, both have very similar readings/levels on the same music choice…whether they are both right or wrong, not sure, however at least consistent.

On the same phone, different apps will often have the same reading, but the sensitivity of the microphone is not the same between different phones. Many apps have a calibration setting for this (+/- x), but that’s not helpful if you don’t have a reference to calibrate against

One crude way is to compare the reading to the noise levels in the usual dB tables, such as “normal conversation = x dB, traffic = y dB”

What distance from source? It’s a bit meaningless without that info!

I would be concerned the phone & tablet apps will have the same problem.
.

Radioshack meter here. Tested it last month and it’s working fine. I bought it about 20 years ago. 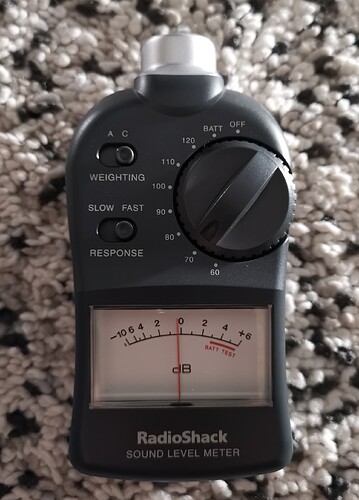 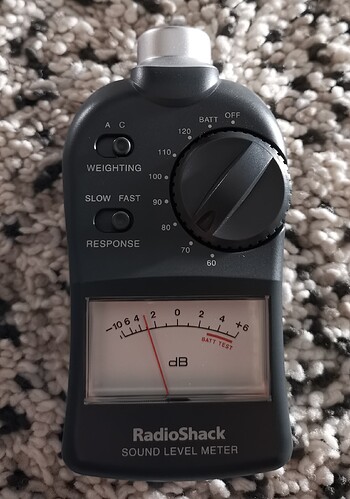 How exactly did you test it?

and should you use A or C weighting?