3.5 seconds of pure nostalgic joy as the world’s most famous steam locomotive - The Flying Scotsman - passes close to my house this morning on it’s journey from London Paddington to Winchester and Southampton. An amazing sound too. 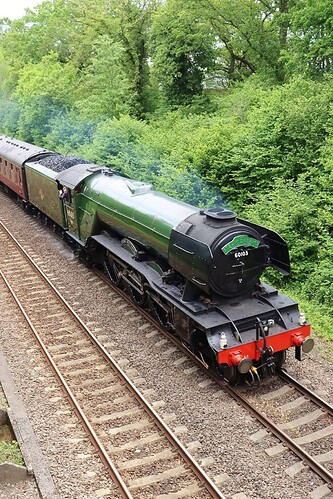 Is this the one which was in Top Gear?

Is this the one which was in Top Gear?

No, that was Tornado, I believe…

LNER Peppercorn Class A1 60163 Tornado is a 4-6-2 steam locomotive built by the A1 Steam Locomotive Trust. Completed in 2008 at the cost of around £3 million, it is the first newly built main line steam locomotive in the UK since Evening Star in 1960. It is the only example of an LNER Peppercorn Class A1 locomotive in existence, the entirety of the original production batch having been scrapped. 60163 is named after the Panavia Tornado, a combat aircraft flown by the Royal Air Force. In 2017,...

Thanks! I found that a good top gear episode.

I found that a good top gear episode.

I am sorry, but I find Top Gear to be just silly.

I once rocked up to Oxford station to find Tornado waiting to pull a mainline timetabled service. It looked, sounded and even smelt awesome! Sadly, the train I was there to catch was on another platform.

For me, born a solid decade after the cessation of mainline steam services, it was extraordinary to see a steam train running anywhere other than on s heritage railway.

A harsh description of his Audi…

born a solid decade after the cessation of mainline steam services

When I was born, steam trains were still the norm. From my childhood, I can (just) remember the noise & smoke they made, coming into a station. And… I was scared and hated them - !!

A few years later, on holiday in mid Wales, I saw the Talyllyn Railway - and was hooked… 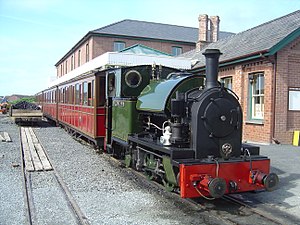 I am now a Member of the Ffestiniog Railway (which was the result of a later holiday inWAles) - and a Shareholder of the Severn Valley Railway.

To quote Bill Bryson: ‘there are thousands of men in Britain who will never need viagra as long as there are steam trains in operation’.