QNAP have released a new, moderately priced circa. £100, network switch: 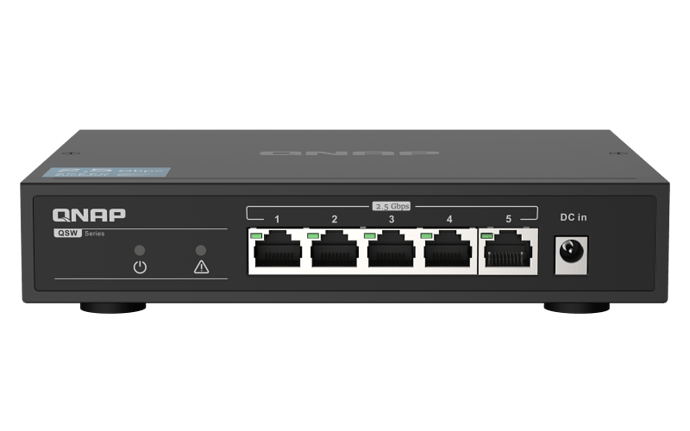 With five 2.5GbE ports, the QNAP QSW-1105-5T switch instantly upgrades your network to take advantage of 2.5GbE-enabled devices and NAS without requiring any new network cables. Featuring a near-silent fanless design and plug-and-play set up, the...

Do you have 2.5gig stuff on your network?

Good question. Probably not by the sound of it.

I was interested into how this fits in with other network discussion on the forum.

Well as to if it ‘sounds’ better that is of course subjective, I don’t see anything about this switch that makes it any better/worse to any other switch, with its only benefit I can discern being its faster throughput speed for supporting equipment. But then I dont subscribe to putting spikes under my switches.

I would probably not buy it just because of their BS about not having to upgrade wires, that’s nothing to do with their switch!

My only other thought is QNAP tends to be about a third overpriced for what they offer, no doubt better value 2.5gig switches out there.

Having a look around the price does in fairness seem reasonable for an unmanaged switch.

I’m curious at to why, of the thousands of switches avaliable on the market, this particular one has attracted your attention. Any particular reason?

Because it “ instantly upgrades your network “. As described.

It only upgrades it to 2.5Gb which is no use if your devices aren’t compatible. For example the legacy streamers are 0.1Gb! I think the new streamers are only IGb.

I think if you were serving CAD files to high end work stations and your Gigabit ethernet was stretched, this might be worth a punt. But I think they are probably irrelevant to audio unless by accident they happen to have made them particularly good for audio applications, as Cisco seems to have done with the 2960 series!

From the perspective of what a switch is designed to do, and assuming your switch is 1 gig, or in the case of these cheap old ciscos even slower, then yes it does upgrade your network.

It’s a new product and cost wise it sits between a blog standard unmanaged switch, from say Netgear or TP-Link, and shall we say the more “audiophile” options available.

Not even… from the Nova Specs page, new streamers remain at same speed as legacy:

It was a joke, a reply to Chrissu who asked why the OP had choosed this particular switch…The advertising says: “ it instantly upgrades your network “.

OK, let’s cut to the chase here. Since I am not aware of any streaming audio products that are capable of being “upgraded” to 2.5GbE, this switch is not any kind of a network upgrade for audio, affordable or otherwise. I also see on the QNAP website that the company’s intention, having sold you a switch that won’t change anything on your existing network (putting aside whether it might sound different - but QNAP make no audiophile claims for the product), they can then sell you adapters to “upgrade” your PC or notebook so that those devices might be able to communicate a little faster.

As for not requiring any new network cables, well you might if you have a long cat 5e cable that is performing to its limit at 1GbE, or are still using cat 5 cables which will work perfectly well at 1GbE over shorter distances. A cable operating beyond its limits will introduce data transfer errors which could actually cause parts of the network to run slower.

And while we are on the subject of cables, there seems to be a trend to use ever higher bandwidth cables (cat 6a, cat 7, cat 8) to handle data speeds well within the capabilities of 100Mbit ethernet. Such cables are going to be much better at carrying more higher frequency noise to your network audio device, which might be having a negative effect on SQ. Just saying!

Indeed, the new streamers (I guess it’s time I stopped calling them new) still use good old fashioned ‘fast’ 10/100 Ethernet, possibly because it’s less noisy than 1GB or higher, which is one of the reasons I thought it an unusual choice of switch for the OP to single out.

NBASE-T (2.5Gbps) is a downgraded 10GBASE-T based standard… sure use it on links where you are hitting link capacity and you have Cat 5e cable… but it is not very common. I am not sure I would bother.
At least it can run over Cat5e at least up to 100 metres.
I would personally go with 1Gbps, bonded 1Gbps or 10 Gbps which is more common, and if I need 10 Gbps at 100 metres then I would use Cat6A.

The point of the new standard is mainly to supply the next gen of WiFi access points with a single cable capable of running at speeds over 1Gb using existing cabling. This improves available throughput for PCs with compatible WiFi cards that can achieve over 1Gb wirelessly. General progress of things. Phil

I should add, one major advantage seemingly of NBASE-T Multigigabit over 10GBASE-T is its inclusion of PoE… so does support above post being ideal for commercial wifi access points which tend to be PoE using existing nominal wiring such as unshielded Cat5e.
So yes I can see advantages in using when retro fitting ageing infrastructure, but I think as I said before the big issue will be general compatibility.
Fortunately Multigigabit is not relevant for our streaming audio.

I hope OP doesn’t mind, but I have a similar question. My work IT guy (who’s not into music networking) has suggested that I upgrade my bog standard netgear switches with a Ubiquiti, see below. I’m a Luddite when it comes to any of this and would welcome some advice. 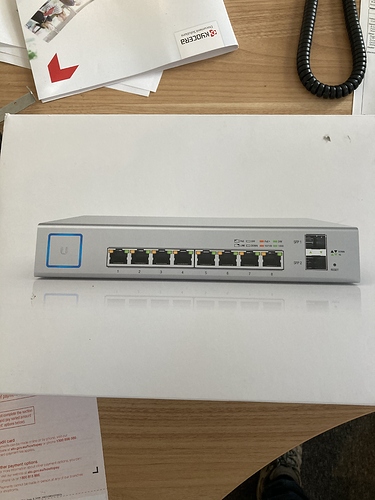 First of all, can I ask why is he suggesting this change?
The Ubiquiti switches are fine, but if you don’t need what they offer such as management or PoE I am not sure why you would change, it would appear change for change’s sake

I asked him about an upgrade and the availability of an good pre loved Cisco 2060.