Anybody have Mini Disc in their system?

In the late 90’s, just days before the iPod came to market, I had three Mini Disc players/recorders. That last one was the totl Walkman player/recorder that I justified to be able to record my violin lessons/practice. Most expensive thing I’d ever purchased up to that point. It was, however, completely worth the fiscal pain. Nice thing is that 24 years later it still works. In fact all three still work.

Was thinking about adding my full sized Sony Mini Disc player/recorder into my system. Never met another person in the US that owned a mini disc but I understand they were fairly popular in Europe and extremely popular in Japan. So anybody here have experience with and/or love for this obsolete format? Anybody still using one? When will Naim hop on the Mini Disc train to the recent past?

I had one an ES series. I thought it was cool. And like other excellent Sony ideas it never really took off and died a slow death. I’ve also owned a BetaMax Hifi, and some other Sony ES products… SACD battled with DVD Audio and they killed each other off, shame.

You still have it? Mine is just the mid level model sold at Best Buy. Think I’m going to listen to my Walkman MD tonight.

That’s made me chuckle. I had a full size MD player/recorder connected to my 72/140 system years back and even had an MD player in my car too. Pre iPod and the first lot of Sony Network Players it was a very useful and decent sounding format for convenience. They were indeed extremely popular here in Japan. You used to be able to get your blank MD’s right next to the blank VHS tapes in any 7/11!

The best was Blu-ray v HDDVD. Sony won because Toshiba(?) decided it was stupid because streaming was the obvious future. Still have my hddvd player and hope it never dies. Not sure if I can still get firmware updates via dial up modem…

Forgot about Blueray vs HD DVD score one for Sony! I sold off all my Mini disc stuff close to 25 years ago. When iPod hit I knew MD was done and then Sonos came along with true simple multi source multi zone plus streaming!

Think it used something similar to mp3 compression. My girlfriend made a point of telling me this and how it wouldn’t sound as good as cds. However it did fit in my shirt pocket or pant pocket which was impossible with portable cdp. So I told her “Maybe but i can make mixtapes and it’s cool”. Our relationship ended shortly after that conversation. Mostly because she met someone better but can’t help but believe her hardline audiophile tendencies played a role.

It was a proprietary Sony compression system that ala Betamax vs VHS Sony didn’t want to give away.

Does ATRAC3 ring a bell? She was right. But, the battery lasted a lot longer than a CD walkman at the time and, yes I knocked up the ubiquitous ‘mixtape’ of course.

Yeah one of my clients bought the original iPod with like 5GB storage which used FireWire connection so he also had to buy an iMac. He was showing it off to me and I was like “so how do you record on it? Oh you can’t? that’s too bad.” By 2004 I ditched the MD and bought an iPod.

Was looking online and the format didn’t die until 2013. Was able to buy a couple boxes of blank media around that time. Just in case…

Yeah she was right just like always. She had a turntable and I a five cd changer. Our relationship was doomed from the start.

Fortunately I met a woman who doesn’t even like music and we lived happily ever after.

Well - I’m surprised - The battery was a NH-10WM, Still available for delivery on Amazon Prime and plenty in stock! They used the same battery in earlier CD Walkmans also. People are clearly still using.

Yup that’s it what you said. Probably what really doomed MD was you couldn’t do a mix tape for the chicks cause only geeky techies had MD players hahahaha

The compression issue meant MD was probably always doomed never to be a proper hifi source… not that that’s ever stopped a format succeeding, of course.

The format I’m sorry never took off domestically was DAT. Slightly higher sampling rate than CD, recordable, could have been fairly portable… ah, what could have been.

Anyone here ever have a DAT deck in their home setup?

Well the trick was to then burn a cd from the mini disc or to a cassette if you wanted to give the impression you spent time on it.

I remember standing in Best Buy where I bought my first Mini Disc device trying to decide between MD and DAT. The DAT recorders were bulky and extremely expensive. The time required to move from track to track was probably annoying compared to cds. Using a tape felt like step back to the past vs an emerging technology.

At that time regular people had really just started using cds over cassettes. Other than recording bootleg concerts, the consumer use case for DAT felt limited. Same with MD. Even though I had 3 md players, I only ever made about half a dozen mix discs.

I have a Technics MD disc deck at home and JVC MD player in my Peugeot 605 old timer.
Very nice sound and options to play with.
In car system is JVC legacy system with 5 amplifiers and a crossover. 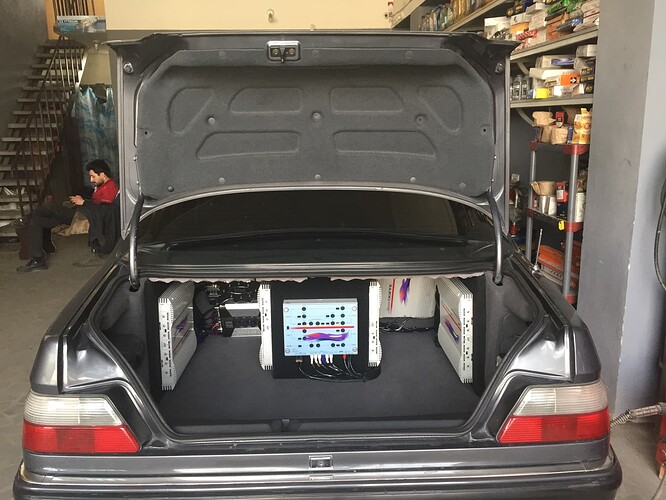 I still have a couple of portable mini disc players from the 90s. I remember never being really that impressed, despite the promises of each new ATRAC version. To be honest when MP3 arrived in portable players in the late 90s it blew ATRAC away and hastened mini disc’s death in my opinion. MP3 sonically was so much superior I gave up on MD, though at the time certain journalists tried to say the opposite. At the time I worked in the broadcast industry and it certainly didn’t to some of our ears

and let’s be honest and here in 2021, MP3 and the newer AAC are still prevalent, but where is ATRAC ?