It’s very addictive (although only one per day). 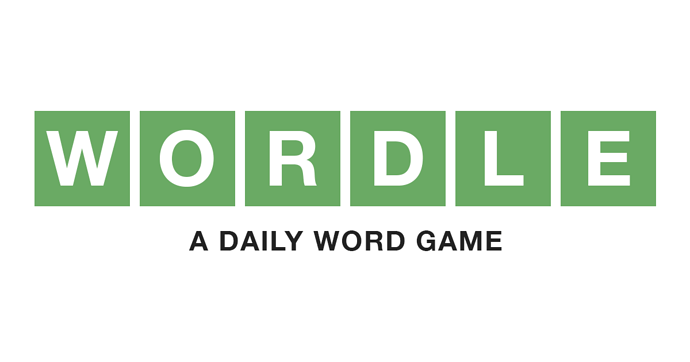 Guess the hidden word in 6 tries. A new puzzle is available each day.

Get to five greens/the answer within six attempts…

I got this at my first try:

But you only get six goes

Oh dear Rod, I’ve just been there, I can see this being addictive. Thanks (I think.) 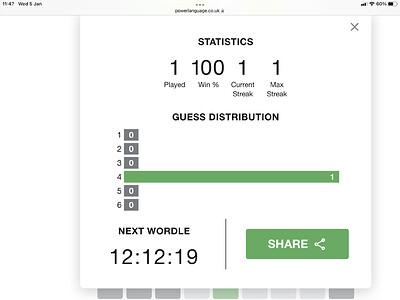 I haven’t yet, but did hear a rather nice interview with the inventor this am. Happy for it to be just some fun, and makes no money from it.

Same here. I put it down to beginners luck as I got three green and a yellow on my first guess. It’s good fun, thanks Rod for highlighting it. 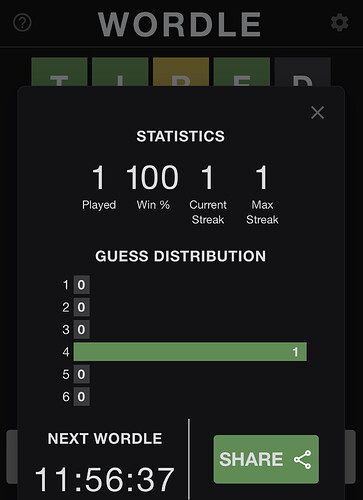 There’s a newish quiz on ITV called Lingo which is very similar. I think it’s a reincarnation of a TV show in the 1980s too.

Not yet. Heard an interview on R4 this morning, was nice to hear about an app that is not primarily about making the creator(s) lots of cash. 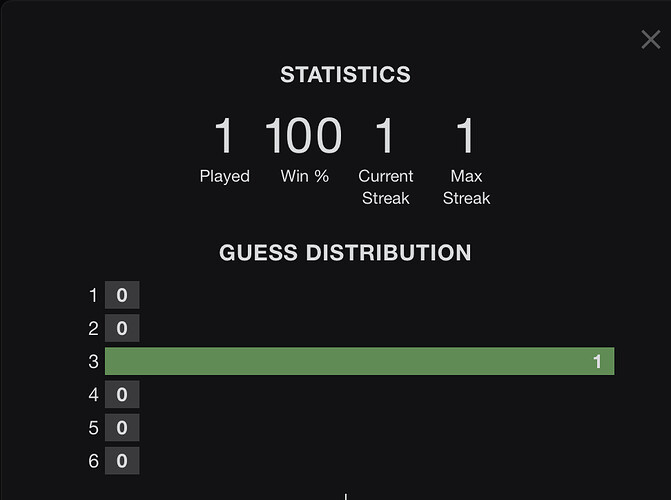 Is it the same word for every player each day?

Looking at HH’s first guess in his screenshot above, I’m pretty sure he got the same word as me.

Yes, it’s the same word globally, so HH’s screenshot is a bit of a spoiler/hint, but a new word tomorrow (for everyone) and then another every day.

Much depends on one’s first guess. I got one letter in the wrong place but was luckier by line two.

I see its made the bbc news site this afternoon, good luck to the creator, hope the site doesn’t crash under load.

The creator was interviewed at the end on Naga Munchetty’s programme on R5 this morning.
As an opener for the piece, the programme organised their own guess the five-letter word competition by dropping clues earlier throughout the show.

Somewhat incredibly, and to the audible astonishment of the guy that created Wordled, the word that they chose and today’s Wordled word of the day was the same. And it was not a set-up (well, if it was it was an incredibly convincing one).

Perhaps some producer had subconsciously heard today’s answer, otherwise it is a striking coincidence.

In two with pen and paper given H H’s crib. Will attempt tomorrow without looking on here first.

and very lucky second. (three right, all in wrong place) 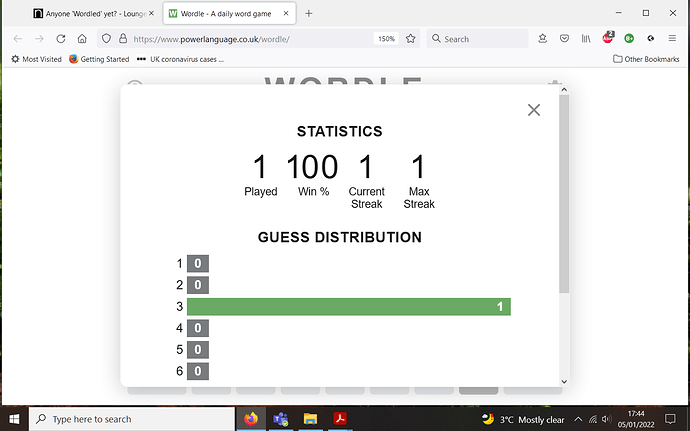 Great fun, thanks for posting!

Yes, thank you Rod. Set to be good fun as it isn’t too easy nor too difficult. I suspect that words chosen at random from the 12k odd available would be harder than today’s.

I suspect that if we wrote down the first 10 five letter words that came to mind then the answer might feature.

It was also in the NYT yesterday, so it’s going to blow up.