How are you playing the higher resolutions through a Naim streamer? I’m a bit confused as to how this will work through Airplay.

Personally, I’m not bothered with the high-res, so just streaming lossless via Airplay 2 and it sounds lovely. I might try the higher rates via my Oppo external DAC (USB connection) to the analogue input of my Atom later.

One of my big reservations about streaming, much prefer to buy new vinyl or CD for that reason. If someone is providing a service, I want them to be paid properly .

I have a Nova and listen to R3 , very pleased

This is why I love Apple Music: this morning I’m not sure what I want to listen to. The mood is…All India Radio. So I opened AM and re-played on the last song of the album I’d just listened to with Qobuz while clicking “autoplay” to play similar …haven’t heard of most of these and they are fantastic: 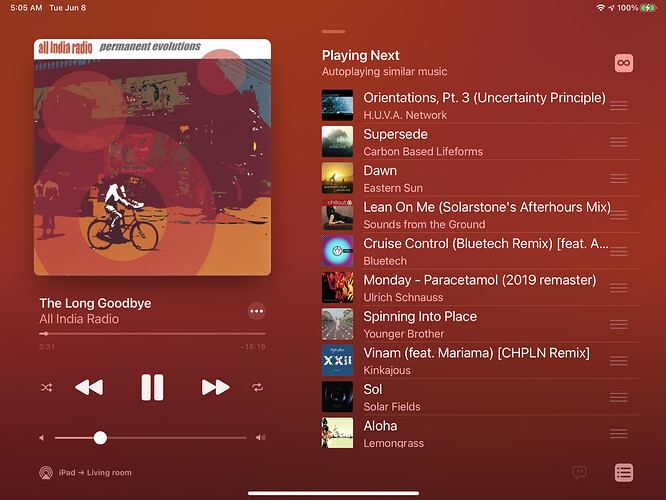 I love Apple Music too… I had Tidal as well, for at home, but I suppose that will go now… a little more Naim integration would be lovely now

Integration between Naim and Apple? Apple artwork shows on my Nova now and did with the Atom. And I don’t remember if when I first received the Atom that the Apple artwork did show. Also, have you tried Qobuz? It has outstanding quality hi-res.

Ahhh man… I haven’t got any speakers at the moment. Keep me posted on how it sounds. I am having a listen to the spatial audio Dolby atoms thing through my AirPods max. I have to say it sounds pretty good!

Where is this setting please?

OK…this is the first time I’ve seen this: 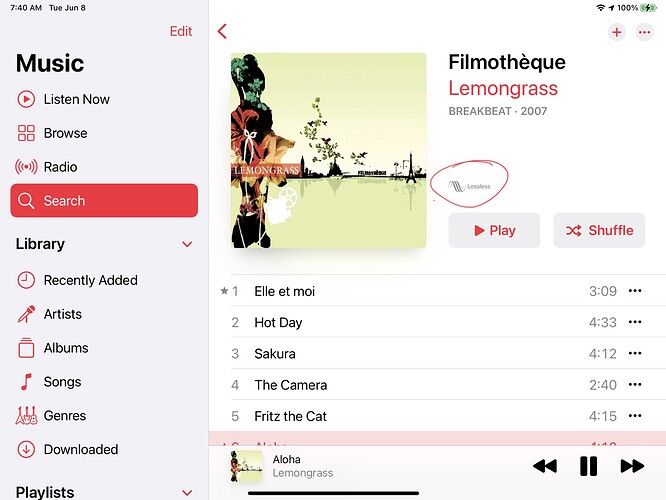 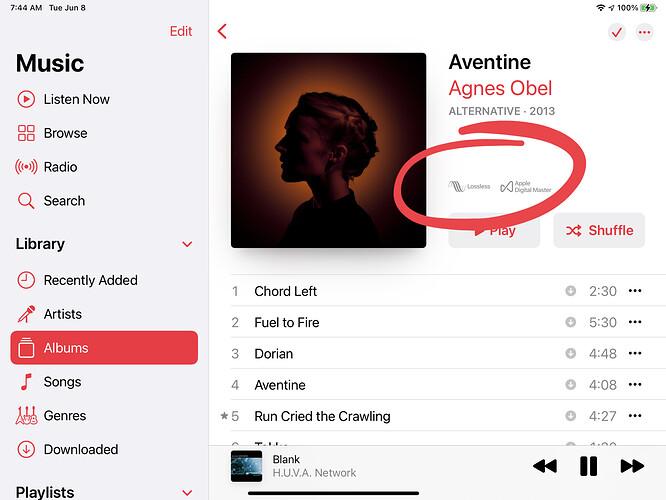 This is excellent quality…and…all my downloaded library is converted. That’s really nice.,I have 1470 albums downloaded in Apple Music. And it doesn’t count against my storage….ha…dummy. It sounded good then, BEFORE I switched my settings to hi-res lossless. Now…might be game over for me. I bought a year of Qobuz tho so they aren’t being cut out.

Hell…I thought it sounded good before. I went to Music and switched my settings…excellent….

But. Yes it’s good. Qobuz is still better, at least as far as CD vs Apple lossless. I haven’t compared the hi def yet.

So. How can I listen to my downloaded Apple Music offline? My iPad pro has a USB-C…

…how would you stream apple music lossless to the Atom? Only possible via Airplay, right?
Don’t like that approach too much.

My brother also has a family subscription; he plays it through a 32, and with a Nait 1, as does his daughter. I’m not sure what DAC the use, but it won’t be expensive.

We’re on the case with Apple…

In the meantime, Lossless is apparently streaming via AirPlay 2 to my first-gen Qb right now - and (like others) i am delighted to see some downloads have been updated to higher-quality at no extra cost.

Is there a reason we cannot see Apple Music Airplay stream bitrates in the Naim app?