Are Transmission Line Speakers Out of Fashion

I remember in the 70’s and 80’s transmission line speakers were very popular but I never seem to hear of them any more.
Have they just gone out of fashion or was there a fundamental problem with the design?

I think most of their range are TLs.

Cabinets are a more involved effort, might explain if there are fewer vendors offering them?

PMC is massively popular with forum members. All transmission lines.

Why do you ask

Not gone out of fashion at all! It requires great skill and experience to get them right but when done properly they are brilliant. I have a pair of PMC 25.21’s and I love them

From what I’ve read, transmission line speakers are quite a tricky design to get right, plus very labour intensive to build the cabinets, so not as straightforward as a ported / infinite baffle speaker. I think it’s only PMC and Kerr Acoustic who now still make them. A pity as when done well they combine the best of both ported and sealed box designs. I currently have my Rega Ela Mk1s in my main system and they are superb transmission line speakers.

And don’t forget at the lo-fi end of the market, any Bose product with the word “Acoustimass” in the name is also transmission line.

The bigger Shahinians also use a form of transmission line, albeit terminated with a passive bass radiator

I love my PMC Fact 12s on Townsend Podiums, and with no outlook to getting a bigger listening room they are my endgame speakers for sure. ATB Peter 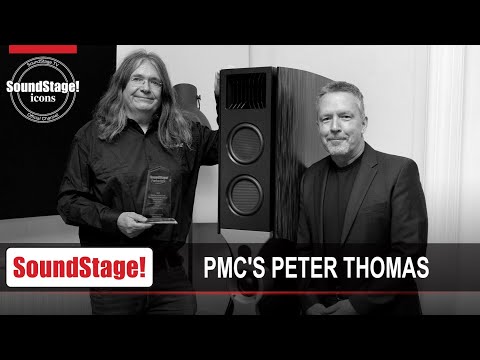 That’s a great video, worth watching again, thanks for the reminder

Not out of fashion in terms of users but maybe production.
I nearly went PMC but the infinite baffle of ATC edged it for me.

You’ve got a good memory

At the end of a long period of auditioning new speakers for my system (552 / 300 / CDX2 / Acutus) I finally went for PMC FACT8. Signature over Kudos 606, YG Acoustic Tor (new Peaks series standmounter) and the truly wonderful FinkTeam Kim.

I chose the FACT 8 because they are incredibly fast, and that transmission line delivers bass that challenges the perceived laws of physics beyond anything I have ever experienced. Try a favourite piece with plenty of low end and they deliver stupid levels but with stop-on-a-penny agility and with superb ‘tightness’. And all from two tiny midrange drivers firing through their transmission line. As others have said, I can well imagine that it must be a Herculean engineering challenge to get terrific musicality combined with such bass and in such a small enclosure…. Strongly recommended

I had read that the smaller pmc’s are not a true transmission line as they are too small. They are more of a folded quarter wave pipe, but I guess the bigger ones have enough line length to absorb the rear bass frequencies.

I have used PMC’s for 20 years now, had the FB1 + for nearly 16 years, I believe this was their first proper domestic speaker, definitely a transmission line. I now have the Twenty 26 which for me exceeds my previous speaker with its excellent PMC Midrange drive. If we go back in time, my very first floorstander was a TDL RTL 2, again a transmission line speak, these were great on bass and very exciting budget speaker but lacked detail and finesse!

Fashion? Yes they’re out of fashion, and always have been.

As already mentioned by someone, TL speakers are difficult to design - even with greater in understanding of the physics and development of design software a lot of trial and error is involved in design, and then they are complex to make, and as a consequence of both factors they tend to be expensive, and therefore not popular (even less so with the “source first” philosophy when equated to speaker cost). But they do bass like no other design, and for many people once hooked nothing else will do - certainly that was the case with me, hooked since my first pair acquired in 1975 or 76.

However I think there is a greater range of TL speakers to choose from today than ever before: Back in1960s/70s there was IMF, who at any one time only had 3, briefly 4 TL models in their range, Radford, withI think one, and Cambridge, with I think one design, and perhaps another I’ve forgotten. Over the decades that was probably a fairly typical average. Today PMC have, I think, a dozen domestic ones in their range, not including their in-and on-wall models (they also have studio models), Castle have about 8 models in their current line-up, and Kerr have maybe 4. Then there’s the B&W Nautilus, which is a form of transmission line. A company called IPL used to do one or two kit form TL designs, but they wound up a few years ago, however Wilmslow Audio do two of three today in kit form.

Whils many TL designs are large, nowadays some are available that are not - though I’m unclear about how well they work (I haven’t heard. PMC, Castle and Kerr all do some small models - but of course bass will be limited, perhaps making the benefit of TL less obvious. When I bought my first IMFs, the TLS50ii, it was bottom of their TL range, and although still a large speaker they said it was the smallest they could get the TL loading to work properly, their smaller models not TL.

Hi Dunc, any chance of posting a photo of your set up please? ATB Peter

Hi peter its the same really as it was with the fact 12’s apart from the rossini has gone.
The facts would resonate my cabinet at a certain volume and bass, now i get better bass and no resonate, so the facts must have been doing something the 808’s aren’t