I am starting to get my ripping setup in order so that I can leisurely rip my roughly 1000 CDs. I already ripped newly purchased ones over the past years but was pretty careless. So I am going to re-rip everything properly. Purchased the dBpoweramp ripper, Asset UPnP and a scanner (I have quite a few that have no or poor album art online). Happy so far with my first attempts to get everything right with as much automation as possible (filenames, tags) but a puzzle remains:

For album art in dbPoweramp, I tried reasonably high-resolution jpgs (like 1000x1000) from the online sources offered in dbPoweramp, and also tried my own scans with various settings, e.g. 600x600 with the jpg quality set to e.g. 80% in the image software. The source images all look reasonable on the laptop screen. The “folder.jpg” that is created during the rip still looks ok. “Size Album Art” in the Asset options is set to “no resize”. Playing the rip on the Nova after the upload to the UPnP, it looks OK on the Nova screen.

However, going into the UPnP folder of the album in the Naim app on a 10" tablet, the quality of the large album image is terrible and looks heavily over-compressed, e.g. with clouding in uniformly colored areas, transitions blurred, and details gone.

What can I do to increase the displayed image quality? I assume it should look more or less like the original that was used for the rip. Size isn’t really an issue. Is there a setting in dBpoweramp or Asset I am missing? Can I use png? Anything else? Thanks.

How are you saving the album art, in a separate folder.jpg file? Have you tried embedding the artwork in the files? I use dbPoweramp and get most of the album art from that and resize to 800x800 and it looks just fine on a 10" tablet 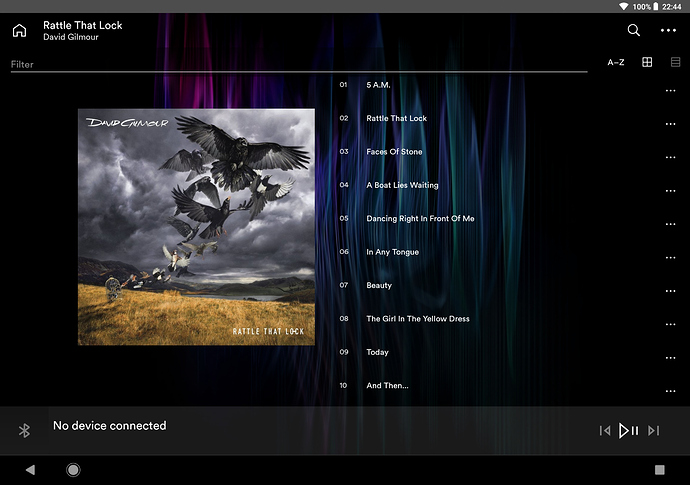 I want my art to look like yours! I do whatever dbPoweramp does, it embeds the art into the files and also creates a folder.jpg.

This is the folder.jpg that dbPoweramp creates (the texture is from the scan): 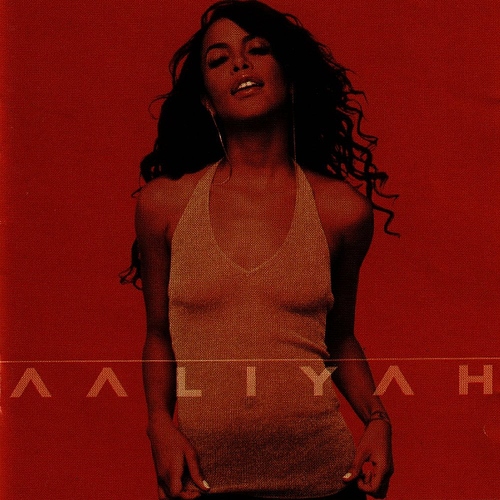 This is the screenshot from the app: 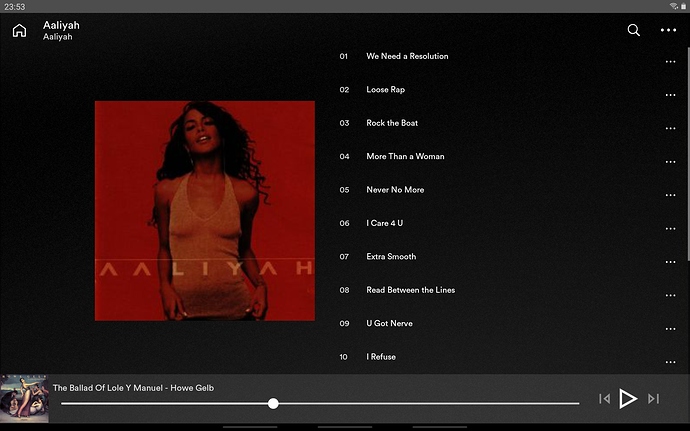 Using Asset/Naim app. you’re lucky if you’ve got album art. About 50% don’t show up in my Naim app. Although they are all visible on the SBT.

Both look OK to me.

Aaliyah is OK in both

But in the second, look at her hair getting mixed into the background, and the compression artifact of her right arm that’s running along her real arm. You need to zoom in a bit or move your head closer to the screen

When dBPoweramp rips, it generally finds really good art. If you are not happy you can choose load from internet and it does a search for alternatives. If that fails you simply search manually, save in pictures and then choose load from file. Unless it’s a rare album it rarely fails. When you rip try to use secure rather than burst mode. It will embed the art in a flac file so you don’t actually need the folder file.

I did try with the online art. The result is just as poor when viewed in the app. (I tried with my own scan only after the online pictures turned out so poor in the app). dB does embed the art into the files although I used burst mode (which is fine when checksums check out), it just creates the folder.jpg as well, and as shown above the quality of the folder.jpg is ok.

(For this particular album, the colors in all online pictures are wrong so I made my own scan. And I have quite a few rather obscure albums for which there is no cover art online, that’s why the scanner).

If someone cannot see the problem above, here is a zoom of the album cover from the app screenshot:

And again the folder.jpg as created by db:

DBPoweramp can only do what it can with the art that’s available. With decent art it works really well.

The available art is ok, regarding detail and quality (the colors don’t matter for this issue). The folder.jpg that db itself creates from the source image is also ok. It only looks like crap when viewed in the app. Look above

Looks to me like the tablet is identifying the image as being noisey, (produced by the scanning process). It’s applying noise reduction to the image, which is making the image blurred. Plus it’s highlighting artifacts around her body indicating the photo has been touched up. She not be as slim as the photo indicates.

Like I said, it looks the same crap with online pictures that don’t have this pixel structure from the scan. It does not matter which one I use, online or scan, same crap in the app. And again, it looks fine on the Nova screen. I doubt that the app is highlighting artifacts that are not visible in the source image, and if it does I want to stop it and just display the damn pic as-is.

And the artifacts in the app screenshot are exactly what happens when a jpg gets overcompressed, which for some reason must be happening in Asset or the app as it’s not there in the (ok) folder.jpg which I presume is the same as what db embeds, at it is db that creates the folder jpg.

When I install a new album, rip or download, I often look for better art on internet, dBpoweramp Edit is good for this. If it’s better, I embed it.
But whatever, I don’t sit looking at the art when listening to music.

Sorry, but I don’t know how many times I have to say that I feed a good quality image into db, it creates a folder.jpg during ripping that looks ok, it looks ok on the Nova, but poor in the app. This has nothing to do with the source image quality.

But whatever, I don’t sit looking at the art when listening to music.

Sorry that if I spend the time to rip a 1000 CDs I want the result to be good and ask the esteemed forum members for input on why it does not work. Which is clearly possible based on elverdiblanco’s screenshot above.

P.S.: Artwork outside of UPnP like Qobuz looks OK in the app of course

For that album, try this. Delete the folder.jpg file and then in dbPoweramp metadata editor, click on the Choose from internet button. That should find a 1400x1400 resolution image from PerfectTunes so click on that then click on the three dots next to the Choose from internet button and resize art to 800x800 and see how it looks in the app. That’s what I do with all my rips. I don’t have any folder.jpg files, the art is all embedded in the flac files

So I uploaded a bunch of albums that came with vinyl purchases and were downloaded from the label websites. The have the artwork embedded. The artwork displays in good quality in the music software on my laptop, with the image in similar size as it is in the app. However, the same artwork is overcompressed and full of artifacts in the image in the app, lust like Aaliyah. Something is wrong here, elverdiblanco’s David Gilmour cover further up clearly shows that it can work.

Hi. Sorry if you have already done this but I think I recall you need to enable “UpStream Artwork” in Asset settings to get higher quality art showing correctly. Someone on the forum has posted this - likely hh or Simon in Suffolk. Try it if not already enabled.

There is another setting “support server side album art resizing” which I have enabled also, though I have no idea what it does.

Finally, if you still can’t fix it I would post on the asset forum and mr spoon will likely find a solution for you.

I was advised by a few members on this forum to use Minimserver instead of Asset because it gives you better control of the Metadata/artwork. So, that’s what I’ll be using.
I’ve just received a Synology NAS DS220j and and a WD Red HDD, and I’ll be getting into it next week.