I’ve been digging out my SACD titles recently (and a few DVD-A, Blu Ray audio discs too) to listen to them and sometimes compare them to the CD, CD rips, hi-res streams, and vinyl if I have it.

I generally subscribe to the “it’s the mastering not the format” that ultimately matters most, so notwithstanding that, which SACD or other hi res disc or streams do folk rate highly over CD or vinyl, let’s say.

I’ll start with my most recent SACD, Bob James’ One, which to me sounds spectacularly better than the CD, vinyl and Qobuz 44.1 stream.

Even better than Vinyl?
By the way it’s a good album.

Even better than Vinyl?

I suppose “better” should read as a bit different to and at least the equal of the vinyl. But that sounded a bit convoluted!

I love the SACD.

As you can imagine from my site name I’m a big fan of the sacd format. I would find it difficult to name a favourite but can name a few titles that I feel sound particularly good.
Roxy Music-Avalon (21st anniversary hybrid edition).
Dire Straits- Brothers in Arms (20th anniversary edition and Mobile Fidelity release).
Dire Straits- Love Over Gold ( Japanese sacd and Mobile Fidelity release).
Steely Dan- Aja (Japanese sacd).
Paul Simon- Still Crazy After All These Years (Mobile Fidelity sacd).
Donald Fagen- The Nightfly (Japanese hybrid sacd and dvd-audio, both excellent).
IMHO sacd should have become the industry standard format. It might have helped to prevent the decline of the cd in favour of streaming.

IMHO sacd should have become the industry standard format. It might have helped to prevent the decline of the cd in favour of streaming.

Yes, in many instances I agree with that. Though some SACD I’ve heard are distinctly underwhelming, presumably as often they were simply upsampled from the CD and not truly high resolution masters.

I love Beck’s Sea Change SACD at the moment, an album which, like Aja, sounds spectacular in just about any format.

Roger Waters’ Amused To Death (2015) is a stunning-sounding SACD. I also rate the 2003 SACD of the Stones’ Let It Bleed.

The Can SACDs of about 15 years ago all sound great.

James Guthrie is a huge fan of SACD and the two Pink Floyd SACDs he’s done are excellent.

I second the opinion of Charles about the mastering rather than the format as like as the opinion of sacdfan, I am also a bit torn between CD/SACD…
Recently I spent sometime comparing Fagen’s The Nightfly on CD through my Pioneer PD-D9J, SACD and CD via PS Audio Nuwave DAC…
No real clear, unmistakably winner…
Except for one loser, the CD via the integrated player.
SACD was clearly the winner for the refined mid-high frequency, the CD via PS DAC was clearly better on bass-midbass frequencies. Soundstage was better on SACD.
So my conclusion is that one also need a very good SACD player to really take the best out of the format itself…
Nevertheless, it is sadly true that the industry dropped a great format much too soon

Just listening to that in 24/192 WAV and it’s spectacular.

The SACD sounds EVEN BETTER!

The SACD sounds EVEN BETTER!

That’s what I was worried about, as I’ve just looked up prices on Discogs!

Though the US version is a lot cheaper than the Japanese one. Was there a UK, or is it an AP only?

Mine’s from ABKO, marked as 2002, with a wee separate card which says "Inaugural Edition Hybrid Disc - 2002: and track 1 is “Gimme Shelter”, so the running order is different from the LP / CD.

So, is this the same one as yours, Kev?

(Though I don’t think there is a genuinely mono mix, so not sure if “stereo” isn’t just the norm).

Yes it is @dave-marshall . My mistake! 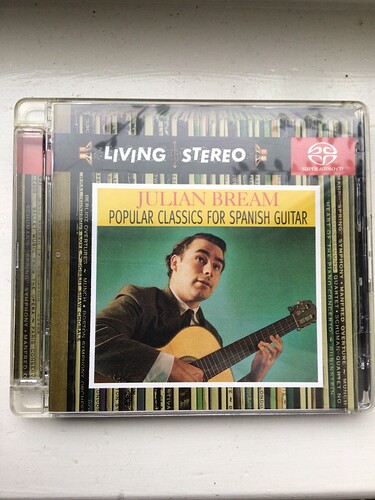 Working my way through some recent SACD acquisitions.

A very airy and natural presentation of one man and his guitar. Blissful.

No worries, Kev, it’s just that I’d hate to think that you had one over on me, where one of my favourite albums is concerned.

Of note, all of my SACDs have been ripped (the actual SACD layer) to DSF (no PCM converting nonsense for me!), showing off the DSD capability of my NAC N-272 quite nicely. 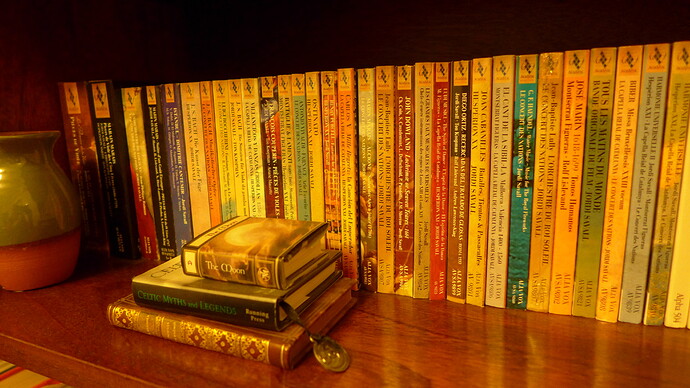 Completely agree about the Dylan and Elton John titles. All excellent.

A current album tip is “NOLA” by the group RED or also “Amulet” by Michael Moore & Paul Berner.
The recordings are first class and measured against the offered sound quality a real bargain. 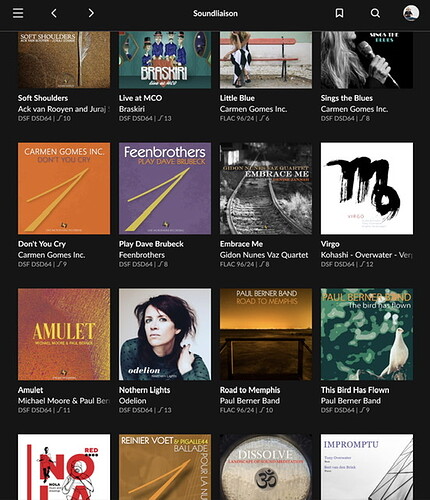