Boxing, weightlifting and modern pentathlon all dropped from the Olympics

Probably no great surprise, Weightlifting has a dreadful doping record, boxing has been mired in judging controversies and allegations of corruption, and Modern Pentathlon is just a mess.

Weightlifting has a dreadful doping record

As does pretty much everything else.

Admittedly the boxing coverage came as quite a visceral shock compared to the many more stylised adjudicated sport numbers on the last recent Olympics.

That would give the lady weightlifters a chance of competing in the Olympics.

Boxing to me is absolutely not a sport - how can beating the living daylights out of someone else be regarded as sporting? That and weightlifting have never held the slightest interest for me. Climbing on the other hand is far more interesting, though whether watchable as an olympic sport remains to be seen. I enjoyed the skateboarding this year - and the obvious cameraderie between competitors was refreshing (I expect the same for climbing and surfing).

I wish they’d drop team sports like football, a game that to me doesn’t fit the Olympic theme - and has is seemingly never off TV screens year round.

I’m not sorry to see all those sport disappear. There’s a few other sports that must be starting to feel nervous as well.

If climbing is to be included then it can’t be long before the sport I spent far too much time pursuing creeps in.

Boxing is one of the traditional Olympic sports though. Maybe they should transfer it into which contestant packs the Amazon box the fastest.

I agree, same with rugby and even golf.
They all have enough of a platform already.

Although to be fair, with rugby it’s the 7’s which is a very different kettle of fish to the 15 a side game.

Modern Pentathlon is just a mess.

Can’t say I know whether it’s a mess or not or why you say it’s a mess but isn’t it these kinds of sport that the Olympics gives a once every four years lifeline to? Without the Olympics, I suspect the Modern Pentathlon will cease to exist.

So boxing, which, like it or not, takes place in every country in the world, and is followed by millions of fans, is replaced by… surfing ??

A case of organisers losing contact with the masses again.
S’pose Hawaiians will be happy though.

I’d like to see orienteering added. There are some newish event types that introduce elements of teamwork and tactics. Suspect it will not happen any time soon. 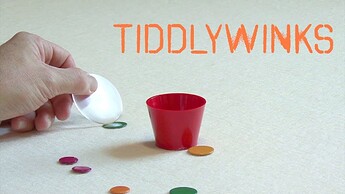 Do they play it in California ?

Agree with that, even as a big rugby fan.

Afraid it’s not just Hawaiians that are interested in surfing, it’s more popular than you think.

It’s a shame Olympic boxing and weightlifting have gone downhill to the extent they have as for me, they are sports that epitomise what the Olympics is ( should be) all about. I never really understood modern pentathlon, much preferring the traditional.

There is now too much at stake, too much money at play and too much pressure to win at all costs.

It would be great to see the cash stripped out and get back to the essence of the games. A level
playing field with no professional competitors, hard limits on sponsorship, limits on the cost of hosting, ban (legal) betting on results etc. Too late for that though I suppose.

There will always be cheaters but I genuinely believe many cheating athletes wouldn’t cheat if there wasn’t such massive pressure or incentive to do so. Also, if you take away the financial reward from the outcome, you take away the investment in finding cheats to beat the system, most of which doesn’t come from the athletes themselves.

I have played many sports for most of my life but I have all but stopped watching the Olympics. For too many events it’s become just a curiosity from a sporting perspective. A bit like the WWF wrestling, undoubtedly highly skilled and trained athletes but just a highly lucrative show, with the outcome being a business decision and a long way way from the genuine sport of wrestling.

I feel sorry for the younger athletes who put their heart and soul, blood, sweat and tears into competing in the Olympics. At some point they have to deal with the reality that they are not only competing against fellow athletes, but against greedy, powerful organisations and cheating on a massive scale.

It would be great to see the cash stripped out

That could be true about all sport but unfortunately it’ll never go backwards now. Sport is huge business, gambling broadcast rights right down to the shoes they wear. Money ruins everything but sadly without the money there’d be nothing.