For any other users having connection issues with the app I came across this. Apologies if this has already been covered.

BT is aware of an issue affecting users with BT Smart Hub 2 routers that causes problems with connecting to players in a wireless configuration. This is caused by a bug in the BT Smart Hub 2’s firmware (version V0.26.03.01286 ) which prevents devices on the 5GHz band from communicating with devices on the 2.4GHz band, and vice versa. Most of the affected users have iPhones running iOS version 14.4.2, but we have seen other types of controller, such as Android devices, affected by this issue as well.

It seems the workaround is to disable 5GHz until BT release new firmware in a few weeks.

thanks for info - may well explain recent probs with app/streamer losing connection at least once a day (android/muso2). fingers crossed on the fix

Not sure relevant (a non-techie me) but I’ve just had to change some Network Connector settings on my lap-top as something in a Win10 update has ticked the power save box, which appears to be causing cut-out issues for some.

Yes it appears some revisions with the latest firmware of the BT Smart Hub 2 have issues bridging the 2GHz and 5GHz access point WLANs.

This has been suggested to some forum member with issues and solved their issues for the time being.

I’ve disabled 5GHz for now until the firmware is fixed. My iPad and iPhone both connected to my Nova immediately.
Also now able to print on my network printer… oh the joys

Seems this bug is affecting a range of devices - including Sonos 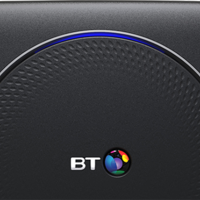 Update 4th May 2021:BT have let us know that they are working towards pushing a fix to affected routers over the next 4-5 weeks. This will be rolled out in waves due to the high number of BT Smart Hub 2 units in customers homes, as well as making...

Yes the bridging issue if you are affected will affect anything that has one part on 2.4 GHz and the other on 5 GHz… such as a control point.

Anywhere where all devices on your wifi are either using 802.11g or 802.11ac won’t be affected … as they operate on only 2.4GHz or 5GHz respectively.

Many modern devices will try and operate at 802.11ac because of the better performance so in which case you should be fine.

Unfortunately legacy Naim streamers only go to 802.11n, so if using an iPad or modern Android device and wifi connectivity to the legacy streamer, there is a high chance you will run into the issue.

Remember for Naim this only affects streamers that are wireless connected, and this issue has NO effect on Ethernet connected streamers.

I had noticed my Gen 1 Muso & QB’s we’re taking an age to appear in the App. Turned off 5 GHz and like magic they are all there almost lightning speed!

Thank you guys for bringing this to my attention. I also whilst on the BT router page did a quick channel scan and it went from ch 6 to ch 1. I don’t know what effect this has but collectively things sure seem zippy!

Is there any reason when the software glitch gets sorted by BT for me to switch on 5Ghz?

Always had problems with my 272’s Wifi, with various routers etc. Bought a separate BT complete wifi disc on eBay (for use with BT smart hub 2), hard wired into the disc and have never looked back.

Best 100 quid upgrade I’ve ever made.

That is really useful, thanks.
I have been having problems like this with my Qb2 and Muso 2.
Here’s hoping the fix from BT works.

Thank you guys for bringing this to my attention. I also whilst on the BT router page did a quick channel scan and it went from ch 6 to ch 1. I don’t know what effect this has but collectively things sure seem zippy!

Hi Dusty, yes it appears your BT router has detected interference and changed the radio channels to minimise the effect from it. This will mean better signal to noise ratio, so data moves more effectively and quickly.

As mentioned above of course, this bridging issue may only affect streamers connected by wifi and NOT Ethernet, and will be prone, but not limited to the first gen/legacy Naim streamers not using 802.11ac

When it is sorted you should switch 5Ghz back on, as in the meantime all the connected devices in your house will be fighting it out on the 2.4 band.

We’ll keep people updated; I’m a BT user myself, so will be monitoring for updates.

I had a terrible time connecting a Node 2i to my BT hub 2. In fact I sent my first Node back thinking it was an issue with the device. I eventually solved it by wiring it directly. I also had a problem connect some additional blink cameras wirelessly. This was eventually solved by rebooting the hub.

Does anyone know the easiest and most reliable way to extend a BT hub 2’s range? Would the BT 11ac range extender be a good buy or should I be looking at something else? I’m not that technical, so just want a simple plug and play solution.

So there are 3 solutions until BT issue a fix:

the issue only effects wi-fi; hard wired products are unaffected.

It doesn’t appear to affect 5GHz with tablets & phones loaded with the Naim app
My iPad with the app (plus iOS & Anrd phones) seems to OK & are switching around 2.4GHz, 5GHz & the BT Disc (5GHz) as we move around the house & area without problems

I wanted ro try Amazon HD with my 272 ,so bought a Node 2. Nothing worked, various routers, extenders etc. couldn’t hard wire due to positioning in house. Back to Tidal and returned the unit.
As I said above, tried many extenders etc. nothing works as well as the BT black complete wifi disc, in conjunctuion with Smart Hub 2. My disc

The problem isn’t with the iPad/iPhone, it’s with devices they’re trying to connect to - from printers to smart home products to speakers. Essentially, the BT bug is preventing devices on different wi-fi bands (2.4Ghz and 5Ghz) from talking to each other. This means if your phone/tablet and Naim product are not on the same band, they cannot communicate – it is as if they were on completely separate networks.