Can't wait for my new bike

hope he takes it relatively easy on the throttle! 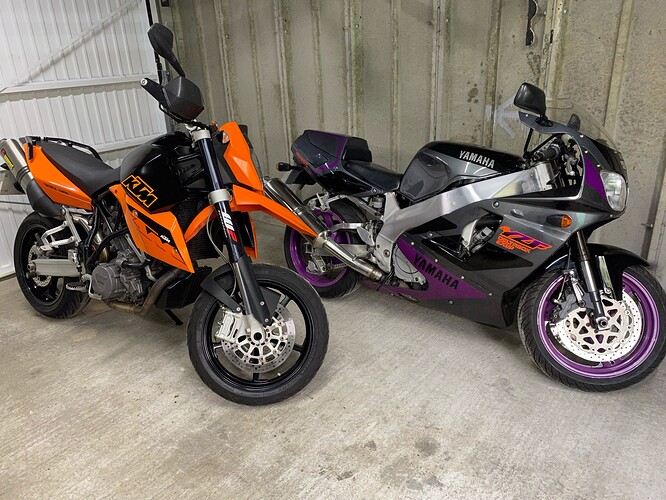 I bought this in 97 and it took me everywhere until last year. 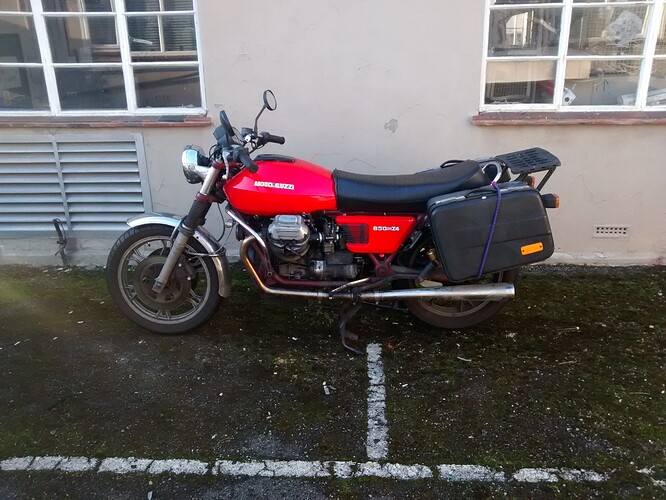 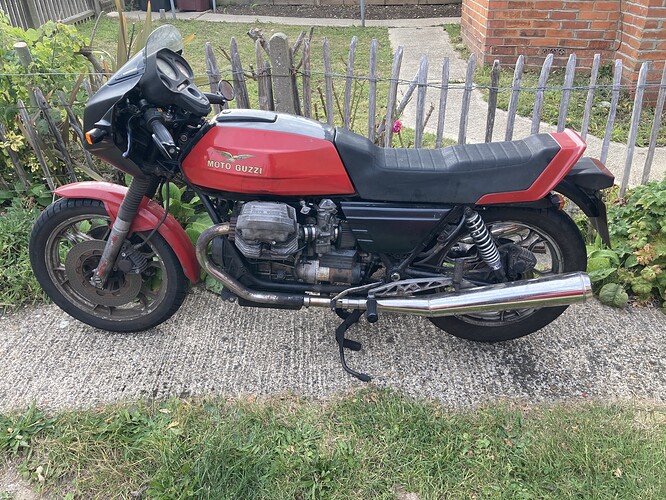 image2016×1512 1.84 MB
Which wasn’t all that often. I was given this by a friend, it took me a few years to get it this far but it didn’t really fit me and I eventually sold it last year as it was getting painful to ride.
Then there’s this one 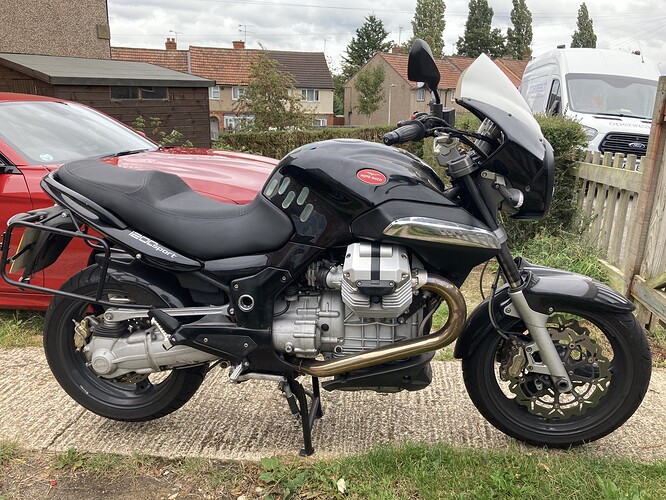 image2016×1512 1.48 MB
Lighter, faster, no torque reaction to speak of and very adjustable suspension but more top heavy and I missed the linked brakes.

A few years ago an aunt died and left me a bit of cash, I could have bought a 552 but I decided I was having a new bike for the first time since 1982. The Guzzi T4 does everything I need solo but two up it’s a bit cramped. I tried various options, the 1400 Guzzi California, a Harley, Three Triumphs, and I would have bought the Rocket 3 Touring if Triumph hadn’t discontinued it while I was deciding, eventually I ended up with a red Indian Roadmaster. 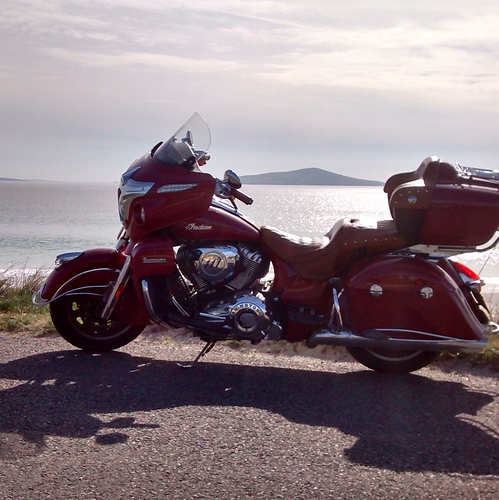 Absolutely fantastic young man, they are a superb piece of two wheeled machinery, I have had a great many bikes in my riding history, and presently ride a Yamaha xj900, which although being 25 years old looks more like one year old and has just 16k miles on it, a rare beast I think, well done I can see why excitement levels must be high!

Hats off to him. Long may he keep it up.

It reminds me of a few years ago when I was waiting to start the National Rally and I was chatting to another participant about to set off on a BMW K100RT. He had decided to do the Special Gold (in effect a 600 mile overnight ride) as it was the 60th anniversary of the first one he did!

I prefer traveling on my dual sport bike and have ridden a number of places around the globe on KTM 950s or single cylinder enduro bikes in more remote places.

KTM 950 Superenduro on the Carretera Austral in southern Chile. 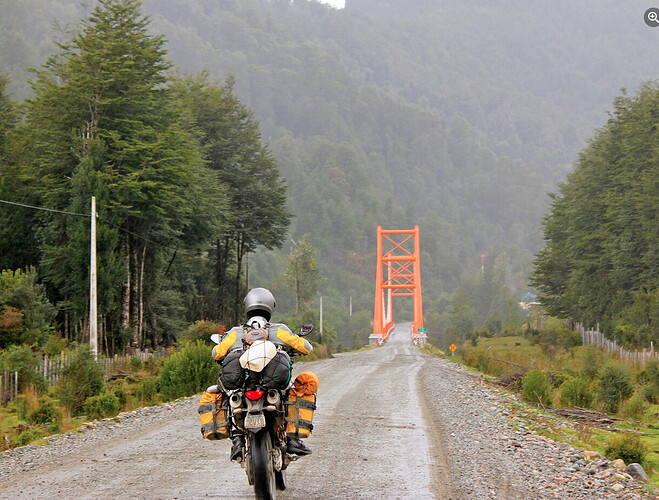 And the Bolivian Altiplano. 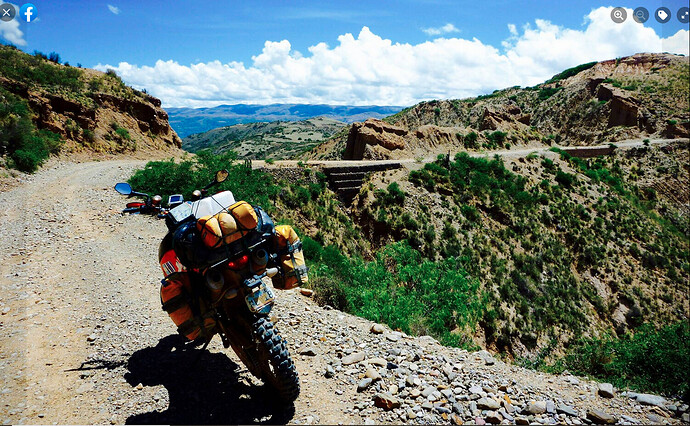 British Royal Enfield Machismo heading up the summit of Baralacha La in the Indian Himalayas. 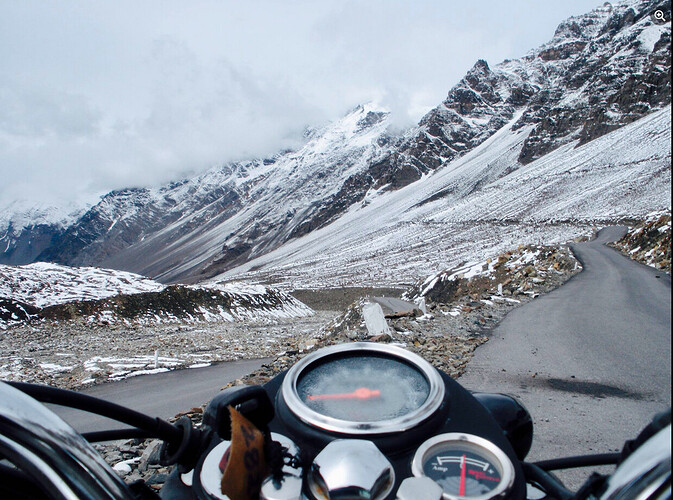 Honda XR with e start living out of a backpack in the Cambodian jungle. 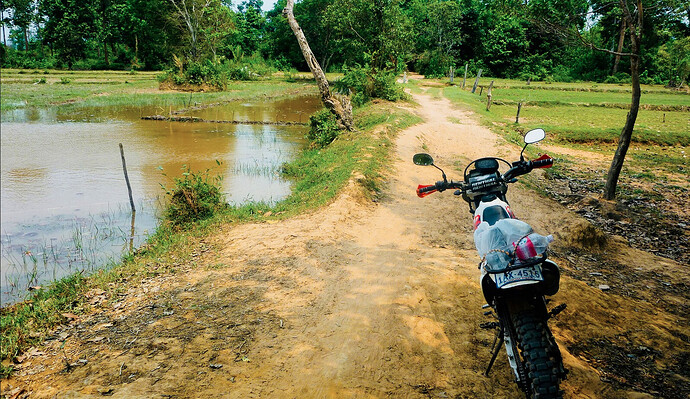 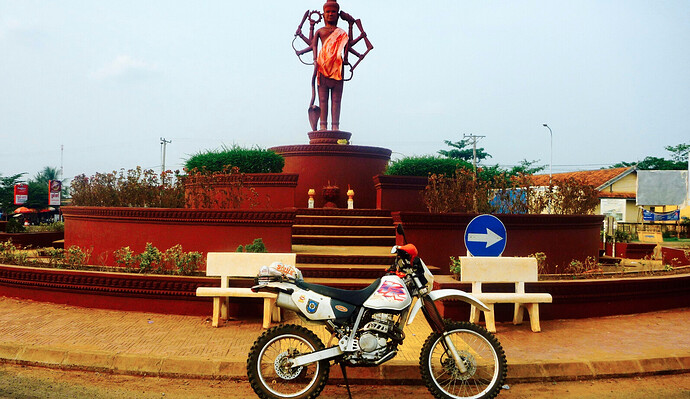 I moved to the US southwest to get closer to the phenomenal riding we have here.
KTM 950S Adventure on the White Rim Trail in Moab, UT. 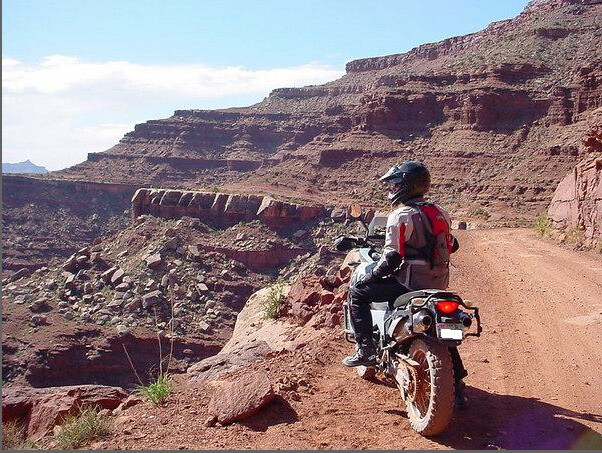 When I’m riding locally I like to be on my BMW Boxer road bike. 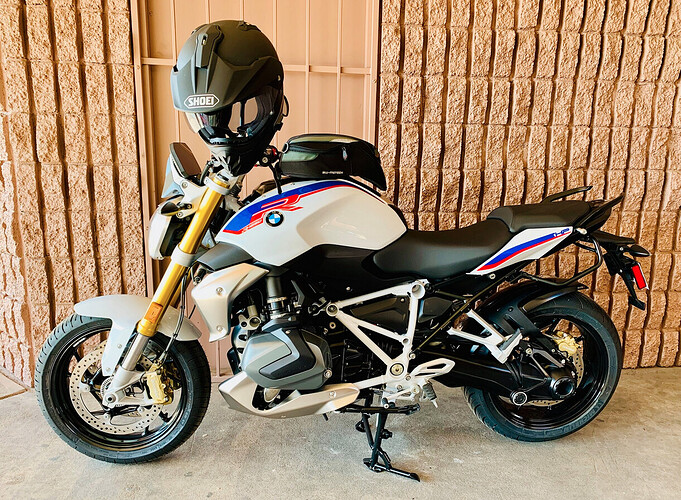 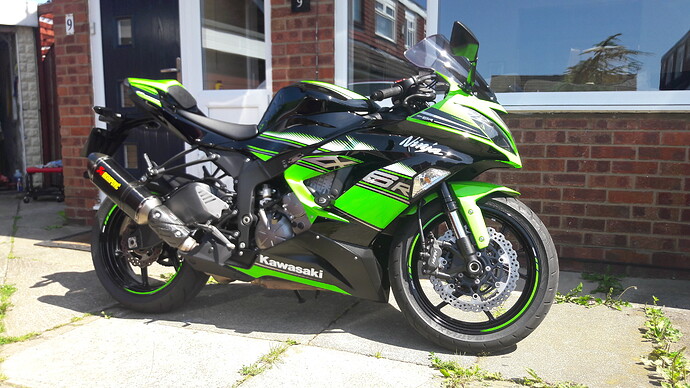 Used to have this. 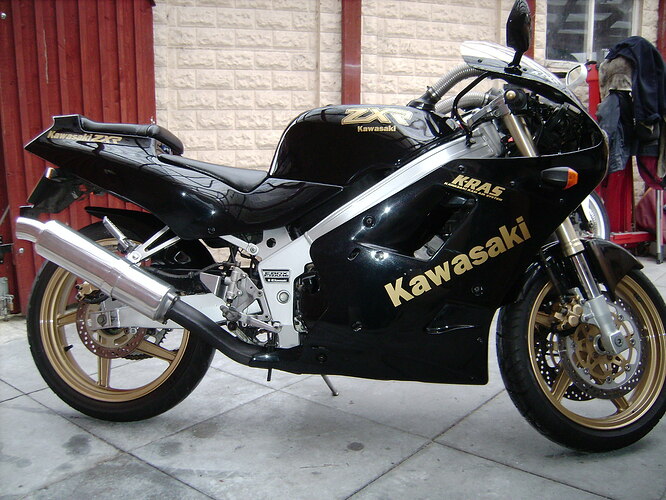 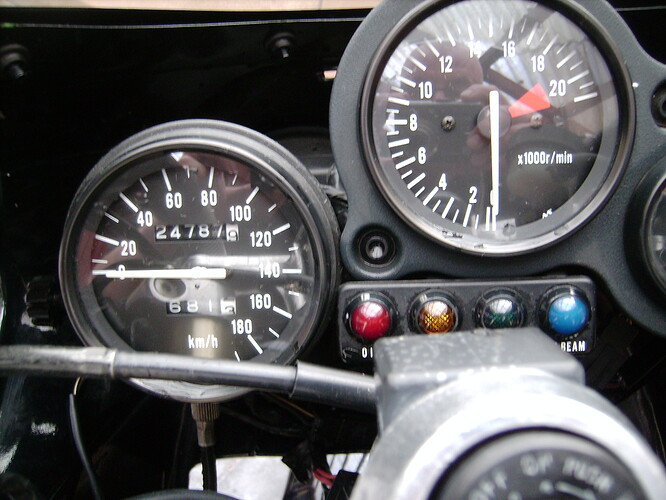 Love bikes and can ride but don’t as I know for a fact I’d kill myself! 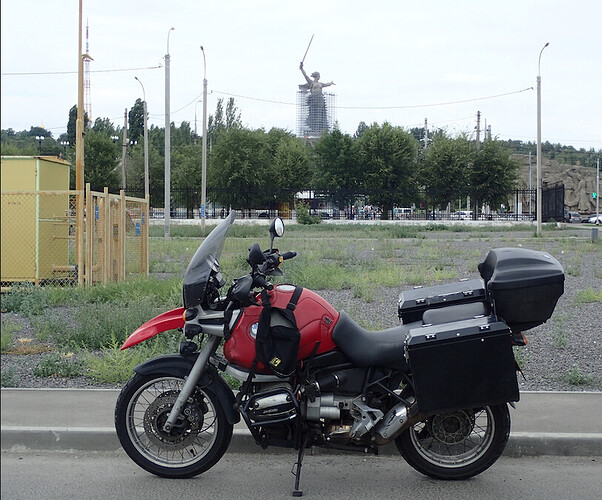 Fully understand. I stopped riding when I was about 20, then moved to cars, then realised that if I drove a bike like I drove a car, then I would be dead in a week. What finally changed was being a parent, and realising I had a dependant. My driving got better, brought a bike and just use it in the sunshine for fun. I did also drop the bike on my first outing at the mini-roundabout at the end of my road. So sad to see all the scratches on this brand new bike. Extremely embarrassing but taught me a lesson. 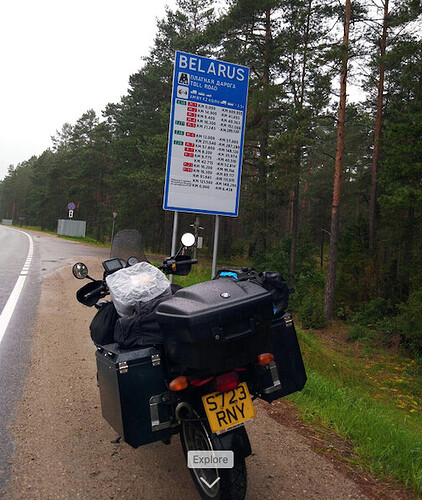 Another trip, this time we went through Belarus in 2017. At that time it wasn’t so easy to get a visa to visit in your own vehicle but they opened up the area around Grodno. Frankly it was a little disappointing, felt like Poland with lots of statues of Stalin around. A year or so later it became easier to travel and we (two friends and I) did another trip to Belarus but this time riding from Lithuania to Minsk and out into Ukraine. 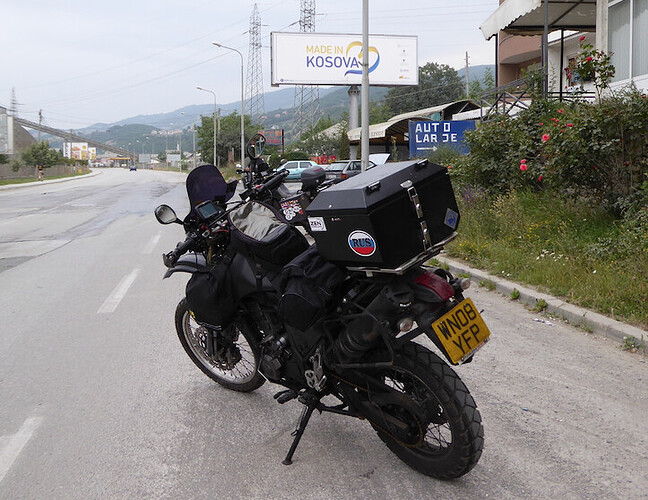 And another bike, another trip, a Yamaha XT660 that I’d done a fair few modifications for travelling- the luggage is off since I left it in my tent for this day trip to Kosovo from North Macedonia. Kosovo was a little sobering, obviously a lot of poverty but also a lot of military; vehicle convoys (peacekeeping- KFOR) and an awful lot of litter. 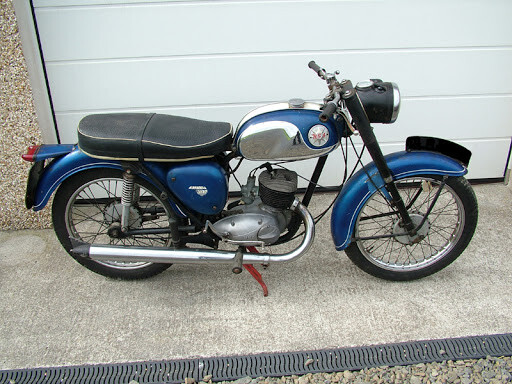 I used to have one of these! Not quite the same but still fun 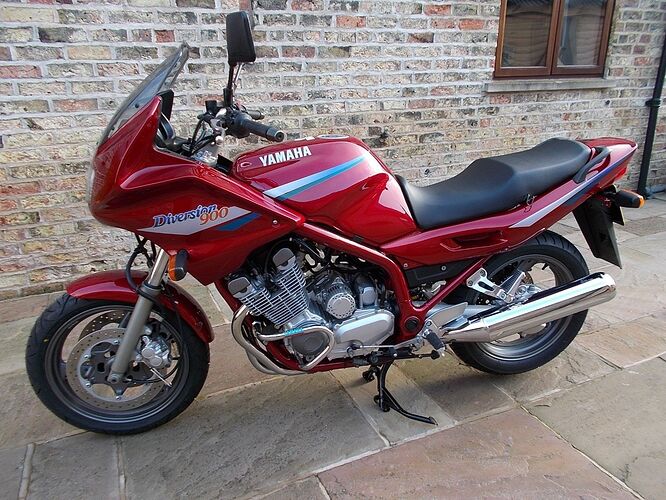 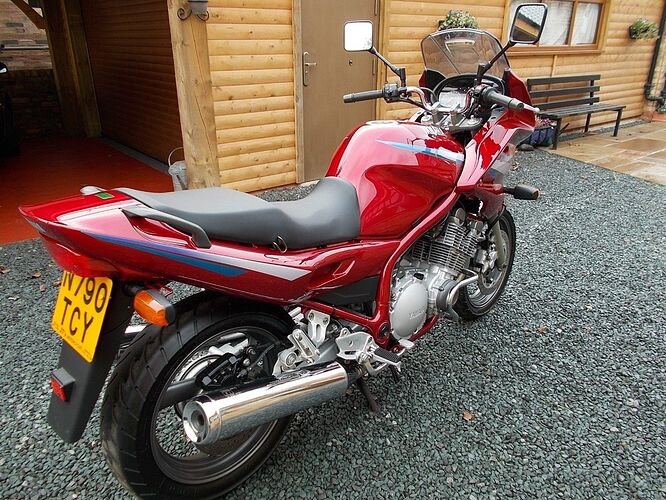 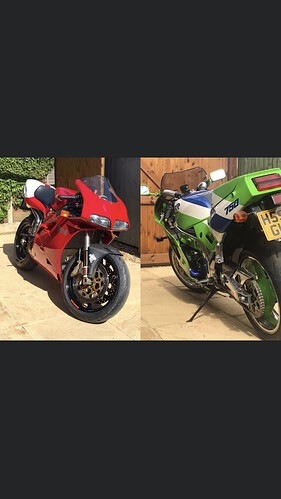 One of the nicest looking 750s of that era. Wish I hadn’t sold mine.

It’s an H2 but I’ve put a ZX7r font end on it, owned this one for about 13yrs and the 996 5yrs. Getting too old for them but can’t bring myself to change to something comfortable