Oh but in their new ones they also add ceramic and tungsten. One wonders why

perhaps there is a noise release valve that you have to press every few months?

Just to add a bit of sensible to this …
In electronics “ground” is the reference voltage all other voltages are measured against, so it has no noise by definition.
If however there is ‘noise’ on the Naim -ve circuit, meaning the Naim ground (-ve) circuit has noise when referenced to a true ground, it sort of infers Naim star ground design can be improved.

Next question this ‘absorption’ thing, absorb into what ?
I have a sneaky feeling that the use of the Chord “ARAY” word is hinting that it might be adopting the ARAY design they use in IC’s. This (as I understand it) is a tuned length of wire that is connected at one end only & (again as I understand it) is similar to the ¼ wave open stub or a stepped impedance shunt stub used in some RF applications.

Whatever, there might be some sense in this & it might not be snake oil. And if indeed it ‘duz wot it sez on the tin’, & if indeed it is actually audible, it begs the question; is the improvement worth £550 or multiples of £550.

Common sense would dictate that if it isn’t directly clear and obvious what a piece of technology does, it is almost certainly not doing much or even anything at all.

Audio is a mature technology. Its origins go back to Alexander Graham Bell and Thomas Alva Edison in the 1870s. By the early 1930s, at the legendary Bell Laboratories, they had thought of just about everything, including multichannel stereo. The implementation keeps improving to this day, but conceptually there is very little, perhaps nothing, really new.

I have been through all phases of implementation—shellac records via crystal pickups, LPs via magnetic and moving-coil pickups, CDs, SACDs, Blu-rays, downloads, full-range and two/three/four-way mono/stereo/multichannel speakers, dynamics, electrostatics, ribbons (shall I go on?)—and heard incremental improvements most of the time, but at no point did the heavens open up and the seraphim blow their trumpets. That I could experience only in the concert hall and not very often at that.

Wide-eyed reviewers who are over and over again thunderstruck by the sound of the latest magic cable or circuit tweak are delusional.

You can get ground plane modulation by RF, which can affect the analogue output from a DAC. But it is hard to see how connecting the ground from an input socket, and/or the ‘live’ input, to anything floating (i.e. not connected to something else) can do anything about ground plane modulation. Likewise something across the two input terminals (e.g. capacitance, inductance, resistance, or some combination, or even active electronics of some sort) wouldn’t stop any modulation of the ground plane.

However in the event that it is possible to have the device on an input switched on and the input live ‘live’ in addition to the input in use, so that the it is effectively connected parallel to whatever input is being used, just a simple capacitor across the terminals could reduce spurious RF superimposed on the input signal. Whether that would be enough to be noticeable may depend on what capacitance the amp already has performing that function, while one possible result could be a reduction of the intended high frequency end of the music signal…

@Nick.Lees appears to believe so.

@Nick.Lees appears to believe so.

But the man’s clearly an idiot. I’d never even try something out on his recommendation.

They’ve been on it for sometime. Google Chord Ohmic Fluid.
The hifi mags wet their pants over this Christ’s Tears product. 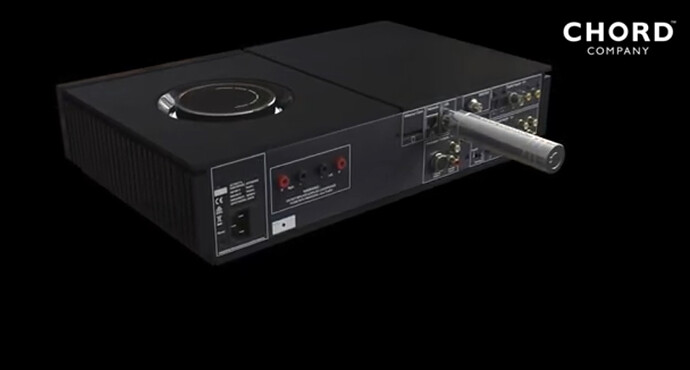 Leaving aside the matter of whether it works, this photo raises a few questions for me.

Leaving aside the matter of whether it works, this photo raises a few questions for me.

I wonder if it’s possible to hide that ? 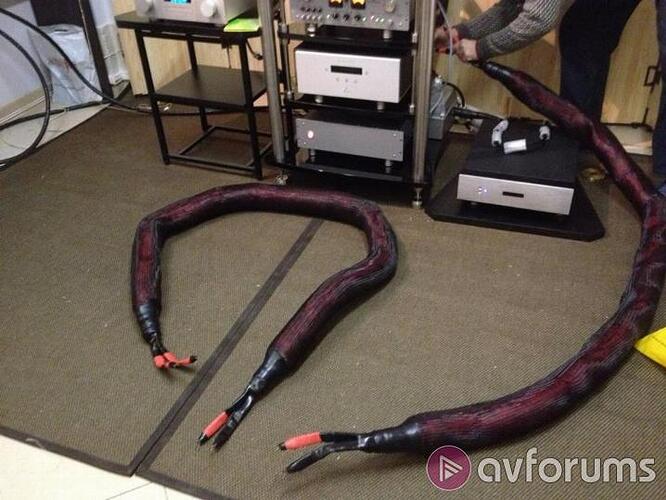 Or a John Wyndham novel. “Where’s that saltwater?”

They’ve been on it for sometime. Google Chord Ohmic Fluid.
The hifi mags wet their pants over this Christ’s Tears product.

I was in the debut demo for that - Bristol show 2020. They were using a nice Naim system, including a NAP300.

I heard no difference.

And as for this:

I can imagine the result arising from a young, adventurous, exploring, 3kg, Burmese cat (who might just happened to be named Pixie) using it as a launch pad………….

That pic made me laugh so much

The thing that struck me as odd was the blurb being aimed at NDX2 owners but seemingly not ND555s. What’s different between the two that would have an impact here?

The ND555 is more expensive and more sophisticated. Presumably the nasties that these cylinders remove are not present in the ND555, Naim will have already ensured they do not occur.

The NDX2 is not as sophisticated, there may be nasties for the cylinders to remove.

Also, they may not show any benefit when used on budget equipment. There may be so many issues compromising sound quality, curing just one would not make any perceivable increase in sound quality.