As this is my 50th year we plan quite a few trips that I hope to coincide with both the San Javier and Cartagena Jazz festivals in Murcia, Spain for smallish festivals previous line ups have been very exciting and if possible the Rototom Sunsplash Reggae festival in Benicassim also in Spain.

This evening free ticket for a recital of Beatrice Rana, very much looking forward…

The Who here in Boston - at our baseball park Fenway Park.

In an attempt to protect my less than perfect hearing I have been forced to moderate my choice of live music venues so alas less Gorilla (Manchester) and more Royal Northern College of Music. So far this year I have planned:
Evelyn Glennie - RNCM tonight 3rd Feb
William Basinski - Albert Hall Manchester 11th April
The Antlers - The Dancehouse Manchester 20th April

Knopfler and then Clapton one week later, both at the Royal Albert Hall…

Lau, if you don’t know, try a listen, often categorised as folk, they in many ways defy description. Exciting live.

Just added
Jan Jelinek at the Soup Kitchen Manchester Sun 31st March
A proper gig at last, I just can’t get on with all these sitting down things.

Just booked -
Tim Hecker @ Summerhall Edinburgh on 2nd April
A new venue for me and quite some distance away but Tim Hecker is well worth it especially as the venue is smallish (capacity 400) and is in the interestingly named ‘Dissection Room’!

Having thought about it I am pretty certain that this will be the first live music I have seen in Edinburgh since 1981 when I spent an evening or two in the Preservation Hall whilst working in the city for a couple of weeks.

Bought tix last night for Dead and Company in June. May make the trip down the road for another couple of shows that weekend while they are in the area. Not as young as I used to be so 3 shows in 4 nights may be a bit rough. Also bought tix for Tedeschi Trucks Band in July. Still debating going to the 420 festival in Atlanta in April. Will just be for the last day 4/21 but that will be a great line up that day

Managed to Bag a ticket for one of my favourite artists, Demdike Stare, who along with Lee Gamble & Puce Mary is appearing at 180 The Strand London on 28th March. This is part of the Re-Textured Festival running at various London venues from 28th - 31st March.

Update: Massive Attack just cancelled their North American tour due to an illness. Super bummed, and I hope the sick get back to 100%. 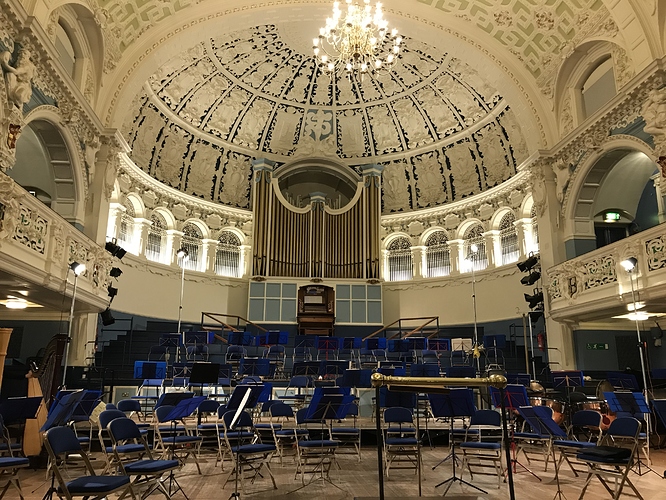 Coming up soon is Nick Mason’s Saucerful Of Secrets - in Cambridge.

On the basis of this clip it should be far out!