Danny Baker sacked by the BBC

Never heard of him. Is he someone significant?

He said he was stupid but not racist.

Is there a difference?

Never heard of him. Is he someone significant?

Merely one of the many idiots in this world who thinks they are funny and can say what they like.

He said he was stupid but not racist.

Is there a difference?

A world of, an absolute world.

Really? He fronted Daz ads in the 70s & 80s, presented the evening magazine programme for London through a lot of the 80s, had his own chat show on BBC1 by the end of the 80s and a couple of short-lived game shows, invented the football phone in as 6-0-6, wrote the scripts for TFI Friday and Don’t Forget Your Toothbrush, has written the scripts for a lot of the BAFTA type ceremonies on TV, wrote the intros for everybody including Princes William & Harry for the Diana Memorial concert, has won Sony Awards for radio presentation, presented the best show on Radio 5L for the last few years on Saturday mornings, and is currently touring a highly successful one-man stage show. And is v prominent on Twitter. You’ve not heard of him?

My take? He hasn’t got a racist bone in his body and this was just an extension of a running gag he’s had for yonks, that of a tv show featuring a monkey dressed as someone famous entering the stage to silly music before being announced as e.g. Ladeez & gennermennn… Matt Dawson. This picture he posted is in line with lots of other visual gags he does, and is in line with the monkey famous person trope. It’s not racist, except that nowadays enough people are desperate to be offended so suddenly it is. Strewth. I’ve enjoyed Baker’s output for years (except TFIF the toothbrush thing, never watched either) and there’s never been a hint of dodgy about him, it’s awaysl good clean fun. As soon as the criticism started last night he did the full humble apology etc, but that’s not good enough these days. Man makes mistake, apology no good. Sacking and banishment is the nuclear option.

Silly mistake not to recognise the potential in it, but a fulsome apology should be enough in this context. He’s a decent bloke and good man. He isn’t racist.

I’m lost here. Where does the racism angle come in?

For the nth time.

I’ve always thought him a bit of a prat actually ( and I don’t mean that in nasty way), but admire his knowledge of music and sense of humour tbh.
I agree, I really don’t think he’s racist. But these days, as you say, it doesn’t take much for the vultures to circle. BBC was very reactive, bordering on paranoia frankly

It’s very odd, I have met DB a few times and I don’t think he has a racist bone in his body. In fact, he has been a champion of black music and culture ever since he started at the NME in the late '70s.

He’s not a stupid man either, and I can only conclude that he just wasn’t thinking. It’s yet another demonstration of just how deadly social media can be if you post without thinking. If he worked for a commercial broadcaster he might have gotten away with a severe reprimand, a grovelling apology and a suspension, but the unique nature of the BBC means that, sadly, Auntie had no choice but to sack him.

I do hope he comes back onto the airwaves at some point, as he’s a good broadcaster and is both passionate and knowledgeable about music. Funny writer as well.

but the unique nature of the BBC means that, sadly, Auntie had no choice but to sack him.

So, it seems that the Beeb cannot accept Danny Baker’s humble apology for his stupidity, taking into account the fact that he took down his tweet the moment that it was pointed out that it could be interpreted as racist.

It seems to be yet another example of unthinking adherence to all things PC.

Or is that just me?

Or is that just me?

No way is the right way. BBC would be pilloried no matter what they did, hand out big bollocking & that wouldn’t be good enough for many, sack him is probably least damaging for BBC. he will probably get a new job pretty soon & after a year or two will be back to BBC (if he chooses to)
Bottom line he is a cast iron plonker to not see this coming - what was he thinking about.

Yes, I do agree that his head must have been in the clouds for him not to have considered the possible racist interpretation of his very public tweet.

The powers that be at Auntie though, appear to feel that what must take precedence are the protestations of the offended, who will choose to remain offended, no matter what apologies are offered.

A statement distancing themselves from Danny’s stupid tweet, and a private talking to would have been much more appropriate.

That would of course mean actually thinking for themselves, and considering their knowledge as to the character of the accused, rather than having blind adherence to all things PC as the the default setting.

@dave-marshall, as @Mike-B rightly said, the Beeb is always in a lose-lose situation when things like this happen.

Act, and you’re accused of bowing to the demands of the PC twittermob. Retain him, and you supply the Graun and the vast army of the professionally and perpetually outraged with years’ worth of ammo to attack you. The former course of action is probably the best one to take - though it’s a bit of a Hobson’s choice - and he’ll probably resume his career once the fuss has died down.

I just find it odd that a public figure with hundreds of thousands of followers on social media, who’s also exposed to more scrutiny than the rest of us, could have been so careless.

Yes, Kev, I fear you are quite right in that they are probably correct, and your statement that

you supply the Graun and the vast army of the professionally and perpetually outraged with years’ worth of ammo to attack you.

is, sadly, quite true.

I just feel that it seems to be these endlessly outraged folks who seem to always get their way in today’s world.

Mind you, he did bring this all crashing down on his own head … silly boy.

He fronted Daz ads in the 70s & 80s, even if I watched them (I do other things when ads are on), the names of people aren’t displayed.

presented the evening magazine programme for London through a lot of the 80s, magazine shows aren’t things I’ve bothered with much, and even if I saw him and was aware of his name, he clearly wasn’t sufficiently stimulating for me to have noted his name

had his own chat show on BBC1 by the end of the 80s and a couple of short-lived game shows, I dislike both genres

wrote the scripts for TFI Friday I saw of TFI, but never scrutinised credits for writers’ names

and Don’t Forget Your Toothbrush, never seen that (and ditto writers names)

has written the scripts for a lot of the BAFTA type ceremonies on TV I never watch - and if I did, ditto writers

wrote the intros for everybody including Princes William & Harry for the Diana Memorial concert, not sure if I saw any of it, but ditto writers

presented the best show on Radio 5L for the last few years on Saturday mornings, I’ve never listened to 5L

and is currently touring a highly successful one-man stage show. Not caught my eye at local venues

And is v prominent on Twitter. Where’s the spittoon?

You’ve not heard of him? As you’ll note from annotation above, no!

Have I missed someone interesting?

He says he would have used the same picture if referring to anybody else who had a baby. So, did he? 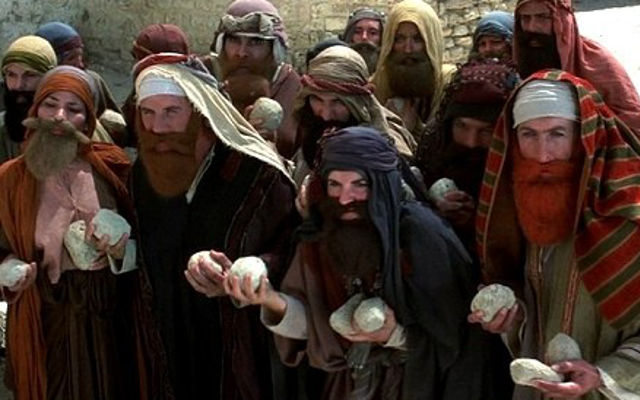