Is this therefore a more accurate schematic. A single radial with 6 unswitched high quality plug sockets? 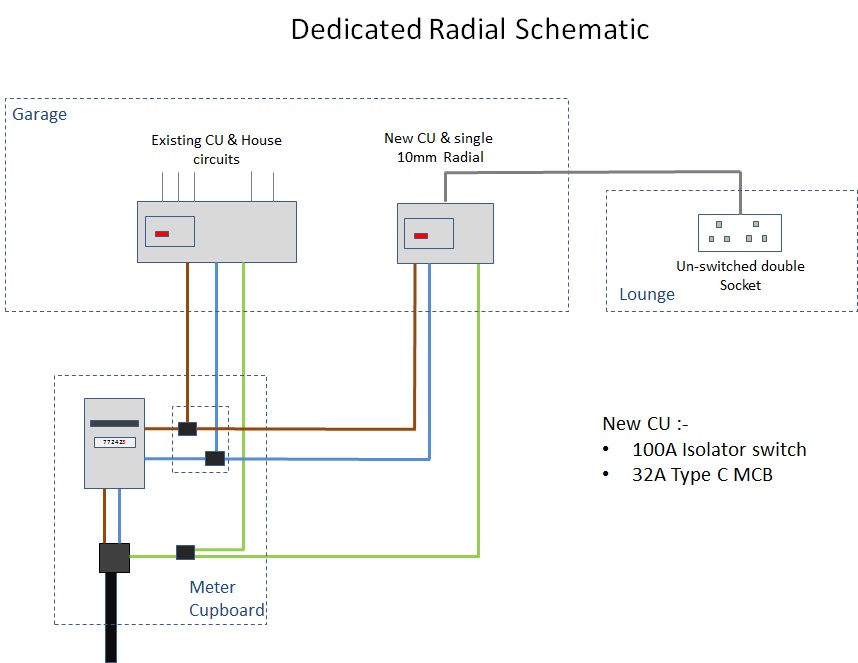 No, you would have 6x 10mm radial circuits, one feeding each of 6 unswitched sockets.

Mr Happy. Isn’t that essentially increasing the cost by 600%?

Forgive me if I am being dense, I graduated at the bottom of my class as a novelty feather duster (I am shaped along the lines of Terry McDermott - seldom deployed), but one solution seems to be a single radial circuit with six unswitched plugs, (either single or double) or your solution of installing six new radial circuits each feeding a single plug.

Please help me if I’m missing something and your time is appreciated.

As mentioned above, yes it will be more expensive but not 600%, as a large part of the job is installing the consumer unit and making access from the consumer unit position to the location of the sockets, whether for one or multiple sockets. Of course there will be some extra materials and labour though.

I’m grateful to you all.

At this point I’ll go with a single radial and six unswitched plugs, a new CU and the Henley block.

Imminent decisions include how many channels to drill into the wall to house cabling. I’ll keep source and power separate, so I think the only thing coming from the TV crevice is an optical cable encompassing Smart TV functions, Blu-Ray and Apple TV. - but what to do with the speaker cable? Presumably interring it is bad?

The hifi is being relocated on its current Isoblue rack into a purpose-built cabinet at the top end of the chimney breast (alcove top left of picture, which goes back 5ft). This has adequate cooling drilled into it. 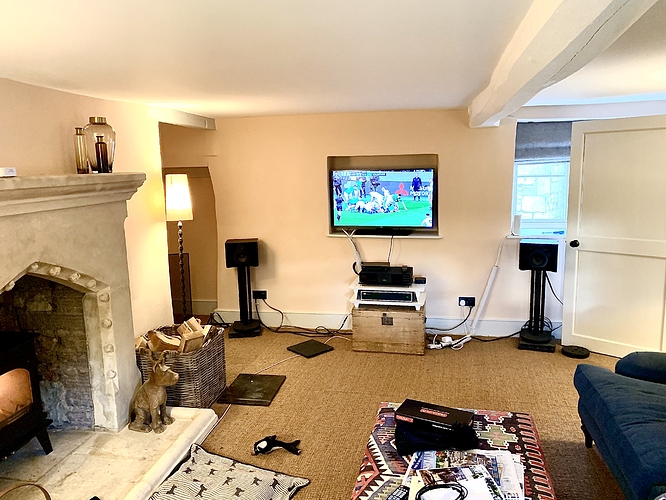 If you plan to have six (three double) sockets off a single radial, I wonder how they’ll be connected at the socket end - you’ll not be able to string them in series with 10mm cable - you’ll only fit one 10mm cable in each socket connector. So you’d need some sort of junction box.

I think if you only plan to run one radial, it might be best to use just one double socket and plug a distribution block (such as the new a Music Works one) into that. Personally, I opted for three radials (3 x 30m) exactly as per James’s diagram. The total cost wasn’t much more than that for the MW block. It really has opened up the sound too, although it took a while to come on song, which I suppose is cable burn in - I don’t see why mains supply cables should be any different in this respect. 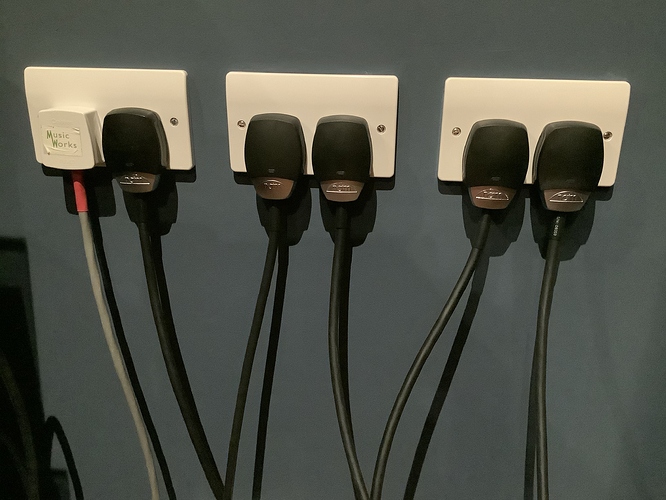 That’s the option I am going for tomorrow, and as @Mrhappy says in post 14 I can always try it all off just one radial and see what I think. I have the added benefit of being able to do this all again with the benefit of hindsight in 3 or 4 years time as we’ll be moving when Mrs. G. retires.

Ooh, it’s such an adventure

A really good earth helps, and sometimes there can be quite a bit of noise on the PME earth that may come with the mains connection. It depends on neighbours near and further away. A good local earth in accordance with regulations may be good investment.

I certainly like the MusicWorks mains block, but don’t have separate radials for each double socket. The use of the sockets makes a noticeable difference to the sound. Again a thread on that. @Clive’s photo is also useful.

6mm cable is plenty if you’re having more than one socket on a circuit as getting two 10mm cables into the terminals is nigh on impossible depending on the brand of socket. For me 10mm is overkill anyway unless you have a long (50m+) cable run as the advantages in current carrying capacity are irrelevant, and voltage drop won’t be an issue in a domestic installation

“…with the benefit of hindsight in 3 or 4 years time as we’ll be moving when Mrs. G. retires.”

…when you sell you will be able to include in the listing that you have a HiFi ready room and then up the asking price another 10K or so!

Haha, yeah. That would be nice eh! 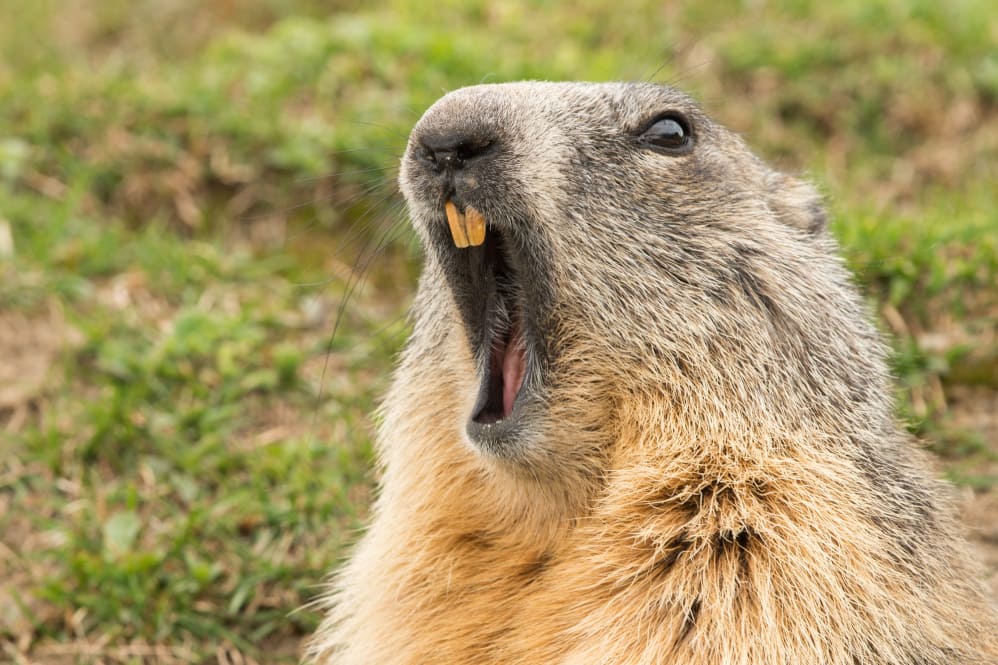 You will need an RCD to protect the solo twin socket. Either an RCD incomer as per your original diagram, a separate RCD between the isolator and MCB or an RCBO which is a combined RCD with built in overload.

Why have you selected a type C MCB, this gives a 5-10 × s/c rating - are you expecting to use a very large transformer with high inrush.

A Type B MCB is probably more appropriate at 3-5 ×.

Do we have any good shielded cable recommendations we can use between the new dedicated CU and the Un-switched double socket?

And i mean 3 core cable with Earth Neutral and Live, preferably 6mm

I like to live in hope of a good new shielded 6mm alternative cable being available as an option that’s as good as or better than the usual 10mm cooker cable.

With 6mm we can daisy chain!

6mm cable is plenty if you’re having more than one socket on a circuit as getting two 10mm cables into the terminals is nigh on impossible depending on the brand of socket. For me 10mm is overkill anyway unless you have a long (50m+) cable run as the advantages in current carrying capacity are irrelevant, and voltage drop won’t be an issue in a domestic installation

You’re making a lot of good sense.
This is not usually tolerated on dedicated radial threads, i mean since when has good sense had any leverage on audiophile OCD faffery?

And many peoples have expressed a preference to 10mm radial cable over 6mm after trying both.
I can’t disagree cos i ain’t ever tried the comparison, but one day i may just go to a 6mm shielded just for the heck of it, and rage about how much of an improvement it is just to annoy those 10mm purists

Hi I have installed a 6mm cable ring circuit consisting of a continuous loop of cable running out from the consumer unit and back again with a single double unswitched sockets connected to it. I have then connected one 4 socket power block that all my HiFi is plugged into. A ring circuit doubles the current handling of the circuit and reduces the impedance. Low impedance can help improve the bass and treble of the HiFi.

The Ring circuit runs in parallel from the meter to avoid the house circuit feedback.

The above had a fantastic improvemnt on my 25 year old Quad HiFi. My recent replacement SN3 & HiCapDR sound just brilliant plugged into it.

I had 2.4 / 4mm radials and a dedicated fuse box installed a few years ago. The 4mm in particular sounds much clearer with more powerful bass. However, for some reason it’s less musical and coherent so was a wasted exercise. I keep going back to it once in a while but it’s always the same. One thing I didn’t do was check the best direction of each new cable prior to installation so I would recommend doing that as well.

Au usual with a Hi-Fi forum you can over think these things. Get a separate CU as per the diagram at the top and then select the appropriate number of radials / sockets required.

Personally I went for a single radial to one double un-switched socket as that’s all I needed. I had a 30m+ cable run so chose the 10mm2 sizing and went for a type C MCB to stop nuisance tripping if I went back to Naim equipment. For the £700 it cost, it’s been one of the most effective upgrades.

Note that the second diagram shows no RCD which was allowed in the 17th edition regs (with certain installation caveats) but not in the latest 18th edition.

Ha! QED! Thanks, James - I shall adhere tightly to this excellent advise. I do need at least 4 sockets. Would you recommend a single radial to that number?

I was advised by Naim to use a single 10mm radial and a block, so that’s what I did.

The one thing I’d say is to get both earth wires taken back to the meter cupboard. Do not take them through the Henley block. It makes a big difference. 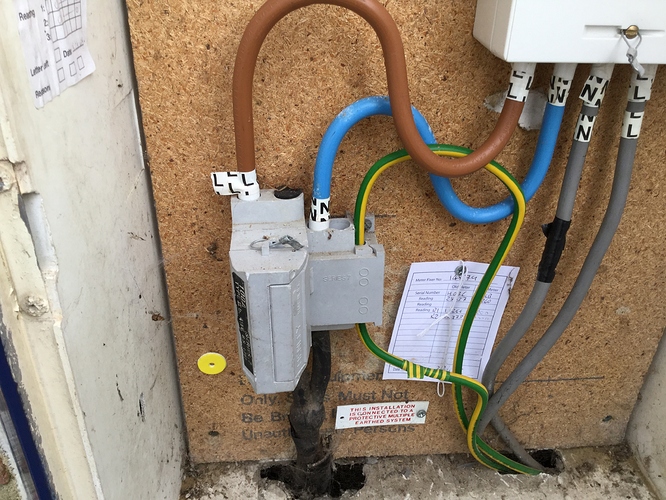 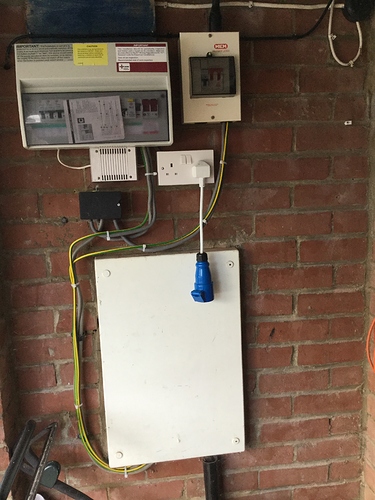