Do people still record, and if so what?

I have a NAC102 pre-amp, but the more expensive models have a whole second row of buttons (and therefore electronics) that are used to direct a selected source to a recording device. I doubt people are using TDK SA C-90’s anymore to record the “Top 20” to cassette on a Sunday night, so was wondering whether people do still record, and what they record to, or are these extra buttons and associated electronics a waste of time in the 2020’s?

I have recently bought a Nagra Seven to use for digital recording. Nice piece of kit and entertaining to use. 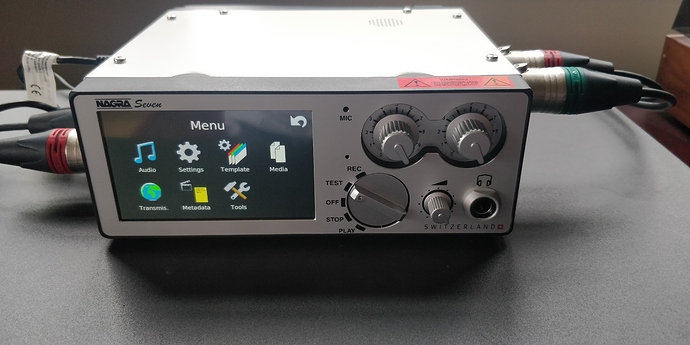 Yes, I record mostly LPs and pre-recorded reel tapes to digital - usually 24/96 - using either a Marantz PMD671, Sony PCM-D100, or Apogee duet on a MacBook pro.

I’ve also recorded one or two very special hi-res pieces via USB stick on the Naim DAC to my Revox 2 track reel to reel on BASF SM468 tape. Unfortunately I only have about 20 reels of it, and it’s very expensive to buy, so I have to be careful, but it’s fun. The results can be very interesting indeed!

Just interested, what does the re-recording bring to the music…warmth, sense of presence etc, just curious.

It’s quite interesting. I first tried this with a rip from my 24bit 192kHz DVD-A of Harvest to WAV files. I then played the WAV files back through the Naim DAC + 555PS into NAC552 to records on my 2 track Revox at 7 1/2 ips. Playing back the tape and it sounded really good, and in some ways even preferable to the straight digital playback. I played the tape to a friend and he was completely wowed by it. He guessed it was a copy master or something like that. that lasted until I told him the truth as to what I had done. I had conjured a magic trick then ruined it by telling him how it was done. As I say, interesting…

@GadgetMan. Apart from a very few nutty audiophiles the answer is no. This does not include the large group of folks that do live recording of musical events

Yes, the PCM-D100 is great for live events, however, its not always easy to get permission for this unless its a band like the Dead who have never minded much if anyone bootlegs their shows. I wish I had something like the PCM-D100 (or the even smaller PCM-M10) back when I did go to Dead shows…

I had assumed that home recording stopped 25 years ago. It was something I sort of stopped doing once I could afford to buy what we know call " media". Or perhaps the quality of the recordings never made me really interested in listening to them.
But, I’m genuinely surprised home recording still occurs. Albeit it’s now a very small market.

I wonder if recording back from reel to reel to wav file, keeps that better sound quality that you liked

Most curious…i guess we focus on the equipment, but the end conversion is our ears and brain, and they process things as they hear.

A good question. I haven’t tried. Although of course I have made quite a number of digital recordings of some of my pre-recorded reel tape collection, and when you get it right, the results can capture a lot of the magic of the original.

It is odd, indeed. But as you say, it’s ears and brain doing the processing at the end and there’s obviously something there that they respond well to.

Well, there are such people which somehow are attracted to the cassette and reel tapes like myself. I’m recording mostly from hires files some favourite tunes of mine. I record albums but the great fun is to select a playlist and make a mix tape. I have very good results with a proper NOS tape like TDK SA or Maxell XL II using Nakamichi DRAGON. Or with brand new reels like RTM or Piral with my Pioneer RT909.
There is an international community and we exchange tapes with some members which is additional fun. Generally the home recording is another way of enjoying the music. With a good tape and proper deck you can obtain impressive SQ result when recording a quality HiRes file (using DAC V-1). And then making some J-card. 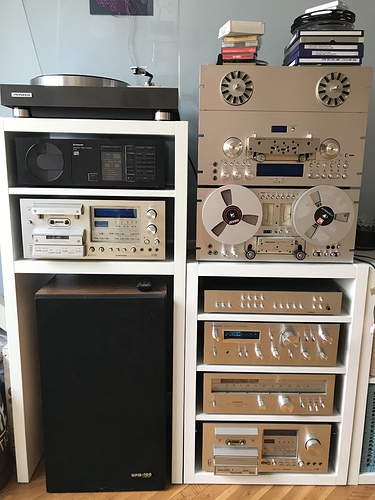 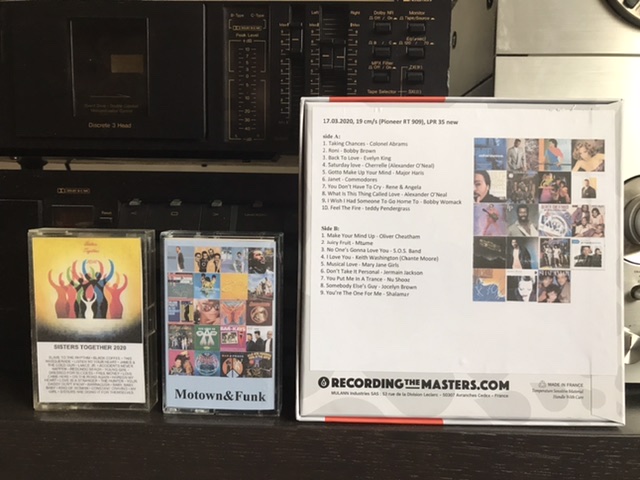 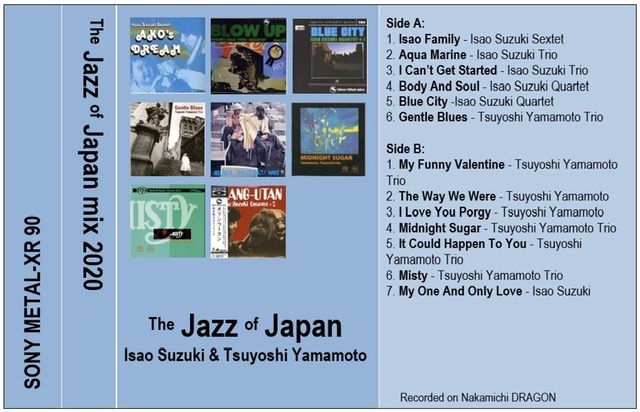 It’s interesting that hifi people are enjoying the results of their own recordings, yet now and again the record industry have put out copies in various formats that have bombed.

Quite a setup there @IvoB. And it’s very interesting the different recording uses people have. I hope that chat continues. I’m now thinking of digging out my old 1980’s JVC Tape deck as a laugh (or possibly not)

The second question I asked was whether Naim needs to include a second row of input selectors on their higher prices preamps for recording, or would it not be more pure and minimalist to go down the route of the one, possibly shaving a couple of hundred pounds of the high end gear.

They’d presumably then want to engineer in a headphone stage or an output for a headphone amp.

I recently sold a minty Nakamchi MR-1 cassette deck. I had no use case for it, and the buyer was in heaven finding one that never got the typical abuse from professional use in a studio. I think he wanted it more to playback a collection if recorded tapes and not so much for recording anything new.

I wonder if recording back from reel to reel to wav file, keeps that better sound quality that you liked

when mixing I use an old Studer B67 to send the completed mix via just get the lovely dark/analog tape sound this recorder gives. then immediately back to digital.

I also often record from radio. operas and other art-music recordings they make themselves, buy from the EBU (European Broadcasting Union) or Metropolitan in New York.

I get them as 320kbps AAC abd then use Steinberg WaveEdit to clean-up and set metadata. It is added to my server in ALAC (Apple Lossless) format.

The only recording I do is part of creating music (e.g. a musical phrase for later use, or to play back and assess what I have played).

Some years ago I made recordings of my kids playing music, and also used tape recorders as part of music creation, E.g. tape loops, tape head echo etc).

Otherwise, once upon a time I used to make copies of LPs and later CDs on cassette (horrible things!) to play in a car which I don’t think of as recording, but that was using the tape output of an amp.