Do you know how much that disc is worth?

I have been sorting my record collection onto Discogs, a useful resource. I may do CD’s when I’m finished. Most of my stuff is junk, worth pennies. Then I found my picture discs and imports box. It turns out that the Japanese import of Ace of Spades is worth about £200! I have a few £35-£40’s as well, but Lemmy’s finest has shocked me a little.

What is your little gem? 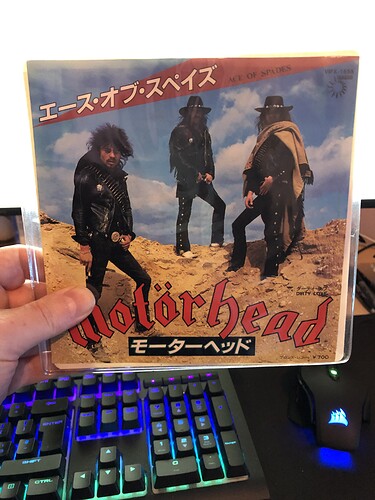 Sun Ra In Egypt (LP).
Discogs had one for £300…
But, the price asked is different to the price obtained. So I’m a little wary of ‘valuations’.

Apparently mine is the red house painters retrospective box set released by 4AD a few years ago.
It has yet to grace my turntable. 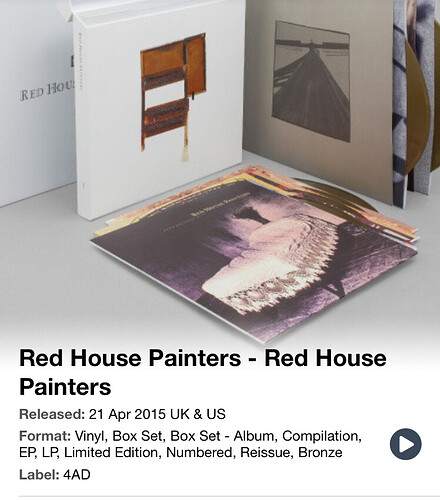 I have this in my collection Annette Peacock 31:31 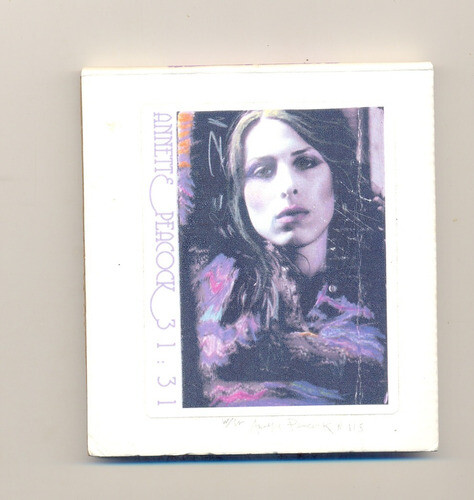 Mine has to be a BBC transcription disc ‘Mary Black on stage at Glastonbury’.

When i saw it for sale i had never seen one before or since. How do you value that ?

To me its irreplaceable , so priceless. 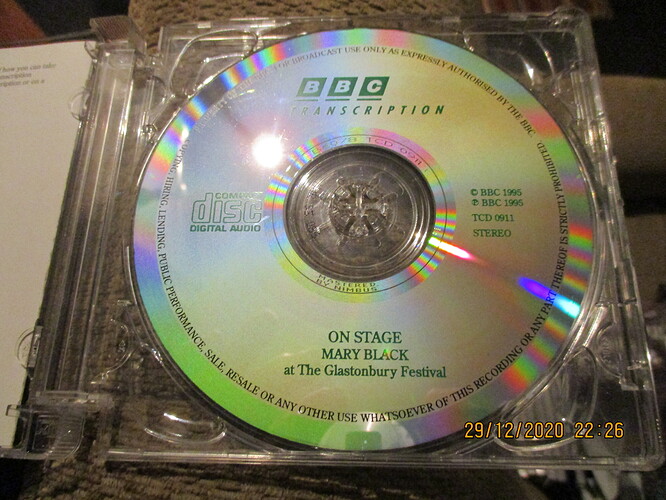 When I sold my old vinyl collection on eBay, many went for next to nothing, and I was happy enough that they went to a good home rather than the incinerator, and covering postage costs. However quite s few went for several £10s and a small number went for well over £100. What I soon learnt was to check the matrix info, and cite it in the listing. A large proportion of mine were first pressings, which seem to be valued highest.

But it’s only actually worth what you get for it when you sell it (unless you are valuing for insurance replacement purposes, which is important if you would want to replace like with like - and indeed to ensure you are not under-insured and so lose out on any unrelated claim you might make.

Yes indeed, and I’m not keen on selling any of my collection at the moment - too young

Andy is that on vinyl? I think I have the CD signed by Annette but I need to double check.

Yes mine is on CD and signed as well. I don’t think it saw a vinyl release.

The only album of hers I still have to find is a live magazine issue freebie called 4 Emilia-Romagna W/lv (might have to shell out on discogs).

Aah ok. You are a big fan then. The only vinyl I have is your avatar.
I have 31:31 & I’m the One both on CD & both signed.
I have been on the lookout for I’m the one on Rca vinyl but never come across it at a reasonable price.

I had a 24 k gold mobile fidelity cd of Aja by Steely Dan that had a lovely sound to it. It was left in its case and developed stress cracks and was unplayable. They can go for 500 or 600 dollars for an original pressing😬

I volunteer doing the vinyl at my local Oxfam shop. Anything over £50 goes on-line. To get a better view of actual prices achieved on the bay use the sold items filter. From memory the river has no such functionality.

In addition to first pressings/misprints etc, most of the valuable stuff we get is (justifiably) obscure prog rock. I’ve had to sit through some god awful stuff to check condition!

Stones and Beatles are particularly difficult to value as there are so many releases with very minor differences but potentially large price implications. Had a mid 70s mono reissue of Sgt Pepper went for a ton because the pressing run was very small. One for completists I assume.

An NZ folkie (can’t remember the name) recorded an album in the UK in the early 70s most copies were destroyed as a tax dodge so allegedly only 200 in circulation. The market decided the value in a bay auction.

Marvin Gaye What’s Going On Quadrophonic Japanese import went for several hundred after a bay bidding war between a chap in San Fran and another in Leighton Buzzard. Again the market decided as there was little historical evidence of value. I assume completists or maybe there are still Quadrophonic systems out there.

There isn’t much of a market for rare classical vinyl in the UK - my sense is most aficionados stream. Classic artists and recordings on collectable labels (e.g Decca ED1, Columbia Blue/Gold or Light Blue/Silver) sell for £hundreds in Japan and SE Asia.

Discogs shows how much things sell for, a maximum a minimum and an average. My Motörhead disc has sold about five times, from £175 cheapest to £250.