@Simon-in-Suffolk useful information, thx. Could you expand on why the DSD to PCM process is inexact and lossy please? Just curious.

I have 10 albums on DSD, some are known for great audio quality and mastering ( mastered by Kevin Gray for example).
Some are contemporary albums like Patricia Barber, other are remastered from 70’s albums.
No one sounds good to my ears. The sound is nice, soft, but dull and anemic.
I am not the only one to dislike DSD on Naim streamers.

Try this one. Considered as audiophile. 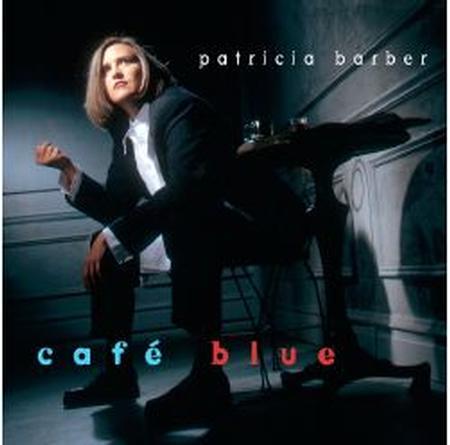 Considering Naim DACs can’t read DSD and have to transcode DSD to PCM, I hardly see the point of downloading music in DSD.

Most labels, and sound engineers, use PCM for both recording and mastering.

The PCM1704 DAC chip reads PCM, only.
Why then force DSD into it?

I don’t consider this album to be a good example of DSD as it was not originally recorded in a bit-stream format or even in a high res PCM.
The album info says " … Cafe Blue was recorded … in 1994 … in 16/48 kHz … the original multitracks were , remixed in 2011 …"

The best DSD albums I’ve found are originally recorded & reproduced in DSD throughout, but this is limited to simple one mic acoustic type recordings as DSD cannot be mixed & mastered to any extent. Most studios record & mix/master in a high res 352khz DXD & reformatted to DSD for the published material.

To compare PCM to DSD try this free download, choose as many as you like, they are all the same music. 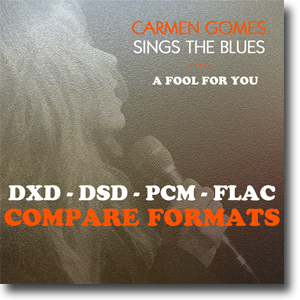 It is worth mentioning that 2L records and masters in PCM only (DXD, 24bits/352,8kHz)

This means that all DSD formats available are transcoded from the original PCM master.

I can’t deny, but I will first buy an album that I like for the music, not for the sound.
I have no one in native DSD because couldn’t find something to my taste.
Anyway I am absolutely not criticizing the format, but how Naim streamers decode it.
For instance this Barber album sounds wonderful on 16/44.

I am absolutely not criticizing the format, but how Naim streamers decode it.

OK, I’m not arguing about this, how DSD sounds to you on your system & your music is entirely yours’s to form your own opinion about. However dull, sirupy, caramel like sound, as you describe DSD, is not what I hear on my system, if anything mine sounds somewhat opposite to your description.
I hope you do try that DSD vs PCM test sample I posted, I value your opinion & it might change your mind on this.

So these processes rely on choices and filter types and filter cut off decisions - if you were to continually convert DSD to PCM and then PCM back DSD you would slowly introduce more and more noise into the signal. Filters, whether digital or analogue, are never perfect.

True. But probably a good thing! My understanding is that it’s the most practical way to actually be able to edit, mix, and master the recording before converting (once) to dsd.

Although I see that the SACD release is actually a completely different mix to the original 16/44.1 CD release…

A Stereophile Record to Die For!

“(The Capitol Studios remix is) a dramatic improvement of what has long been regarded as a sonic masterpiece. It is a compelling reason to revisit this work with fresh ears.” — Thomas Conrad for Jazz Times/Stereophile

Cafe Blue was recorded at Chicago Recording Company in early 1994 by recording engineer Jim Anderson. It was the first release Barber recorded for Premonition Records. Recorded in 16/48 kHz on a 32-track Otari machine, the original multitracks were then transferred and remixed in 2011 at Capitol Studios in Holywood, California. The idea was to reimagine the album, which had become one of the most widely praised jazz recordings of the 1900s, at one of the legendary recording facilities of the golden era of jazz recording, the late 1950s. Utilizing Studio B’s remarkably warm Neve 808 console, which was actually the first Neve console in the U.S., and Capitol’s EMT plate reverbs and live chambers, Anderson delivered a stunning reinterpretation that has become the standard versiion of this recording. The album was mastered from the original analog mixes by David Glasser of Airshow Mastering.

Cafe Blue itself is so special that it outshines its peers. This recording of an outstanding female vocalist won more than 15 awards of best reviews from international major magazines of music institutions. But the most important aspect of this disc crystallizes in the two songs for which Barber herself has written the lyrics. The down-and-out sophistication of “What A Shame” and the self-effacing wonderment of “Too Rich For My Blood,” show a serious jazz musician exploring the emotional domain normally occupied by pop and rock artists.

Ok, thanks. I will try this weekend and report. Will try 3 or 4 different format of Carmen Gomes.

I understand the Chord DACs also convert DSD to PCM…did you ever compare the two from a DSD perspective?

Kevin Gray is one of the best mastering engineers around. However, he doesn’t use dynamic range compression or aggressive EQ so they tend to sound better as you turn the volume up. I’ve got loads of his Audio Fidelity and Analogue Productions SACDs and they sound great on my NDX - Chord Hugo combination. Have you compared your DSD files on a non-Naim source? If not, it could be that you simply don’t like the mastering choices being used.

I don’t know anything about this album but a quick check on Discogs shows several different versions. Is the DSD taken from the Mobile Fidelity or the Analogue Productions SACDs? Where have the 16 bit files come from? If they’re not from the same release/mastering, it’s not a fair comparison.