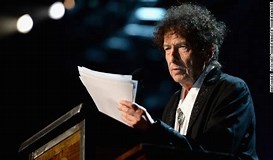 "The catalogue contains 600 song copyrights including ‘Blowin´ In The Wind’, ‘The Times They Are a-Changin’, and ‘Knockin´ On Heaven´s Door’

Dylan´s songs have been recorded more than 6,000 times, by various artists

It comes weeks after the singer-songwriter´s musings about anti-Semitism and unpublished song lyrics sold at auction for a total of $495,000

Dylan has sold more than 125 million records and was awarded the Nobel Prize for Literature in 2016, the first songwriter to receive such a distinction

Dylan, 79, has, until now, retained control of most of his songwriting copyrights."

Nice one Bob, I wonder what you will do with it?

Yeah, I heard about this. Makes you wonder why, and why now? Is he about ready to retire and wanting to make sure his estate is maxed out? I know I would in his position.

Just when I thought I had all his studio albums on cd and some on original LP, it looks like they are going to be re-released. Not sure I want to buy them all over again.

Anyway, good luck to His Bobness and his stash.

Hope he plans doing something like David Gilmour : charity

I remener the last time he ‘sold out’ to the man when he went electric. I wonder what the fans are saying this time.

Amazon will buy universal , they almost did twice before

There’s a UK listed investment vehicle called Hipgnosis Songs Fund which has been buying up catalogue rights recently. To date they have invested something like £1.8 billion and are talking about a pipeline of opportunities totalling a further billion. That will doubtless have stimulated activity in the market and as @Graeme says may just have coincided with Dylan doing a bit of retirement planning.

As an aside has anybody else listened to Blonde on The Tracks, an album of covers by the Australian Emma Swift? I like it.

Typical socialist. Preach then cash in.

Yes, that’d be nice. Some of them do.

Excellent album, and from today it’s available to stream I believe, but do the girl a favour and buy it chaps!

Must admit this is one reason why I have very cold feet about streaming, suspect at some point (fairly soon) I will switch to a Mac Mini and start buying digital albums , this caused by space constraints

…and there was me thinking of the Magic Roundabout for a minute again: 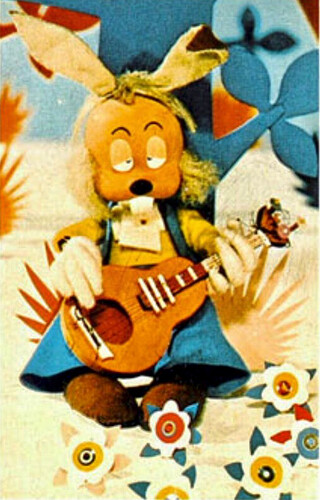 How not to win friends and influence people I guess

Now tell me that’s not worth half a mil!

And it gets better

Aw, come on you lot. If you’d been to that party, you’d have written lyrics just like them. At least he didn’t have underpants on his head and pencils up his nose…did he?

At least he didn’t have underpants on his head