End of PSTN 2025 and an Easy To Hold mobile phone

Your options for voice calls will then be mobiles (4G/5G or WiFi Calling) or voip. For broadband it will be mobile (phone or better a mobile router, probably needing an aerial), FTTH (called Full Fibre), or a new DSL only phone line for those that can’t get FTTH.

Anyway… one of my big gripes with mobile phones is they really aren’t designed for holding. They’re designed to be used as a mini tablet, so rectangular and flat… honestly not easy to hold or use as a phone (voice). Since, come 2025, I’m going to be forced to use a mobile phone for my voice calls does anyone know of a mobile phone that’s actually designed where the priority is to make phone calls rather than watch tik-tok posts?!

btw best I can find 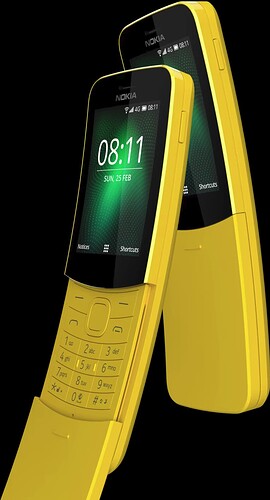 This is total news to me. Are you saying all landlines at home will go?

Mobile reception here is very sketchy so are the only options going to be WiFi calling on a mobile or a VOIP service?

We do have v fast fibre broadband.

Yep… all home (and business) lines are going 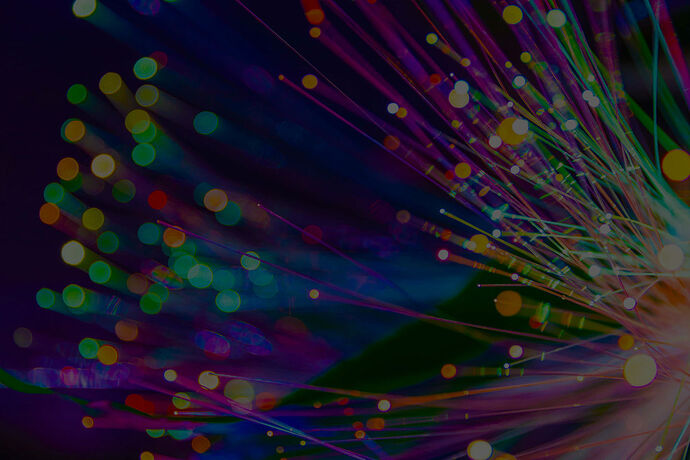 BT announced that they will be switching off the PSTN and ISDN in 2025. What does this mean for you? Learn more

When you do go Fibre, I understand that there is a normal telephone connection on the back of the new router that your old phone will connect to. Also if you search for the My Mate Vince video called “How to Connect Landline Phones / Extensions to VOIP on Fibre Internet” he shows a method to use that socket to feed the phones around your house

BT are moving to replace traditional landline handsets & move to ‘digital’
Homes will require an internet connection to make phone calls.
Your ‘house phone’ will need to be ‘digital’ & instead of plugging into the phone access point socket it will plug into your BT broadband hub. (see pic)

The obvious concerns are with people like the elderly who don’t have broadband.
How does this effect BT users who have a broadband hub (router) that is not BT.
Also what are the other broadband providers doing ??? 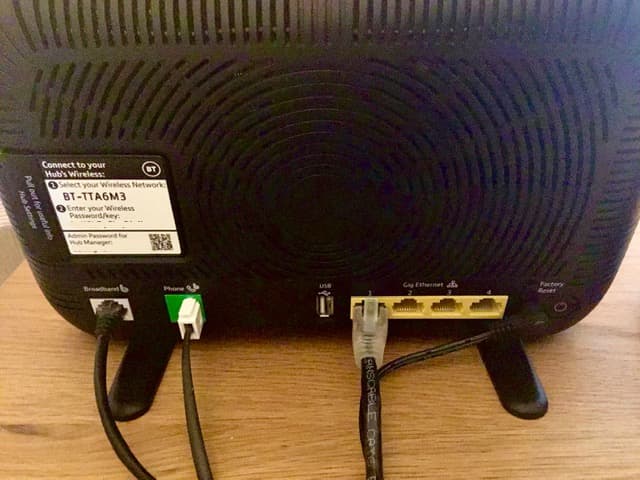 It’s not the case that ‘all home lines are going’, as suggested above. Rather, they will be digital and not use the existing copper wires.

There is lots of useful stuff here:

Landline telephone services are changing The UK’s telephone network is changing. The technology used to provide traditional landline voice calls is no longer fit for the future. The telephone providers are upgrading the landline network, also known...

they will be digital and not use the existing copper wires.

'mornng HH, the connection to the property can/will still be copper wire, this connects into a nearby cabinet that is connected to the fibre network.
Its known as FTTC (Fibre To The Cabinet) . Its what I, & preictally all people have.
FTTP is fibre to the property.

Your ‘house phone’ will need to be ‘digital’ & instead of plugging into the phone access point socket it will plug into your BT broadband hub. (see pic)

When we say digital here, we are talking Tone dialling handsets. Pulse dialling on the very old vintage phones (typically with a rotary dial) is not supported by this socket on the modem.

One downside of the new system is in areas that have bad or no 4G/5G connections, and so in the event of a power cut, you will loose your phone access. Perhaps a UPS for the router will be handy here.

Thanks Mike. So basically there won’t be much change from a user perspective.

We recently moved to full fibre and have a landline connected directly to the router. We have actively discouraged calls to our landline for years so it’s barely used other than when people either dial us as a wrong number or by certain family members not bright enough to realise that, if we’re not answering our mobiles, we’re not answering the landline either. We had 4 wireless sets around the house but reduced that to 1 in the study with the router. I can’t say I’ve noticed any loss of quality via VOIP.

The concern of course is that if your connection goes down and you need emergency services then you’re entirely reliant on a mobile. If 4G/5G isn’t available or is disrupted then you potentially have a significant issue. Entirely foreseeable and yet we still have shocking rural broadband and no backup plan. One cyber attack would be all it took.

Yes a UPS for the router is useful
Its what I have & also needed is the phone (SMPS) on the UPS.
Found it useful in the past with power cuts

However … my BT contract is due for renewal in a few weeks & we are considering dropping the phone service, we hardly ever receive or make calls over the landline phone.

Possibly wrong, but isn’t the landline effectively free now? It’s not an extra cost on my TT contract that I am aware of

Yes it seems to be the case, I’m (was) looking at just that a few moments ago.
But to be clear, the so called landline is the wire connection & is needed for both broadband & phone.
I pay for the landline connection annually & save about 10%.
I’ll probably end up talking to BT on this as its not exactly clear.

Just to clarify. If I plug my landline phone into the Router (BTHub) do I need a landline rental contract?

My understanding is that your existing phone number will be linked to that socket on the back of the Router, and that the landline phone connection is just automatically bundled into the line rental contract whether you use it or not. I suppose there is some sort of contract that dictates what you will pay to make calls, or if you pay to have a portion of free calls.

I’m no expert in this though.

Yes, the landline is the wire/fibre connection that provides both phone & broadband services.
The phone is practically free, depending on what options you choose

NB: its not any BTHub, the new Digital Voice service & the required BT Phone socket requires ‘Smart Hub 2’, its the one with the ‘Halo’ facia 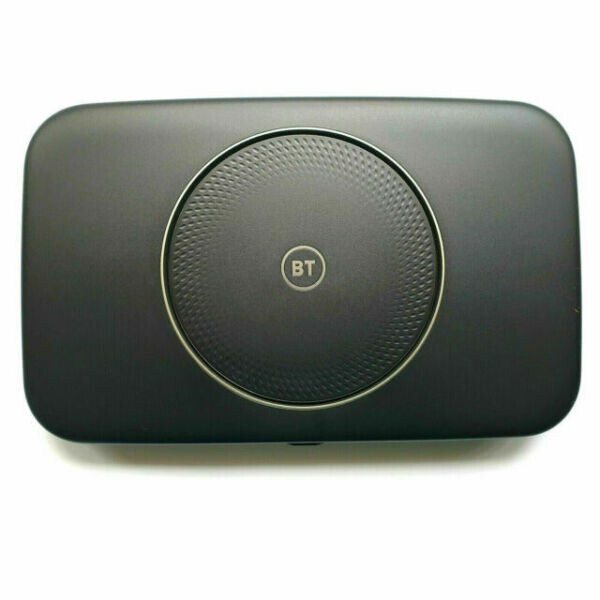 Our phone comes with our Virgin Media package so as it’s fibre I imagine it won’t be affected by this.

We don’t really want a landline as we only get free calls over the weekend and to get 24/7 is expensive. We have unlimited calls on our mobiles so always use those. We asked Virgin if we could ditch the landline but by including it the package is much cheaper than having just TV and broadband. This seems a bit bonkers but must make sense to someone somewhere.

I need to work out why I am paying line rental then!

We have that Hub, and fibre to the router

From BT we got a ‘free’ Digital home phone, which looks as if it will connect ‘wirelessly’ to the hub using the ‘WPS’ function. 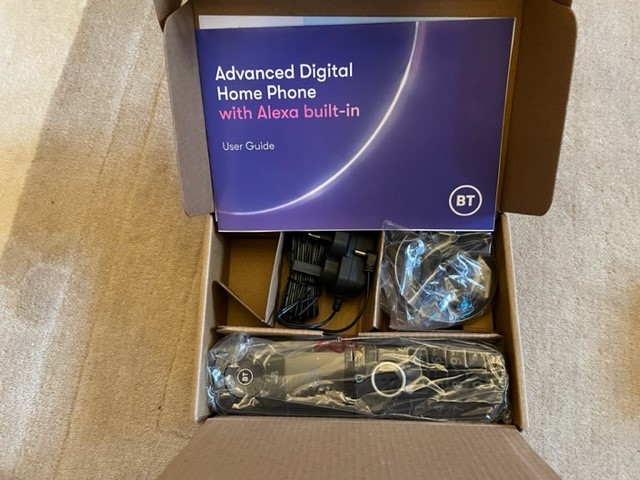 Also got a ‘free’ Digital voice adapter, which I understand we can use to retain our current phones if we wish, and plug the base station phone into the adapter - which is then connected to the hub via ‘WPS’ function.
The remaining current ‘wireless’ phones should then operate as previously from the current base station phone. 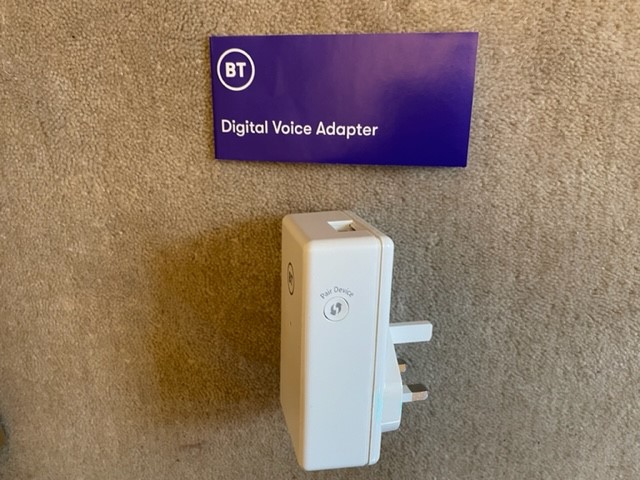 (As most folks, we use the landline very little these days, although mobile signal can be a little iffy…)

The only people that call our landline are Scammers, which I like to keep on the phone for as long as I can, to save them calling a potential Victim