I found mine including the Epos 25 worked very well with Exposure amps of the same period - The pre was a 21 and the 18 mono amps. Then I did something crazy and moved to mono 16 amps before I moved the Naim.

The 16s were wonderful but used to blow their power switches and sometime trip the power - not good on a winters evening. I don’t think they built many but worth hearing.

I wonder when Fink Team will reintroduce the brand and what they will come up with.

At some point in their life, one of the tweeters failed in my pair. I’m guessing early 00’s, as it was after EPOS had closed and there was no technical support or aftermarket spares, etc. So, I reached out to the OEM, which is SEAS. They were brilliant and sent me a replacement unit from Norway. Which, I then had fitted by another local dealer. I think myself lucky, that SEAS still had stock of the item.

A couple of years ago, a pre-loved pair of ES14’s came up at my dealers - Basically Sound, Norfolk - which weren’t great to look at, (Black Ash cabinets badly marked), but all the drive units and internals were fine. A deal was done and I’ve now got a second pair, which I’m keeping as a donor pair, for spares.

I’ve also read about changing the capacitors, after 30+ yrs, with new. Which I have mixed feeling about. (Despite, Naim doing this all the time for an aged PSU. So, understand after so much time, it might be a good thing). But, I’m also very keen to keep it all original. More importantly, haven’t yet noticed anything that might cause me to do this.

Truth is, mine only really have 15 ish years “miles on the clock”. They went in and out of storage, (in their original boxes), between maybe 2000 and 2015, whilst other bits of HiFi got used more.

I bought a pair of Epos 14 speakers from Audio Counsel in Oldham in 1990. The speakers were £485 and the stands were £85. It sounds like a bargain based on current speaker prices, but I remember saving hard for these little beauties!
I finally let them go last year and replaced with Sonus Faber Olympica IIs. No real regrets here concerning the sound, I find the SF’s much more to my taste now, but they were old friends and I was sad to part ways.

I bought a pair of Epos ES11s in the 1980s I believe and bi-amped them with an Arcam Delta 290 and Arcam power amp. I think I bought this from West Midlands Audio which was virtually at the end of my road in Worcester and which has long since disappeared although I think that one of the guys who worked there now runs West Midlands Audio Exchange in Belbroughton. That set up was awesome especially considering it replaced my late father-in-laws Quad 33/405 combination with those huge Quad electrostatic speakers. At some point one of the Arcam amps blew and I bought a Nait 5 integrated amp and then subsequently - perhaps around 2002 I bought a Naim NAP 200 from Maurice at Audio Exchange in Worcester and his assistant/associate who apparently had a stately home in Suffolk (unless they were winding me up. With the NAP 200 I bought a pair of Dynaudio speakers and initially was very happy but ultimately I missed the Epos ES11s and reverted to them and have been very happy with them ever since. After Epos closed for business in the UK I found a pair of Epoz powered speakers which were apparently manufactured in Australia. They were pretty much as good as the Epos ES11s. A few years ago I added an Epos ESC3 (I think) centre speaker and Epos subwoofer for TV surround sound use. I’m hoping to upgrade the Nait 5 to a 202 pre-amp in the near future but I don’t think I dare even consider changing the ES11s after my previous experience.

That brings back memories. West Midlands Audio was a regular haunt of mine when I worked up in Malvern. One of those brilliant shops that was just like a regular house. Peter was the chap I normally dealt with and you’re right in that John went off to Belbroughton when WMA shut up shop.

Purchased the Epos ES14’s at Mike Manning Audio in Yeovil in 1988 along with the Naim NAC72/NAP140 Pre/Power and CD2. Have recently added a Nd5XS streamer.! They have been in New Zealand with us ever since. Thought about replacing them once, but I lay down and listened to them until the urge went away!! 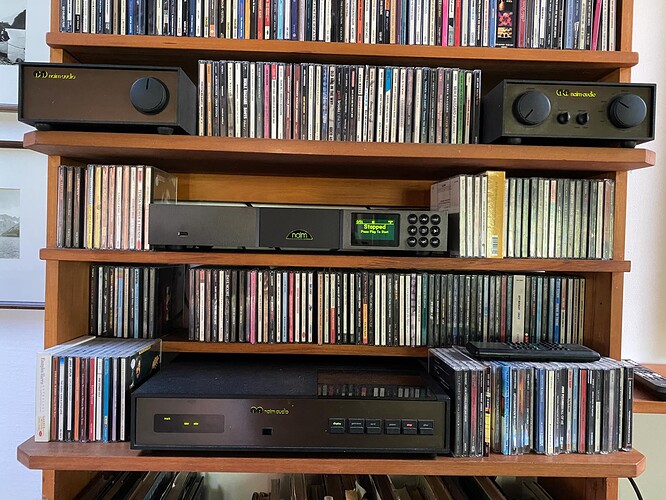 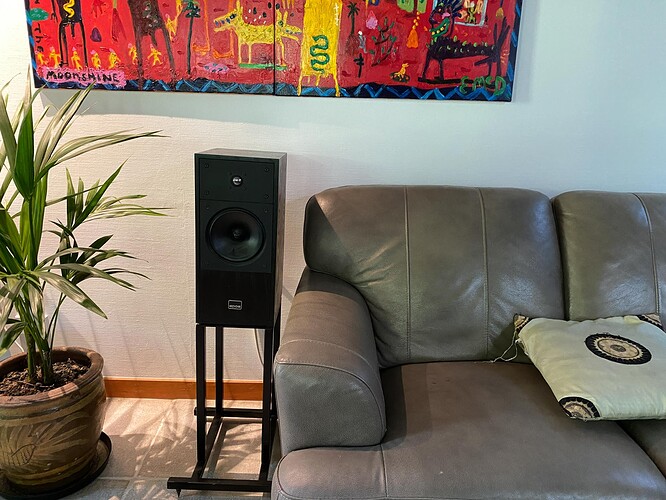 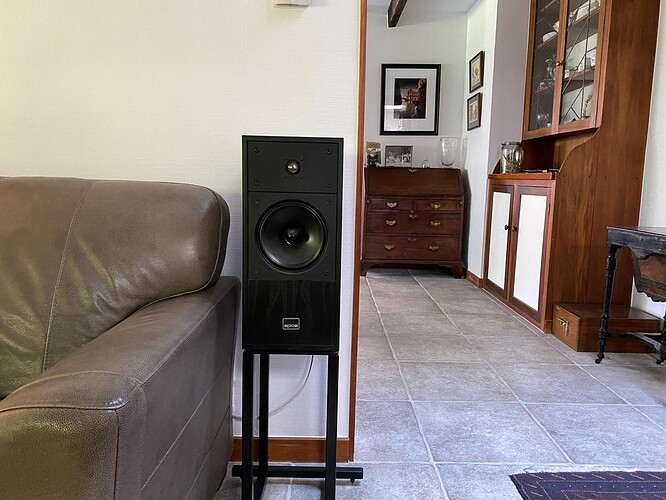 Just look at those speakers, in all all their glory.

Same age as mine

Also bought a LP12 arm and cartridge from Mik.

I can understand why, that is a lovely system… 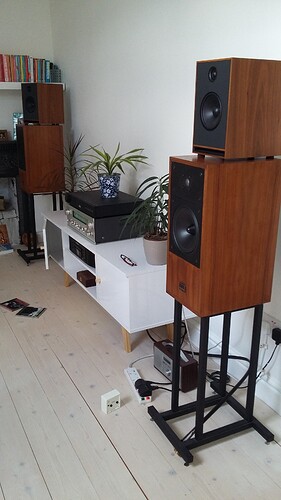 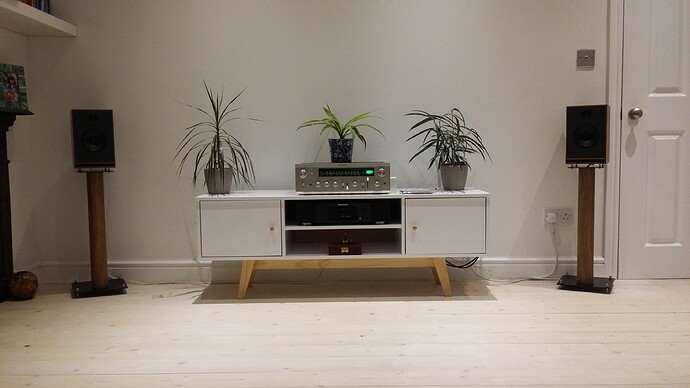 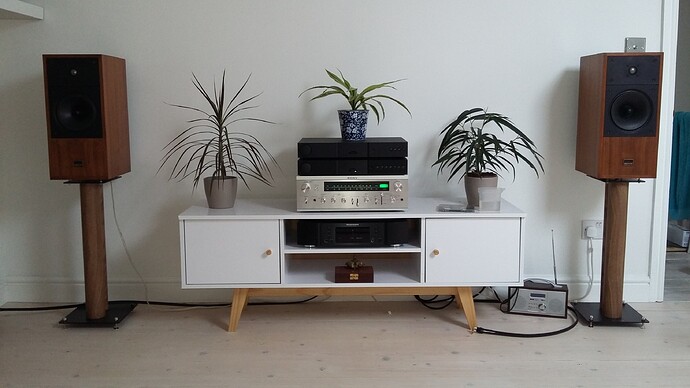 Super photos. Thanks for sharing.
Secretly hoping - after 6 months - you still like the 14’s

Thanks. After years of listening to that amazing midrange I think my ears have become a bit Epos shaped !

That Sony receiver is a beauty !

Thanks. I bought it purely on its looks and now I keep swapping it with my Naim XS2 and at normal listening levels it holds its own. I can’t quite believe it. Fun and games.