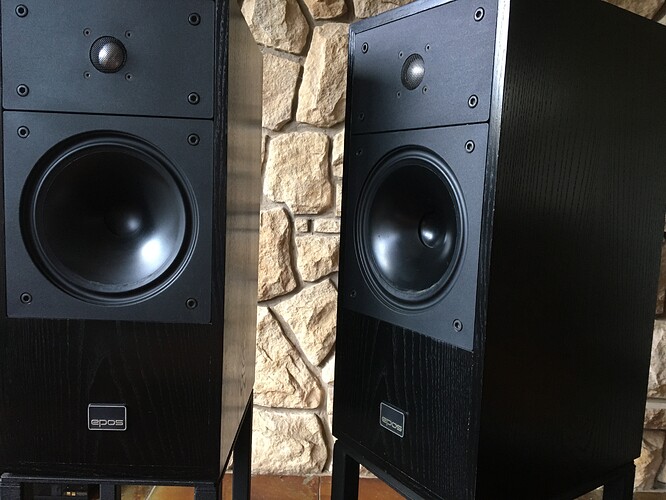 No introduction required. Do share your own Epos ES14 stories and pictures?

These amazing speakers can be counted amongst my best friends. We’ve been together since the late 1980’s. Originally purchased new, from Sound Advice in Loughborough. They’ve outlived every other piece of HiFi that has come and gone in our house. 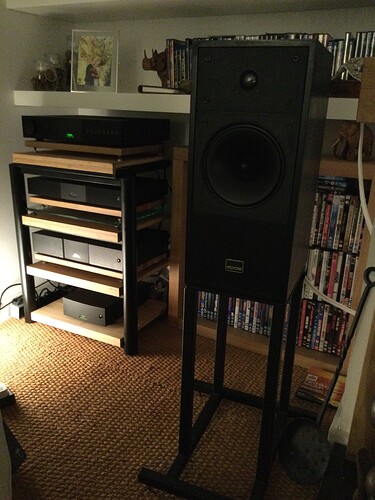 Owned a few pairs of these. The single-wired concave dust cap Chesham built ones are the best versions ime. The open frame stands get the best from them too.

Unfortunately I do not have any pictures but fondly remember my ES14s paired with 82,Supercap,250 LP12 and CDI at the time the dealer suggested I upgraded to SBLs tried a couple of pairs they did not work for me the ES14s stayed.

I still use a pair in my office, driven by a Unitiqute 2, would you believe? They originally belonged to friend, and indeed. I helped him choose them when he was living in HK.

Nice story. I’ve had similar experiences. Over the years, trying a myriad of alternatives. Not been tempted yet.

There may be a new friend to be found yet.

It took a pair of Heybrook Sextets to dislodge the ES14s the Heybrooks were a superb speaker they worked hard up against wall kept them for about twenty years.

With the dense foam bung in this is less of a problem ime.

I first heard these at the Sound Organisation in Southwark in 1988, and, with due allowances for the fallibility of audio memory, they remain the most enjoyable speakers I’ve heard, bar none. Because I was living in rented accommodation, I needed something a little smaller, and designed to work close to a wall, so that ruled them out (I went for Kans instead, which is a story in itself).

To the happy ES14 owners on this thread: what, if any, currently available close-to-wall standmounters would you regard as having a similar sonic / musical character?

I have to use them fairly close to the wall, and here foam bungs are very handy. If you want a nice compromise between no bungs and bunged up, then try cut down bunched up drinking straws in the ports instead.

Both the ES14 and ES11 are fine, musical speakers. Virtually no crossover (1 cap in series with the tweeter) and the bass/mid units are designed to have a mechanical/acoustic natural roll-off. The foam bung inside the port on the ES14 is supposed to stay put as the low frequency alignment is designed as a ‘lossy’ reflex and the speakers mounted fairly close to a rear wall. There was a bung provided with the ES11 but this was designed to be used both close to a wall (bung in place) and further out into the room.

I worked with the designer Robin Marshall and he had an innate sense of timing and tonal balance, he’s a proficient bass player. He also used a Naim system to voice both speakers (32.5, HiCap, 250 if I remember correctly). It was this system that got me hooked on the ‘Naim sound’.

That’s a brilliant story and great to know. Thanks for sharing.

My ES14s date from 1993 and are still performing well on the end of my 272/555PS/250DR. Originally they sat on the end of a 52 Olive & 250 CB which I do have moments of regret letting these go but…The ES14s went into storage while my daughter was young but have now been reinstated. The bungs unfortunately went walkabout but they still provide the magic some 18 inches from the rear wall and are well suited to my 4m X 4m living/listening room albeit with all the other family stuff that resides in the room. I also remember the comment regarding the 250 being used to voice the 14s and it has to be admitted that they are a good pairing. I have been tempted to replace with floorstanders - usual suspects: PMC, ATC, Dynaudio, Neat, Kudos and Totems (which I have a real soft spot for after hearing Vince himself demo’ing quite a few years back) but am wary of 1) destroying the system synergy and 2) taking up more space in the family room. It would be interesting to do a home demo of some of these just to elicit how much of a difference the modern speakers might make to a 25 year + speaker that is performing well. Curious but no rush (having learnt my lesson with the 52!).

I first also heard these superb speakers at Sound Advice in Loughborough. I never bought any but, they remain imprinted in my mind /ears as an all time classic.

What ever happened to Robin Marshall, i know he was chief engineer at Mordaunt short, but then they got shut down by the owner TGI?

I currently have mine set up the same, about 18 inches from rear boundary and slightly toe’d in to the listening position. This suits me fine for now.

Over the years, I have experimented and tried so many combination - different rooms and different systems. But, also bung in / bung out / drinking straws, etc. (Including over this last weekend). For me, the most satisfying sound in current room and current system is as outlined above.

Also, like yourself, had the privilege to audition lots of alternatives. Not yet convinced…

Robin did some short stints with Monitor Audio and Spendor after leaving Mordaunt-Short / Epos Acoustics (he sold Epos to TGI and became TD for MS and Epos). He then went to Harman in France for some years before retiring.

Thanks for the update

I’ve owned a pair of ES14s since 1987 and they’re still used in my workshop. They replaced a pair of failing Gale 401s, which with hindsight was an error of judgement (years later I fixed the ailing 401s and very quickly realised I shouldn’t have sidelined them so easily). No matter, the 14s are capable of good results - particularly if driven by Naim amps and with top notch sources.
They have a weak spot though - the coil bobbin in the mid-bass unit can become detached from the cone! It’s fixable, but is a hell of a faff to do and (apparently) not many specialists will do it as they can’t guarantee a lasting repair. I repaired one of mine about 6 years ago and it’s still working ok 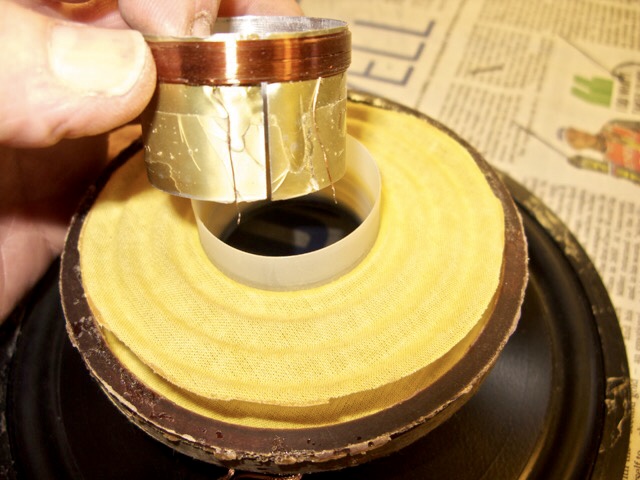 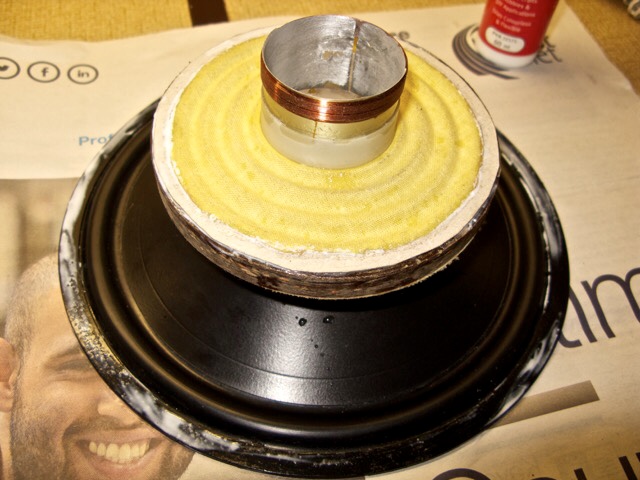