Looking at the story behind the new speaker it looks more like a Fink led design and then the visuals make sense.

Yes, Fink have taken over Epos, so at least with Karl-Heinz Fink in control, there is someone interesting and ambitious now behind the scenes. The prototype seen in the background… 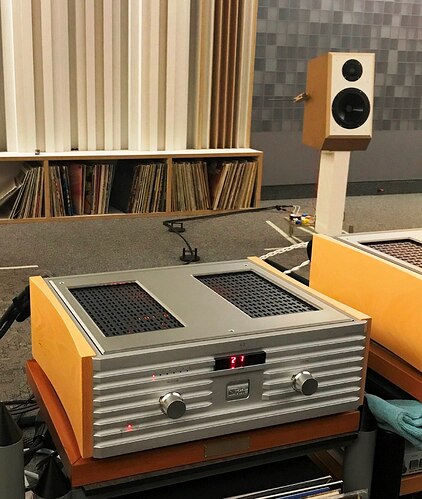 Interesting I see they are bringing out new version of the Mission 770 speaker looks interesting had a pair of the originals and they were excellent.

And at least the new Missions look like their predecessors… 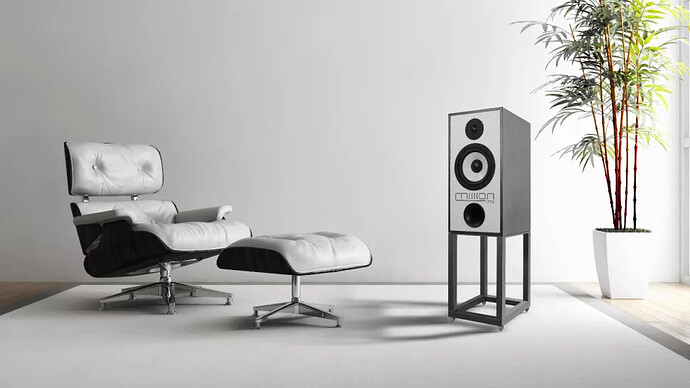 More photographs/renders of the forthcoming Epos loudspeakers have been released in the last day or two (I’ve not copied them across in case of any copyright issues) ahead of their launch at the Munich show at the end of May.
You can take a look at the piccys on the Epos Loudspeaker Fangroup Facebook page.
Although I have absolutely no plans to change speakers in the foreseeable future, it’s strange how these are starting to pique my interest as the launch approaches.

As a long term user of the ES14 I would be very interested in these if they turn out to be as ‘Naim friendly’ as the originals (whatever that means!). I also like that they remind me a bit of the Kudos 505s which are also on my list. The Fink connection suggests a case for confidence given how his other products appear to have been received. Let’s see!

I have to say that I prefer my original ES14’s to the images of the new ones on looks. However I am intrigued to hear the reports as to how they compare, which will no doubt be a part of their assessment. They will have much to live up to and improve upon.

Any suggestions on price?

I owned a pair of those beauties…and they are good … very good…but hey every speaker is a compromise… with the 14 … the driver has a biggish heavy cone…the crossover whilst as minimal as possible…introduces its own issues. Bear in mind this speaker was largely designed without help of sophisticated computer analysis. A really good modern speaker…will improve on the ES14… I always felt mine were not that tuneful in the bass…lacking texture and insight…and ultimately not that fast…but as I began all speakers are a compromise and the 14’s cover themselves very well…I miss them…and I loved the industrial SL600 look.

Any suggestions on price?

I’ve searched high and low on the inter-web thingy and cannot find any info on price at the moment. The Fink Team seem to be playing their cards very close to their chest until the official launch at Munich. Considering the amount of ‘re-engineering’ that they claim to be undertaking, I would guess that they’re unlikely to be at the same price level as their predecessors.
They do look quite nice though… 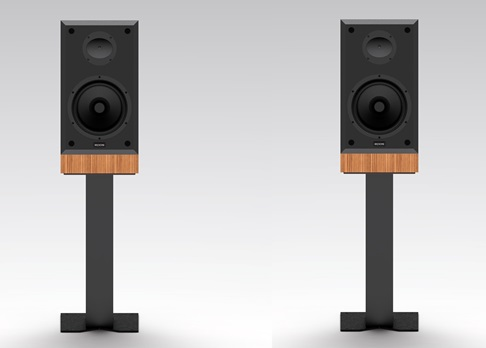 They look interesting - maybe Darko might be able to shed some light as he’s asked manufacturers/distributors to pass info for a pre-show podcast/video project he’s trying to put together?

Lovely sunny day, our Epos ES14’s caught in the sunshine… 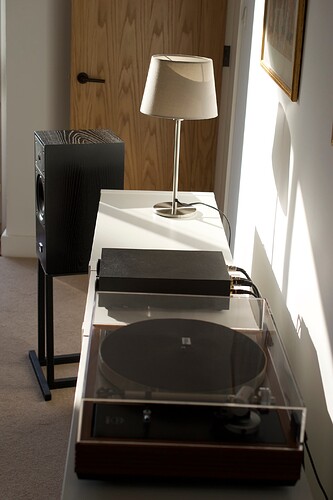 That was pretty much the same system that I first heard the 14’s with, although the source was a Naim CDplayer. Knew I wanted a pair from then. Bought mine in ‘92.

That is certainly the price quoted in their report on the ‘new’ Mission 770’s (including stands).
I can’t find anything in there about the Epos ES14N though.

We seem to have entered a bizarre parallel dimension where Epos and Mission have swapped their stand strategies for the new releases. Based on the latest images the proposed ES14N stands don’t appear to be particularly rigid to me (especially compared to the originals). Mission’s strategy seems to have gone the opposite way, and be much more in line with accepted wisdom. Their original stands left a lot to be desired but the new ones appear very “Epos-like”!

Close up detail of an Epos ES14 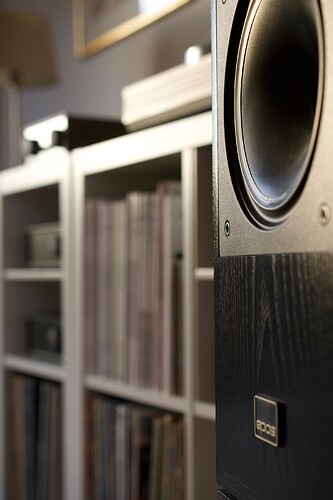 I’m surprised many ES14 user photo in here, place their speakers very close to rear wall.
Must have bungs in ?

I never managed to finally control my ES14 in the bas department, Wonderfull as they are, I preferred ES11 & 12 overall, room was smallish.

As for the new and very expensive ES14N by Fink, they delivered great sound when I had a chance listening to them a good while, unknown amp/source but I stayed as long as I could.
I’d choose them anyday over the Missions up thread.

In my office I have them fairly close to the wall (about half a foot out). I don’t like the bungs so much, but find that straws are fine. The bass is never going to be as tightly controlled as something like SBLs or SL2s - indeed, it’s miles away from these two in such confines. They are probably less than ideal in my space which is why I tend to swap back and forth between these and Kans.

Yes, they need room to breath. I’ve just measured mine and they are currently just over 18 inches (about 48 cm) from the back wall surface. Bungs out.

I’ve tried all the options over the years. Bungs in. Bung out. Straws. Different distances from rear boundary, etc. We’ve just been through the whole exercise again, (when we moved into our new house here, a few months back). For me, around 18 inches “sounds” about right for every day use.

Occasionally, they are moved further into the room - maybe about a metre - and this probably reduces interactions with boundaries to a minimum.

From memory, all the rooms we have used them in, they seem to sound best at about 18-20 inches (around 50cm). I’m more than happy to move them backwards (when not in use much) and forwards (for a nice listening session).

Always admired the Epos ES11 too. A friend had a pair which worked really well in a more modest room.

Thanks for feedback on the recent updates.