I was surprised to find we don’t have a thread name for Eric Clapton. 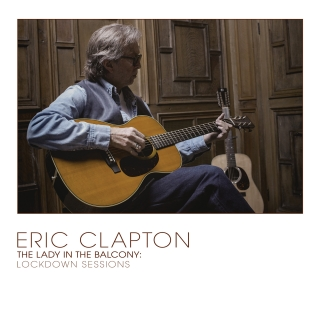 This is a new EC release of 17 tracks recorded ‘live’ at Cowdray House - a country house in Sussex.
Its a sort of follow-on in the style of ‘Unplugged’ but a smaller ensemble with people he’s played with for numbers of years; the superb jazz bass Nathan East, Steve Gadd on drums & Chris Stainton on keyboards.
Its mostly acoustic instruments & the last three tracks are electric.

The style is laid back, relaxed rearrangements of blues & other standards, some (for me) are are better than the originals. ‘Tears in Heaven’ is just beautiful, ‘River of Tears’ shows the Clapton voice at its very best & a nod to Peter Green with 'Black Magic Woman & ‘Man of the World’ plus J.J. Cale with ‘After Midnight’
I found it easy to forget its Clapton, its just a nice easy listing. 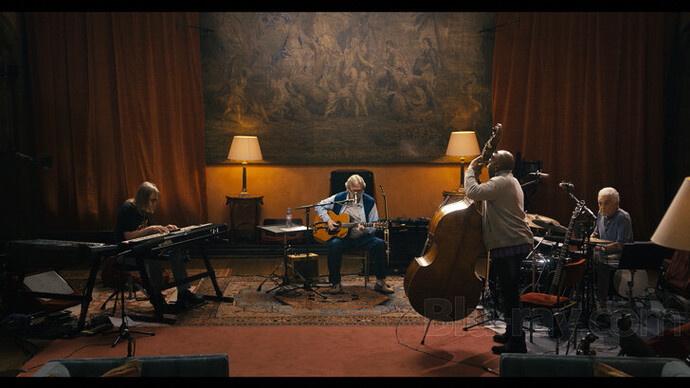 I played it on Tidal, lovely and ordered it on vinyl. Just the kind of thing the elder statesmen should do.

Good idea for a thread by the way although views on the person will conflict, as do my own!

Great to see Steve Gadd back on drums.

He’s not all bad, his racist outburst at a concert of his gave birth to Rock Against Racism Many rock stars do bizarre things.

“Many have commented that if social media was around when The Thin White Duke was, Bowie’s career would not have survived. It wouldn’t be an exaggeration to compare his look at the time to a Nazi doctor. In an interview with the NME, Bowie said something that would follow him for the rest of his life and even beyond the grave.

“You’ve got to have an extreme right-wing front come up and sweep everything off its feet and tidy everything up,” Bowie said. To make matters worst, he even glorified Adolf Hitler, calling him “the first rock star.”

Adding, “Britain is ready for a fascist leader… I think Britain could benefit from a fascist leader. After all, fascism is really nationalism… I believe very strongly in fascism, people have always responded with greater efficiency under a regimental leadership“.”

Are we not going to talk about Bowie?

Agree Lindsay.
I don’t like Clapton on a few things political, the racist stuff was back in the 1970’s when he was off his head, his anti-vax views however is something I totally disagree with.
But this is the Music Room, lets keep it to music

I do really like some of his stuff and he is clearly a fine guitarist and songwriter. The trouble is, how do you separate the man and his words? Can you reconcile it with your own conscience? As many will know, my favourite band is The Smiths, and Morrissey wrote some fantastic lyrics that really communicated with angst ridden youth, such as me. But of course he has become something of a crazed loon and I won’t give him another single penny. I suppose we all take different views on what can be forgiven or excused. Clapton recently gave a significant donation to an anti vax organisation and if people are happy for their money to be spent in that way when millions are dead or dying it’s for their own conscience. It’s certainly not something I’d be able to rest easy with.

This being the Music thread I feel it’s best that members comment on the music here rather than the man himself. Otherwise I can’t really see the thread going well or lasting long.

Chick Corea is a Scientologist, but I doesn’t stop me buying some of his records.
But I agree that the anti vax is very odd.

No politics please. Thanks.

Being very rich - such as EC - seems to result in some people thinking they have a right to espouse strange views… And for people to listen to them.

Eric isn’t the only one…

I find myself in the fortunate position of liking absolutely nothing he has done since Layla. Equally I find his guitar playing tasteful rather than jaw dropping and his sing writing generally poor. Means I don’t even have to worry about the politics

Pretty much in agreement here. Cream and Derek & The Dominos I (still) like - a lot.
Beyond that… sorry, Eric… not much for me to like…

Okay 6 EC gems and there are almost countless others:

absolutely nothing he has done since Layla. Equally I find his guitar playing tasteful rather than jaw dropping and his sing writing generally poor.

Yes there have been fallow periods but Layla is the = of anything. As a guitar player, far from the technically most advanced I like so much of his work , particularly live explosive. But I share the view about tasteful particularly on the quieter moments.

It’s certainly not something I’d be able to rest easy with.

Nigel that is very legitimate, your choice, but very different to “there should be no platform on the Forum”

I have an uncle who is obsessed with EC. However in defence to your suggestions I shall go listen this afternoon and see what I think.

For me Clapton is a guitarist first & foremost, that said although his voice is limited in range he has real ability with pitch, timing, emotion & whatever it takes to make it sound better than many more gifted singers.