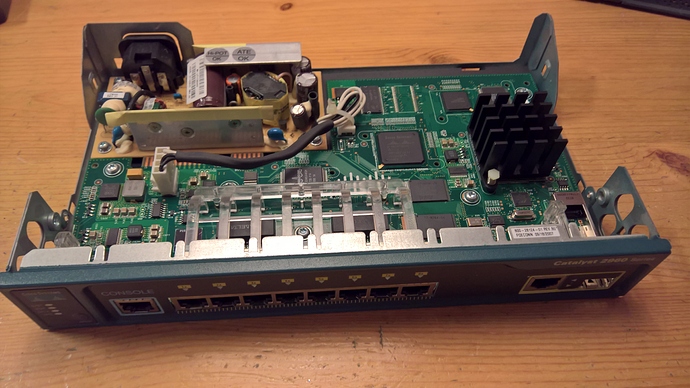 The name has @Bailyhill suggested.

•@BertBird added in pictures in another thread about a new Anzus switch,.Uptone also comes with a new switch in the fall.
So,.much exciting is happening in this area,.this we can discuss and speculate on in this thread.

I would suggest to also talk about Ethernet cables in this thread. I would like to test in the coming period my Audiquest Vodka cable against the Chord Music Ethernet cable and would be interest what others have to say about it. Does it makes sense to spend so much money on a cable, what would I gain with upgrading from a sound perspective…

I would suggest to also talk about Ethernet cables in this thread.

@BertBird,…I changed the title after your suggestion.
So we can also discuss Ethernet-cables vs switch etc.

Thanks @Peder always wondered what was inside and scared to look 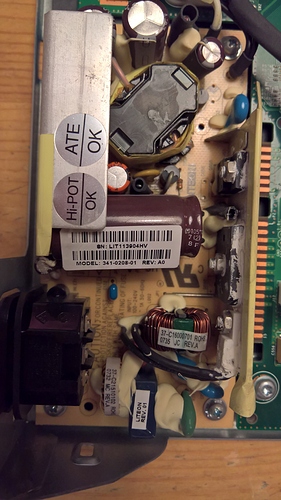 Here you see a picture of the one of Simon In Suffolk’s recommended…
• Cisco WS-C2960-8TC-L’s SMPS.

We have discovered that some who bought their Cisco 2960 on ebay,.and that these Cisco’s have not gone through any control-programs…have had inferior soundquality.

Then it has been shown that the fault has been in the power-supply…See picture above.
These SMPS can be purchased new or used from some companies that specialize in Cisco,or used Cisco.
The option is,.that a knowledgeable company makes a recapp on your SMPS.

Important: These images are for those of you who are interested in how a Cisco looks internally.
If you have no knowledge,.Do Not Open Your Cisco.
• For those of you with knowledge,.there is a cable (see picture) between your SMPS and your Audioboard.
Pull it up and down 8-10 times to remove oxides from the contact-surfaces.

It is with this it started,and which most people buy.
But @Simon-in-Suffolk who is the real technical expert,.also uses one with the designation 3560 I think it was.
But it is better that he himself comments on this.

• I installed a Cisco WS-C2960-8TC-L in a friends music-system this weekend that was.
He didn’t see what I did,.so when I started playing,he asked if I had changed the signal-source too.
So great was the difference in soundquality this time,.in that music-system.

Some may find this useful.

As long as it’s a Cisco Catalyst switch, I don’t think you’ll go far wrong. Just stick to the 8 port models, rather than the larger ones which are fan cooled, unless they are hidden out of earshot.

Yeah the 48-port models are NOT coming into my home!!

Yes, they are big ugly monsters! You can just about hide the 8 port switches under a sofa of somewhere.

Cat 6a as good?
Can only find blue jeans. Asked on amazon stateside…

I thought you gentlemen would be getting excited about the new kid on the block. External clock ref input too so plenty of scope for endless tweaking with cables, clocks, clock power supplies etc etc… 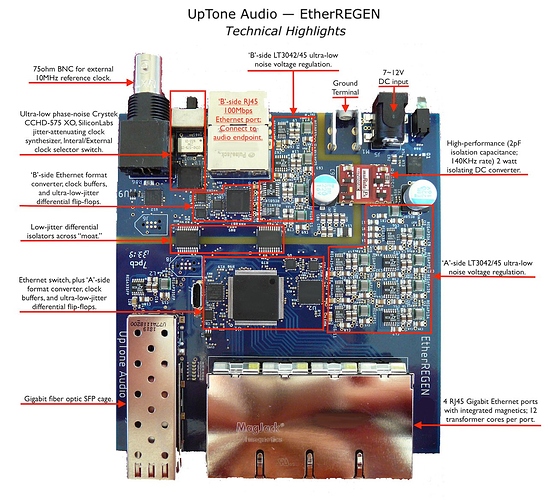 Not really, it simply is providing a quality physical layer decoupling… so use a quality switch like any if the Cisco catalyst switches, including the obsolete ones and you should be good.
The real additional benefit is Ethernet data isolation… plenty in geeky network circles on that, almost nothing in audiophile circles as it needs bespoke setup and an understanding of several network protocols… but provides true Ethernet data noise decoupling. You cant just throw money at it unless you employ services of a network engineer.

Any of the 8 port devices will be good from the 2960 or 3560 ranges including obsolete ones.
The extra letters are irrelevant as most here are simply plug and play as a simple unmanaged switch

Well i can’t say it gets me excited - i’m long done with fiddling about with stuff like this but we have other members that enjoy this part of the hobby.

t I simply cannot feel the same sense of wonder over a switch or a router. I know I’m strange.

The first sensible post I’ve read on this subject for quite a while.
It’s ‘amusing’ reading the thread & I wonder how long & were it will end up, I suspect the same old goat trail dead end as all the ethernet threads.