I recently picked up the SACD release of A Little Night Music. I was reminded of how embarrassingly long it took me to figure out what was going on with the cover.

Couldn’t find a larger image to paste in. 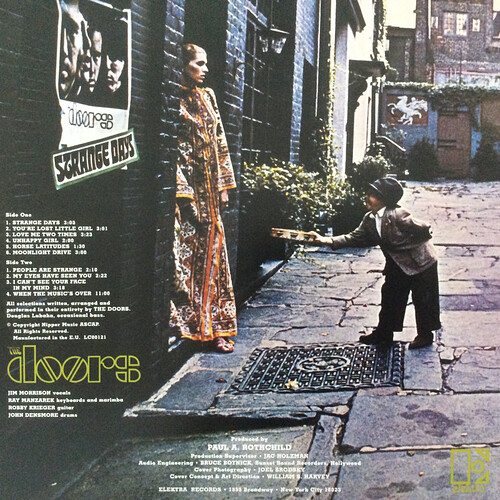 A record cover that absolutely captivates me even after some 52 years of looking at it (I bought it in 1969). 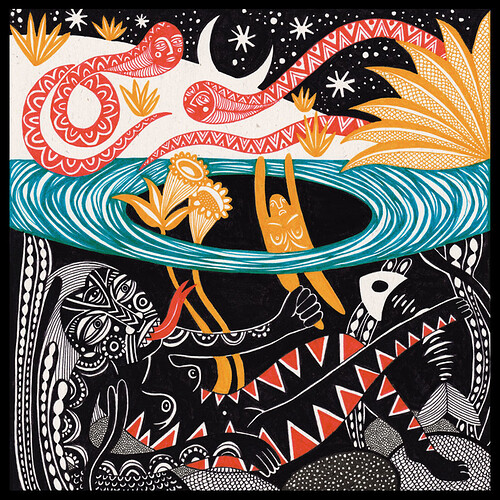 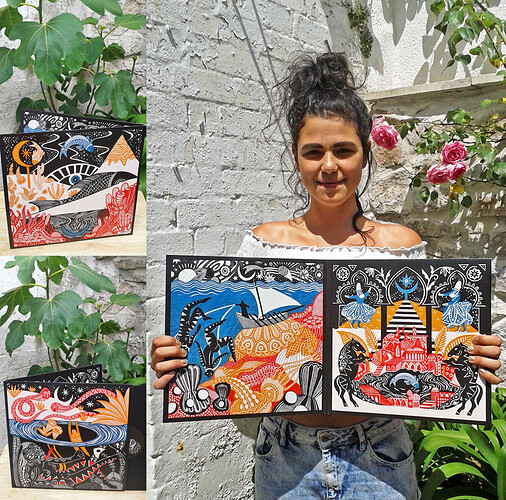 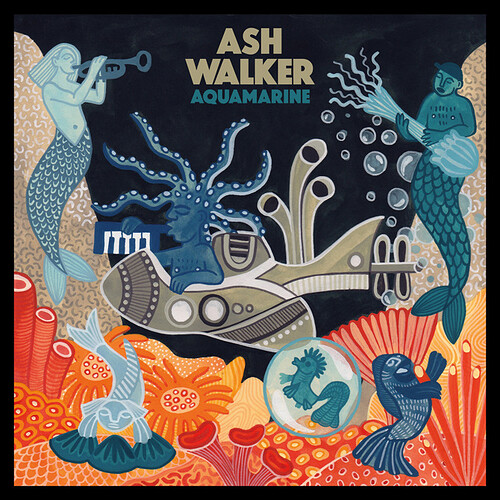 I live a block from there. I’ll take a picture the next time I pass by.

That would be great. Thanks!
I’ve looked it up before and was surprised it wasn’t in LA (until I went to LA!) or San Francisco. Then surprised and pleased it hadn’t been bulldozed. 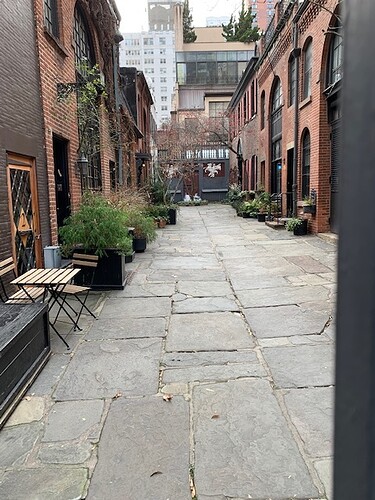 A lovely place. I’ve often wondered what it would be like to live there.
Thanks for the photo.

That front image on the Strange Days album cover is not standard. As issued, it is just the photograph, with no text or cream border.

Do you know where this LP is from?

It’s not an LP. It’s a lyrics and music book.
Not mine sadly, but I’d buy it in an instant if I found a copy

Ah right, thank you. I never knew that the ‘Strange Days’ photo location was in New York, as I’ve always associated The Doors with West Coast USA.

I used to go to New York a heck of a lot on business, but never knew that the street was there. Does anyone know the name of the street? I’d be annoyed to know that I’ve walked past it without realising.

If I ever went back to NYC (unlikely now), I’d certainly make a pilgrimage.

It would also be fun to visit LA to see the locations of the Morrison Hotel and Hard Rock Cafe cover shots, but that won’t happen to me either. Of course, they might not exist any more : rather beyond the remit of the National Trust or English Heritage.

Genesis. Trick of the Tail. Always liked this. Music, Artwork and Lyrics all working as one. And beautifully done imho. 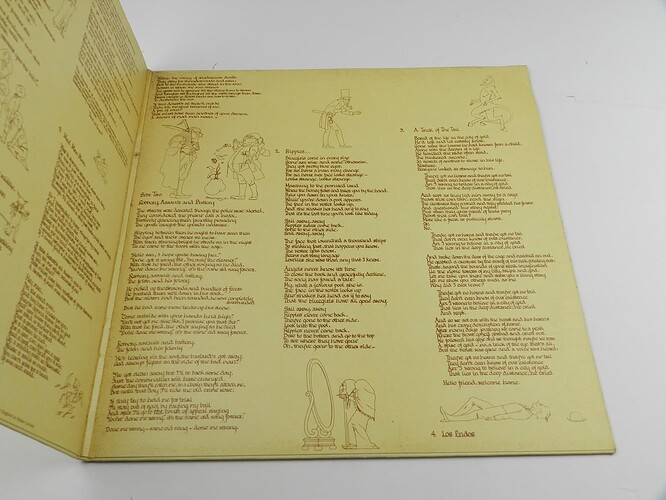 Thanks, all, I found it on a NYC map.

So I know now that I haven’t walked past it, but I do wish that I had. I can dream of living a bohemian life in one of the artists’ studios there.

We can move now on to Morrison Hotel and the Hard Rock Cafe for our next mini-tutorial.

Best is Room 32, La Cienaga Motel on Cienaga Blvd (even tho its now been made into some ghastly JM shrine) - the rooms where Jim lived for awhile. When I stayed there in 1981 it was pretty much how it was when Jim was there. Strange Days indeed.

Morrison Hotel, from recent pics I’ve seen, is pretty hard to spot. I’ve never been to the location though.

Goodness, I’m not sure that I’d like to stay in an hotel room where one of my dead heroes had lived. Did you find it ‘strange’?

We need Forum Members who live in NYC and LA to post recent photos for us.

(I’m sure that someone could make a fascinating ‘coffee table’ book with photos of old rock’n’roll venues.)

Incidentally, apologies to Richard Dane for moving this thread way off course! 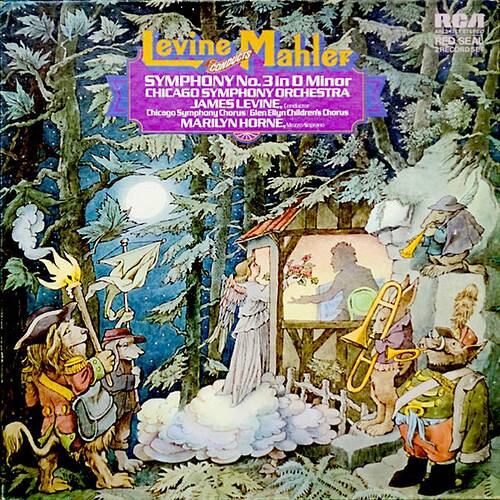 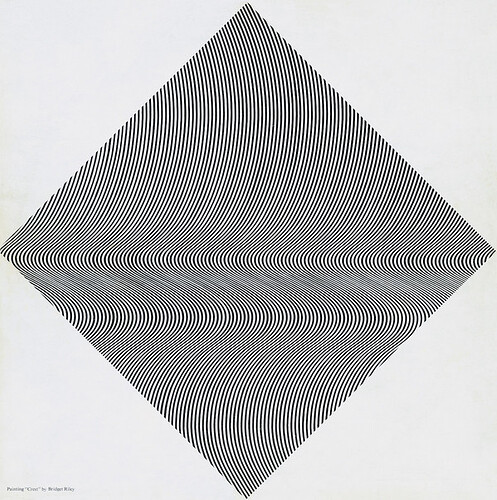 Always been partial to the Pig - had it blutacked to my teenage wall for years (along with Juicy Lucy!). 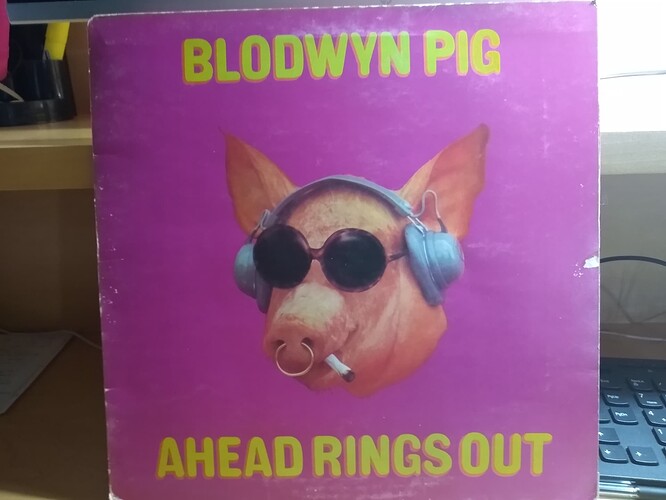 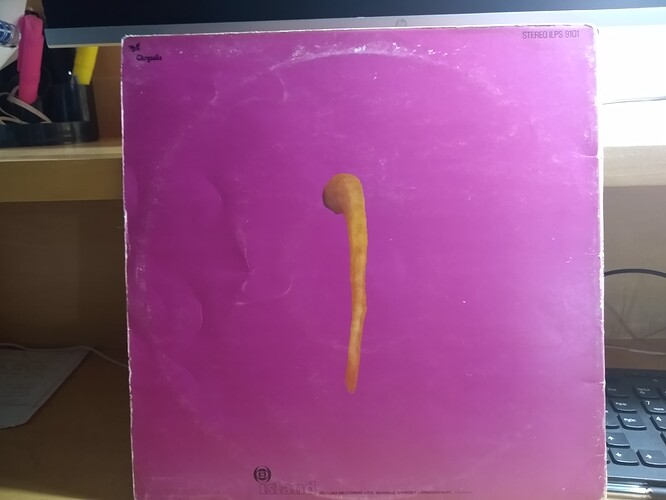 Good gatefold inner too with ‘mystical’ pic, pics of the boys as munchkins and amusing song descriptions. 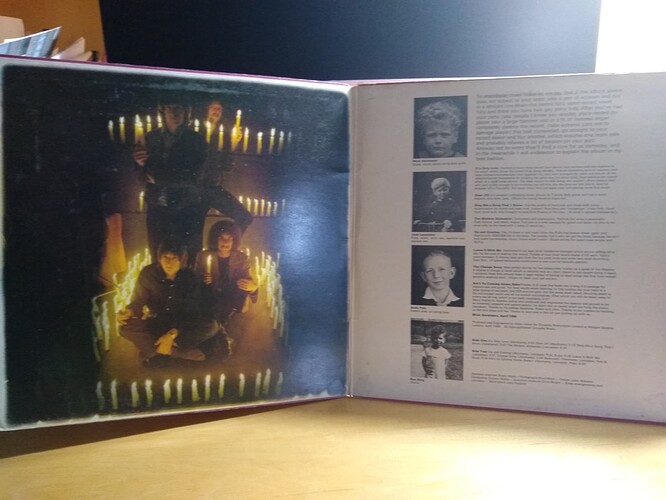 Thanks for the explanation. I have seen the cover often, but had never quite understood the drawing.