Just got ex demo focal sopra 2 and they are outstanding much better than pmc fact 8 and pmc twenty 5 26 and fact 12 which I did home demo all of these speaker, I do like pmc but sopra everything is more balanced a more alive. So anybody looking to demo speakers should try sopra 2.

“Just got ex demo focal sopra 2 and they are outstanding…”. With? i.e. what’s the rest of your system?

“Just got ex demo focal sopra 2 and they are outstanding…”. With?

Just got ex demo focal sopra 2 and they are outstanding…

I had a pair as per the photo on demo. They sounded as if a lot was going on, a bit too busy as if the sound was clinical and split up but thats just my opinion. I wonder if they would have sounded better with my turntable which I didn’t have set up at the time. The music didn’t flow enough for me and after a week of listening (well within the first hour really) I decided they weren’t for me. Some people love them so as ever each to their own choice. 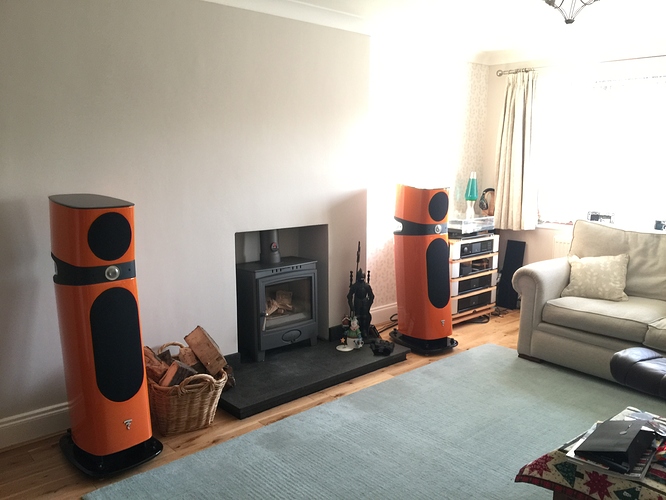 Better looking than the last of these
https://community.naimaudio.com/t/don-t-buy-new-speakers-the-listening-room-reality/5761/456?u=filipe

I friend and I heard a Dealer demo of Sopra 2 vs Kudos Titan 88 (the old version) - he had already decided the Titan was going to be the one he purchased and had arranged a good deal for them with the Dealer and just wanted to hear them against another good speaker in a similar system to his before purchase - very sensible. As local (nearby the Dealer) friend I was there out of interest.
He ended-up to his surprise buying the Sopra 2.

I was at the demo and was also surprised that it just sounded so much more insightful and made the music more accessible - just more enjoyable.
He was also going to upgrade in the same session to a DR 250.2 Amp, but also made the mistake of wanting to hear what the DR 300 did over and above it - the 300 DR was so much better than the 250 DR with the Sopra 2 that he got that too.

My friend is rather tight with spend on HiFi and the last outlay was long enough ago that the latest and best from Naim were the Olive series and SBL speakers - both of which he had.

I’m not a fan of casually rubbishing someones speakers they have purchased and like - seems a very poor personal quality to me - but it is what is done here a lot.

Be happy with your own purchase and enjoy - you were not the only one to make your own assessment to what you prefer for you!

Not every one got the Same hearing preferences

Whatever floats ones boat 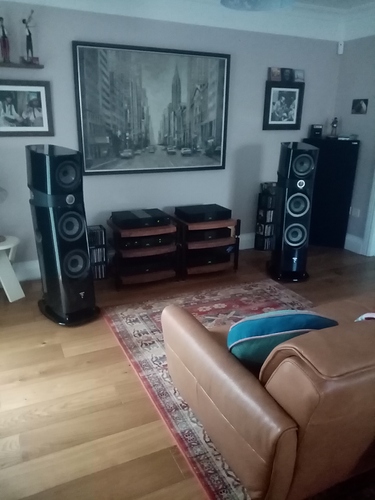 Congratulations @Hawkmoon. I have a similar system to yours in a 25 X 17 foot room with a vaulted ceiling and so I opted for the Sopra-3 but there is little difference vs Sopra-2. I noticed a fair amount of toe-in unless photo you posted is distorting this. Try with little to no toe-in as well if you haven’t for a wider soundstage.

I actually quite like the look of the Sopra’s and much better looking in black than the bright orange that I had on loan. My son aged 21 thought they looked great and that most speakers look old fashioned and boring. In the right room I think the bright colours could look stunning. Enjoy.

Yes I was trying out with toe in, I do have them with no toe in now I will also be putting some panels behind the speakers at a later date the room in fairly bright.

No need to try for me. I’m already in the Sopra camp.

I was going to buy the Magico A3 that day, but the Sopras won me over. It’s almost a year with them now. I still love them. Awesome speakers.

Nice Hawkmoon, same finish as mine.

I`ve also owned Kudos Titan T88, but could not live with their presentation. I know others can.

I got the chance to audition Sopra 2 and based on what I have read about Focal on this forum, I was not very optimistic. There was no way back, the best and most musical and engaging speakers I have ever had in my room, with my setup, NDX2-555PSDR-282-HC2-250DR.