Spurs will have a very good season I think.

Please, please, don’t. It will be just too much for some forum members…

Well a pretty dazzling first performance of the season. Four goals, none of which were from Sonny or Harry. Looks like we will have a plethora of potential scorers, and not relying so much on the main two this season.

A quick nod regarding Kulu. What a player. Arsenal must dream of having someone like him rather than the vastly over-rated Saka… 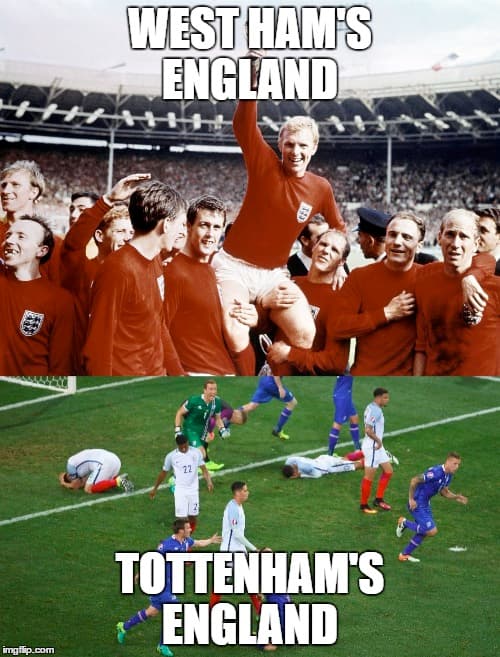 You didn’t read my previous post,or read my actual post properly, as usual.

I did read both posts and mine was meant as light hearted which is why I included my own team in that post. I watched the whole match and thought Fulham good for their point it’s funny because the best actors are usually right up there in the Golden Boot stakes too Harry Kane, Mo Salah, Ronaldo unfortunately for Arsenal we have actors all over the park and not one vying for the Golden Boot in recent seasons.

Dunno about the beautiful game, that is a wonderful example of the needle game.

Am I expecting too much or is the standard of refereeing in the English leagues amongst the worst in the world?

I guess what I was trying to say in relation to dropping points (or gaining points), is that winning penalties is now part of the job description of any modern day forward, we must accept it.

The last time I can remember when a forward showed any type of honesty was when Robbie Fowler tried to tell the ref he was not fouled in 1997, against your lot. Ironically, the ref ignored him, but if they had VAR it probably would have overruled the refs decision.

Fulham were well worth their point.

I have no idea John but the two we have had so far have been awful.

Thank god we have had such a stunning start to the season… Oh, hang on a moment…

A deserved – and universally predicted – win by an excellent Citeh side against a rather passive Hammers, who gave the ball away too easily. A couple of postives: 1) it could have been much more, but our defence kept them out; and 2) City are so good that the deluded Spuds’ boasts that they’re somehow going to win the league are never going to come to pass.

Also, we didn’t see much of him, but once he beds in, Scamacca will be the next Di Canio.

Scamacca is an excellent No9 Kev after we where linked with him back in May I looked him up and watched lots of videos of him playing and I’d have been more than happy to have him at Arsenal excellent signing.

I was glad when City scored because West Ham would have to come out and we would have a proper match but they didn’t and I couldn’t understand why - eventually they did for about 5 minutes and were immediately picked off by De Bruyne/Haaland and the penny dropped - that’s why I am not a Premier League manager or indeed, a pundit!

I am having nightmares over what they will do to the Leeds defence - still haven’t recovered from last season’s mauling.

6th August and we’re in a relegation battle!

Haaland looks seriously scary. I thought Vardy at his peak was fast but this guy is in a different league.

The players appear to lack any real belief (from last season & this seasons TV so far), & without this I find it difficult to envisage anything better than a 10th to 15th place finish unless things change very quickly with our 3 fit new signings.

Due to the chronic lack of confidence this needs to happen a lot quicker than it did in our past 2 Championship starts otherwise I feel the rot will really start to set in.

His movement off the ball is something else even KDB has to up his game to keep up and for a man with his physique it’s freakish to be that fast.

When he came on to that through ball positioning himself perfectly so that he didn’t need to take a touch before shooting it reminded me of Henry.

The players appear to lack any real belief (from last season & this seasons TV so far), & without this I find it difficult to envisage anything better than a 10th to 15th place finish unless things change very quickly with our 3 fit new signings.

Due to the chronic lack of confidence this needs to happen a lot quicker than it did in our past 2 Championship starts otherwise I feel the rot will really start to set in.

Have faith. Things can and do change!

I remember a couple of seasons back Newcastle United started really well and we were well in the top half of the league by Christmas. That year we only just held on and avoided the drop.

Last year, it was that same example that made me think we could survive… we just needed to do it in reverse this time… and they did. You don’t know what’s round the corner, anything can happen!

I’m afraid it’s all part of the slow decline under Delia. She owns a business she cannot afford to run hence instead of buying a few proven players we buy a number of hopefuls and gamble they become a Maddison.
Last year we wasted the Buendia money and a further £20m on a bunch of players we can’t now give away.
Unfortunately Pukki has lost a bit of pace and Sargent has two left feet.
Norwich fans are too tolerant.