Knowing that you guys are always keen to hear of the latest product developments at Salisbury I thought I should inform of a discussion I had with my Naim dealer yesterday when he let slip that there are further developments on the analogue front.

Buoyed by the enthusiasm for the Solstice and recognising that there is demand for a more affordable vinyl spinner Naim are to launch a mid price TT. Apparently the Scottish Company have always regretted dropping the Axis TT from their catalogue so Naim are keen to fill the void.

Available shortly will be the Naixis coming complete with tonearm and cartridge. A non-suspended design to enable easy set up, and in recognition of the desire for pivots and that at the budget end Naim users have tended towards the Roksan Nima, the tonearm is all new, the Naima. The cartridge is a MM design with user changeable stylus, the NaiMag.

Images are not yet available but it is anticipated that styling will be following the recent direction indicated by Naim, and the Naxis will be available in a bundle with a specially adapted version of the Supernait amplifier, the Supergrey.

All sounds very nice. I am a little surprised and annoyed that this has probably meant that super tape deck collaboration will be delayed. The Naikamichi and it’s so called SuperNak power supply might have provided us with some justification for that second row of buttons when SHMBO asks “What are they for”

Sorry to spoil the party, but there is absolutely no truth to these rumours of a forthcoming mid price TT from Naim.

But strange that in Netherlands we know about the new pre amp from Naim but not on this forum.

The only change Naim will provide as from today, is putting a small class D amp inside all their upcoming amps and double the price.

Any colour will be available. 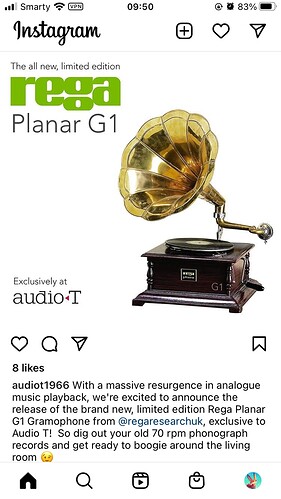 Thanks for playing along guys. 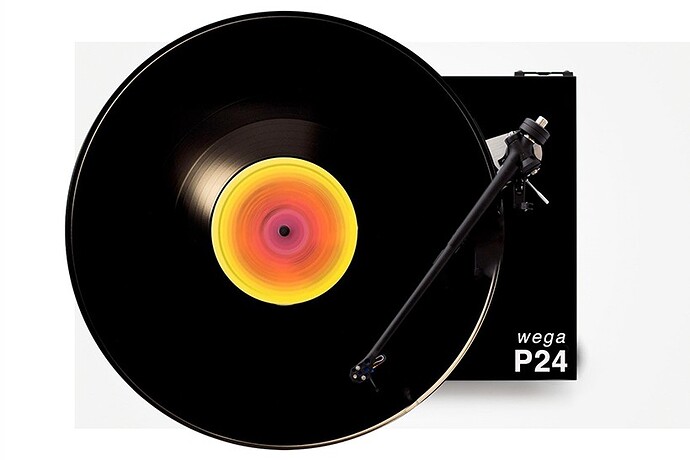 Wega are proud to announce the world’s first 24 inch turntable, the Wega P24. This is the brainchild of Karel Loos jnr. Which has been made a reality by cutting edge Czech turntable manufacturer Nodihulda AS (Plzeň).

It’s understood that the new turntable will spin at an extraordinary 360rpm for maximum detail retrieval, users are however warned to use a clamp to avoid the discs flying off at high speed. So far no records have been released to suit this format but as with any cutting edge format the tail will eventually get the dog wagging.

Karel Loos
Loos jnr. was born 30th October 1907 in Prague, then part of the Austro-Hungarian Empire. He gained a degree in electric engineering from the Czech Institute of Technology in 1936, and in 1937. Whilst developing an analogue system to direct the fire of anti-aircraft guns he drew up plans for a revolutionary vinyl playback system which included 24 inch vinyl records revolving at extremely high RPMs. His initial experiments proved to be too dangerous for his domestic lab and in secret used the facilities of the military which were more suited to developing this ground-breaking audio format.

Audiophile relish
When Tomáš Loos of Nodihulda AS (no connection with the Loos of Prague), founded Nodihulda AS in the redundant arms factory in Plzeň he discovered all the prototypes and plans of the visionary Loos jnr turntable. Tomáš has bravely progressed the technology with modern materials and manufacturing techniques to bring a revolutionary format to the market that every audiophile will relish. Loos is said to be in discussion with record companies about software to accompany the forthcoming launch of the Wega P24.

I was told by someone inside that Naim will reintroduce the DBL’s with the same ribbon tweeter that Proac uses in their reference series.

@Richard.Dane take it you saw this! 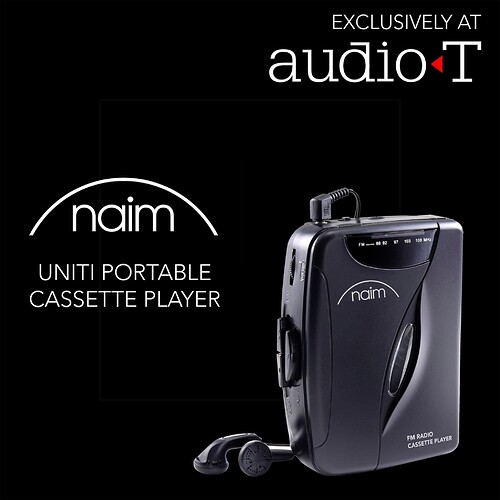 I really wish I’d never part-exchanged mine for the LP12 when I was at University. The Axis was a great little deck.

Still got my old Axis and Akito arm in the attic. Maybe time to refurb it?

Richard don’t know if I told you about the guy who lives near me who has a vintage BMW 635CSi with a Nak tape head. Got talking to him at a car rally and he told that he makes his tapes up on a Nak Dragon from his LP12. He wasn’t open to offers for the car!

I had a Nakamichi system installed in my old Audi. I still have the head unit and amp boxed up but nothing suitable in which to install it ( apart from the Daihstsu jeep I use for hauling logs through the woods, and… no).

Was your friends In car Nak the TD-1200 with the slide out drawer and NAAC auto reverse? That was the bees knees…

Still got my old Axis and Akito arm in the attic. Maybe time to refurb it?

You’d have to wonder if it could be or even needs to be refurbished. Suspect any failing electronic components could be sorted but unlikely other parts are available. It really was a great turntable for the price and very simple to set up. It really worked well with the stock arm (not sure it was an Akito, probably a Basik, at least not on mine) and yellow K9.