“We also sell Hydras to people who are not called Graham.”

I just received my Hydra from Graham’s HiFi.

I ordered a 4-headed Hydra so I could still keep my Supercap plugged in with my one Powerline.

My other Naim cables and Powerblack (see below) can be put into reserve, or sold to fund the hydra.

For anyone considering getting a hydra, I’d say - go for it.

More energy and even clearer than before.

The Powerline is plugged into the same 2 plug socket as the hydra, so they are fed from the same part of the mains ring.

I have now got rid of an ugly extension cable coming over from another part of the room.

Both the shop and other people who know about hydras advised me to keep one Powerline and experiment with it - e.g. I will at some point also try it on the 555DR. 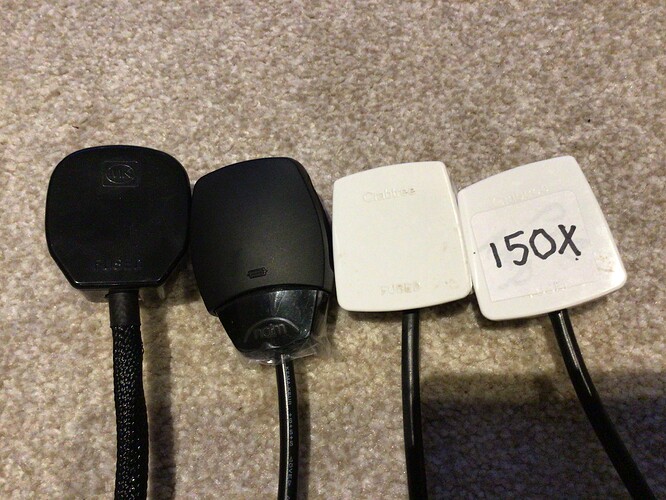 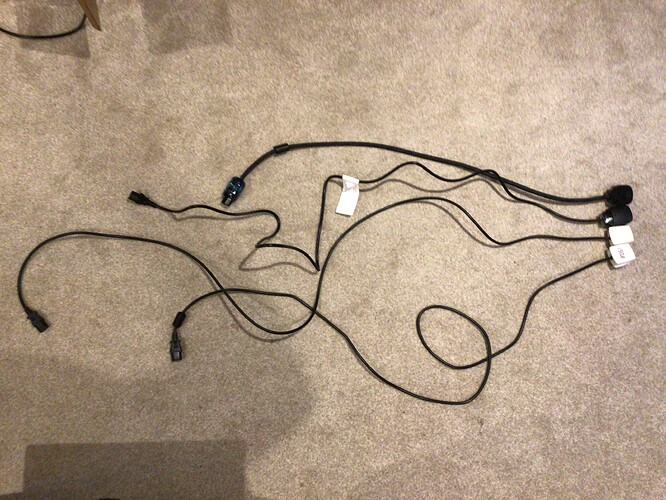 I’ve got a 4-headed Grahams Hydra which I’ve used for years, with a couple of the heads in use. Separate Powerlines for the 300DR and Supercap for the 252, with the Radikal with its own power lead off a distant outlet. Works for me !

I power the 555PS and second Supercap off the Hydra.

The Hydra also has quite a long plug lead, which allows me to power it off an outlet at the other side of the room.

Reminds me: get another f-head for my unitiqutes. I’ve used an 8-head on my active system ever since I came back to the UK.

I first saw one at HQ. I had come to pick up some kit that I had brought back, but I can’t remember who showed me around the factory or the demo room. It must be in around 2002.

Yes, I’ve heard several sightings of hydras at HQ in the past.

Suggests to me that it is not a bad idea.

Yes brilliant, I have two four headed Hydra now, one for my power amps and the other for the power supplies for the rest of the kit. One lead out of the socket makes it a lot easier to tidy up the cables if nothing else

8 way Hydra here too. Great solution. Just moved a Uniti Core onto the main rack and plugged it into the spare head instead of the supplied powerline lite. Sounds better to me but then it’s now on a dedicated circuit so I can’t isolate what’s driving the improvements.

Isn’t the idea that all components are fed by the hydra and therefore create equal earthing arrangements?

That’s interesting. I asked them to let me have 1m heads and they refused categorically to shorten the leads that are supplied by Naim, so they are the standard 2m long. The tail is 1m.

I don’t understand how star earthing works in Naim systems and hydras, and why it sounds better.

I can say that it seems to work really well in my case, despite the hydra only reaching 4 out of my 5 boxes.

The shop did tell me that having an extra head on the hydra is a bad idea as it will act as an aerial and introduce noise into the system.

(Obviously, all power leads will act as aerials to some extent, but this can’t be avoided).

I think the idea is that the improvement offered by a Powerline into a big psu might be greater than the improvements of having a complete set of hydra heads.

My Supercap’s Powerline is plugged into the same double wall socket as the hydra - so they are both fed by the wiring of that socket.

What effect does this have on star earthing and SQ?

I’m unlikely to be able to compare my set up to either a 5-headed hydra or a set of 5 Powerlines.

The tail of the Y (from the joint to the wall plug) is 50cms - I asked them to do it this length.

But, yes, I’ve just measured them and the IEC head leads are 2m (ish) long, including the joint (not 1m that I stated above).

Thanks, I’m reassured. They just wouldn’t budge on the 2m, so I’ve had to stuff the heads under the stand. It all sounds good though. They are a really neat solution. I think I had my first one about 20 years ago when I had a bigger system.

Isn’t the idea that all components are fed by the hydra and therefore create equal earthing arrangements?

That’s one of the ‘stories’ that have been kicking around audio.
Its true that with the Hydra all the power lines - LN&E - are in radial & not a buss bar or ‘daisy chain’ as we get with the cheaper end of power strips.
There is some confusion with star earth (better called star ground IMO) This is only related to the signal circuit, its a single central point that all -ve connect to.
Although Naim do connect one unit signal ground to power earth (CD players or the Chassis/Float option with Streamers), the power earth E primary purpose is to connect to the casework/chassis on all equipment & is primarily a safety requirement. 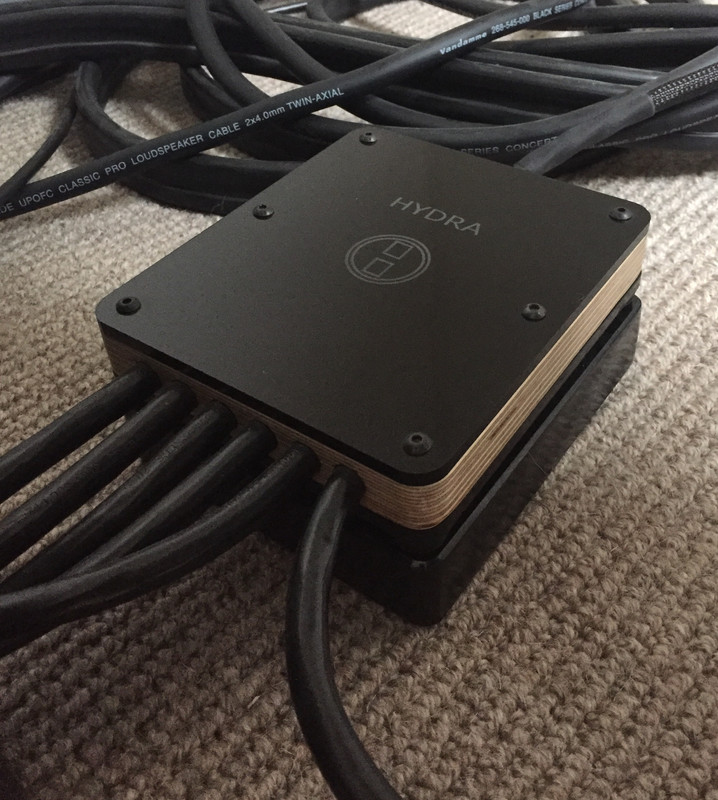 And with matching Cerberus (DC blocker): 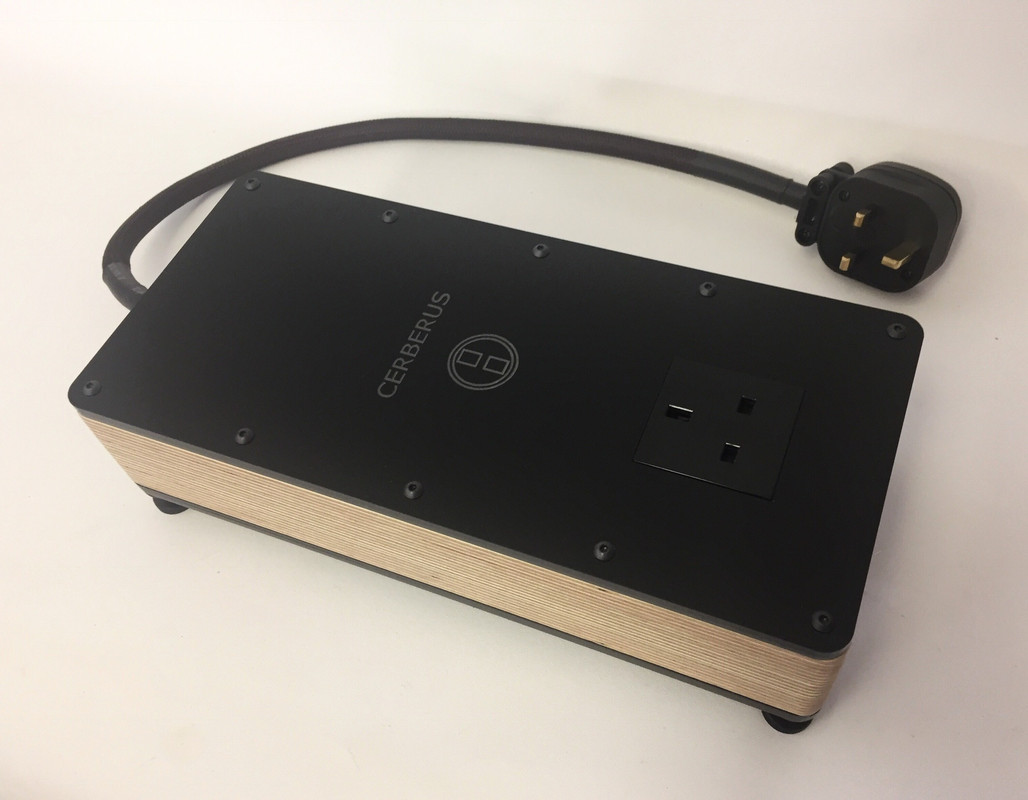 What effect do these boxes have on sound quality in your system?

The Hydra is completely passive and there is no filtering of any kind (it’s star wired). The effect is an improved sense of cohesion and flow to the music. The Cerberus completely stops transformer hum but it also increases dynamic range. I should say I’ve also tried smaller D.C. blockers and they didn’t work at all.

" so they are fed from the same part of the mains ring."

I can confirm the same, mine is my own design/build & based on the proven capacitor coupling design with diode bridge overload, which is, I believe, what you have. I sized the value of the caps so as to not go to overload when switching on my system.
The unexpected gain was in SQ, however an annoying downside is yes it stopped the variable hum volume & tone at different times, but did not cure the naturally noisy Naim transformers, such is life with high line voltage at 248/252v.

I’m hoping to move house this year so haven’t invested in a dedicated hifi radial.

Where would a person acquire such a hydra?