How do you defrost you car windscreen in the cold weather?

I hate using sprays with chemicals these days.

Idling the engine to defrost is apparently an offence, but you can hardly drive off with poor visibility (ice or pigeon splatter).

So are we stuck with scrapers?

What about a steam cleaner or something like that? 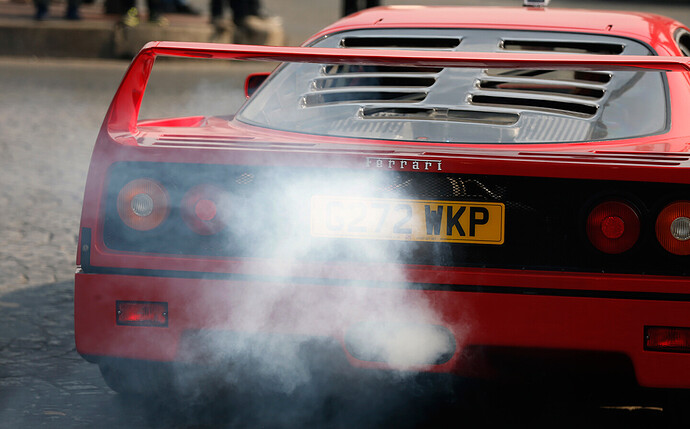 Drivers may be hit with £40 penalty for leaving their cars idling to defrost...

Drivers have been warned that they may face a £40 penalty for idling their cars to defrost windscreens in cold weather.

Many years ago I abandoned sprays because they chill the screen further and hence can cause or worsen icing up inside. I adopted a very simple but quick and effective method: I get a kettleful of lukewarm water (NOT hot!) - either from the tap or boil quarter to half a kettle and make up with cold - and pour on the windscreen. By pouring slowly while moving ascross the top of the screen, then rear window then side windows, a bit more on front screen and if necessary on mirrors, headlights and tail lights it not only clears the ice but also slightly warms the glass so it doesn’t re-freeze. One kettle full to the brim is usually enough.

If snow on the screen then of course I push it off first, using a broom with soft bristles, also off bonnet and roof so it can’t slide to cause problems.

Of course, if not at home, or possibly work, this may not be feasible.

Being an ex Ford manager i have a Ford lease car……
front and rear heated screens. Not sure why others have not followed suit with a front heated screen……probably cost, patent surely expired. But it’s a great feature on a frosty morning.

I’m surprised by that too. Rear heated screens have been with us for ages, but so few have a front mesh. My wife’s Discovery does, and also has a fuel burning heater that you can programme to come on ahead of going outside to drive off.

A simple plastic sheet which covers the windscreen and hooks around the door mirrors with elasticated straps. £10-15 from Halfords or Costco.

Failing that a sheet of cardboard will do.

Park the car in the garage

I use warm water - not boiling, or even close, but pretty warm. Not had a problem yet. I tend to pour the water onto the roof of the car just above the windscreen initially.

I’ve learnt the habit that when there’s a cold spell, you can’t beat just pre-empting with a windscreen cover. To make life simple and to be ready every time, I have one that fits and doesn’t get soggy. I bought it from Costco and is called a Frostblocker. In the morning, lift off in seconds and perfect screen with no residue to refrost.

Other than that, if it’s the odd occasion I’ve been caught out, I use a spray defroster that has an anti-refrost chemical included. Pouring water on it at any temp, doesn’t do it for me.

That’s right, or just get the butler to do it 15 mins before you enter the outside world.

I just leave such things to the chauffer.

With my wife’s BMW i3, we just send it a climate instruction from the app 5 minutes before we want to go and it’s all ready for us when we unlock it.

Send a message from the app to ‘climatise’ the car - works a treat !

My van is parked facing the sun in early morning. Even in the depths of winter there is enough heat in the sun to defrost the screen by 9.30. Being retired, I wait for the workers to make their way in, and rarely venture out before then, so job done. 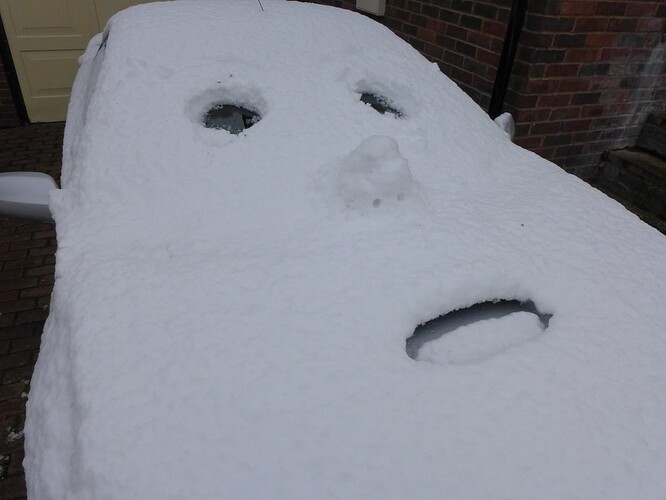 A good excuse to stay indoors, light the stove, and play records!

Leave the car(s) in the garage………no defrosting needed.

Being an ex Ford manager i have a Ford lease car……
front and rear heated screens. Not sure why others have not followed suit with a front heated screen……probably cost, patent surely expired. But it’s a great feature on a frosty morning.

Electrically heated? Most of us I’d have electric rear screen heating, I have no idea how power hungry these systems are, but without having the engine switched on is there a risk of battery drainage with an older battery on cold days?

… My wife’s Discovery does, and also has a fuel burning heater that you can programme to come on ahead of going outside to drive off.

That’s handy. I think my VW has some kind of opposite function where it’ll use a warm engine/coolant system at rest to raise the temp a bit but it would hardly work the next day!