Is there a return to vintage hifi look?

Even if it was precisely the same as the original Leak amp, I, too, don’t see the point- except for anyone who wants to set up a 60s (?) system and can’t find a secondhand genuine (and working) one

At the same time in Hifi rose forum on Naim design.

Thank you for your kind thoughts @frenchrooster, the modification of the old Sony cassette deck was a fairly low risk and comparatively low cost project, up cycling something that no longer works and that few want to use as intended, but my next project is likely to be different.

I am tempted to take a popular and modest item of vintage equipment and supercharge it. I want to create a shock and surprise moment, a kind of “Wow, I didn’t realise they were that good” feeling.

I fear that this is going to be expensive!

The review by Paul Rigby of the Leak CD transport was very favourable , the Wharfdale Linton has sold well and the new Wharfdale speaker is due to be made in the UK

I must say for me that looks horrific a miss match off buttons, levers, etc etc.
Even if it was the best sounding thing ever, i would very much still struggle to look at that on the rack

I could imagine that in an arty movie, it could prove iconic, but for me it’s a complete mish mash of styles which just doesn’t appeal personally.

Those 3 feet look awfully tacky and spoil the overall look.

My guess was provide a bypass to all the other jewellery.

I did see a favourable review of this in a magazine this month, although have to say slim read once it started to describe the volume mechanism and just wondered “why?”

July Hifi news has it covered.

I hope it won’t be like the Strausser juke box: CD player, turntable, radio and streamer inside. But difficult to find uglier. 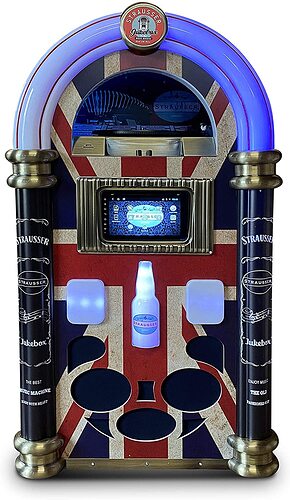 I think to remember I had seen it in Hifi News, the last number, as you said.
There’s a review on the new SME 60 turntable and the Lumin P1, so I bought exceptionally the magazine online.

I went to not my usual dealer and they had what i thought was a freebie giveaway from Rose for dealers as it looked like a clock and calendar. Nope it was a preamp and dac….the screen was very versatile, you could even have dual vu meters looking like McIntosh, Nagra etc. Clever gimmick…….but rather average sound.

The Rose is a glorious work of art!

Has anyone here actually heard one in action? How does it perform?

If you are going to go vintage, this is the way to do it @Fetchezlavache

Beautiful! My Dad had a Sansui tuner-amp some fifty years ago that looked a lot like that Sony. I think my brother still has it.

One question is what does vintage mean? I believe that in the antiques trade it means between 40 and 100 years old, but elsewhere even as young as 20 years is sometimes referred to as vintage, though personally I think that is too young.

Are these vintage, or vintage style? 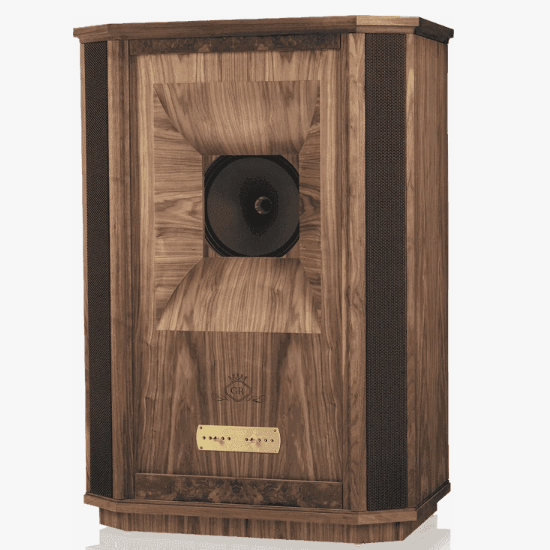 Tannoy Westminster Royal, as made today - and has been, through about 5 editions but essentially unchanged, for at least 30 years, possibly approaching 40…

My Dad has one these in the loft and I love the retro 70s look. I have no idea if it’s any good but I have a long term aim of dusting it down and refurbishing it. It’s a Philips 22RH520. He also has a Nakamichi wood sided, top loading tape deck which I think is the 500 as pictured below. 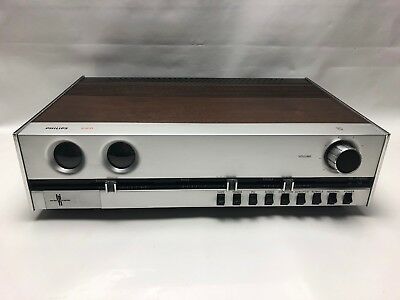 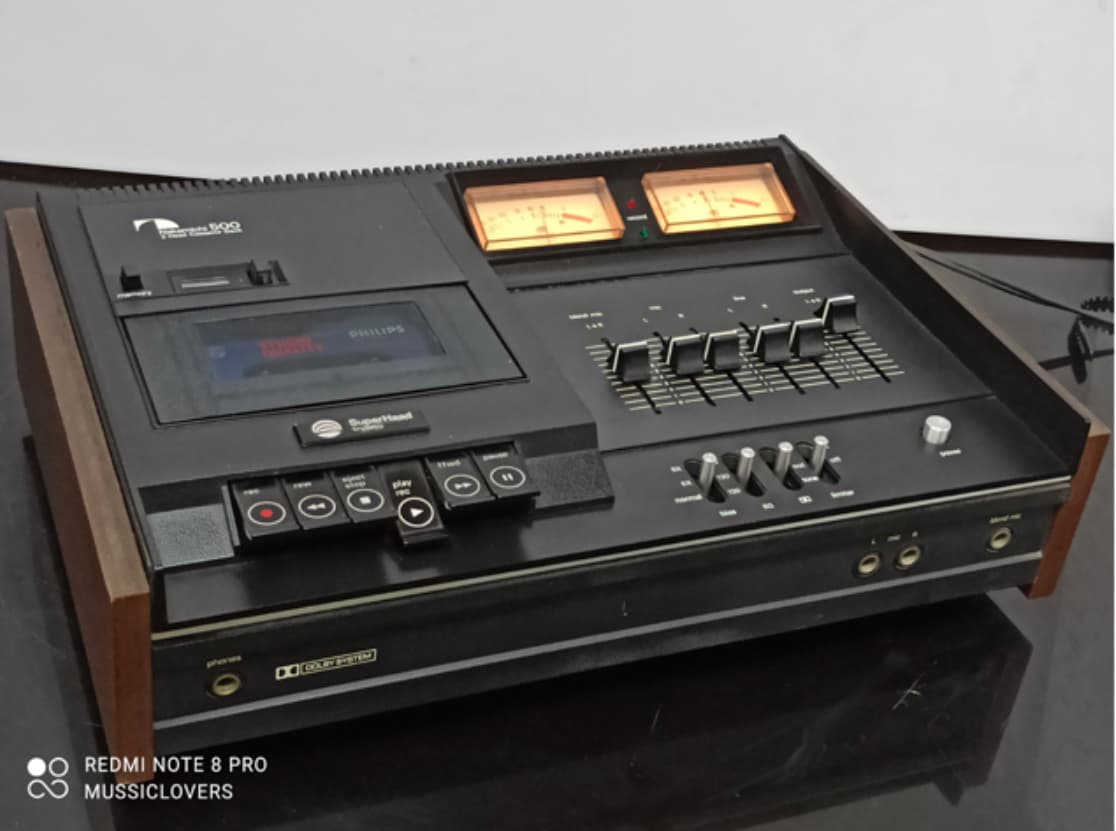 Looks like they are trying to steal the look from Nagra. Less going on and more stylish with my integrated IMO. 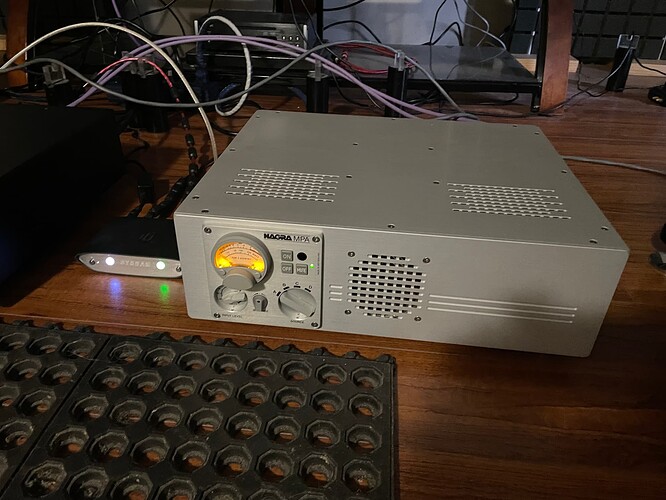 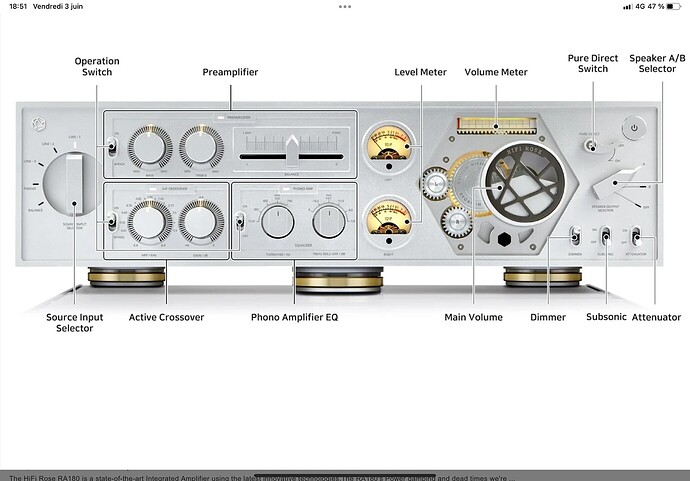 Took my eye recently. I don’t dislike it, although on closer inspection it could have been executed better. The gears are behind a clear plastic cover instead of glass. Those knobs are a mix of metal and silver plastic. The volume meter looks like it needs to be used in a suspect nightclub with an atmosphere of sweat, smoke and spilt alcohol residues to get a nice yellow hue and grime in those gears.
The VU meters only serve to show the input voltage ?
Saying that, with a custom speaker without a crossover and using this amps unique facility ~ could well sound amazing.

Don’t know. I’ve never understood the wood aluminium combination. Don’t dislike either, but the combination has never appealed to me. Not then, not now

Wish I had space and money. Dream!