Is this normal/common/within acceptable tolerances?

I’ve just purchased a new piece of kit, box nicely sealed with tape with the Naim logo, but as I unpacked and removed it from the plastic bag it was wrapped in I noticed what I can best describe as two smudges (maybe oily smudged fingerprints?) on the front fascia centrally close to the Naim logo, maybe extending onto the top.

On further inspection, there seemes to be a powdery appearance to the brushed metal fascia on either side I thought perhaps accentuated by ceiling lights as I got it out of the bag.

Doesn’t show well on first photo, but flash lighting on second highlights it as do the ceiling lights if not horizontal. 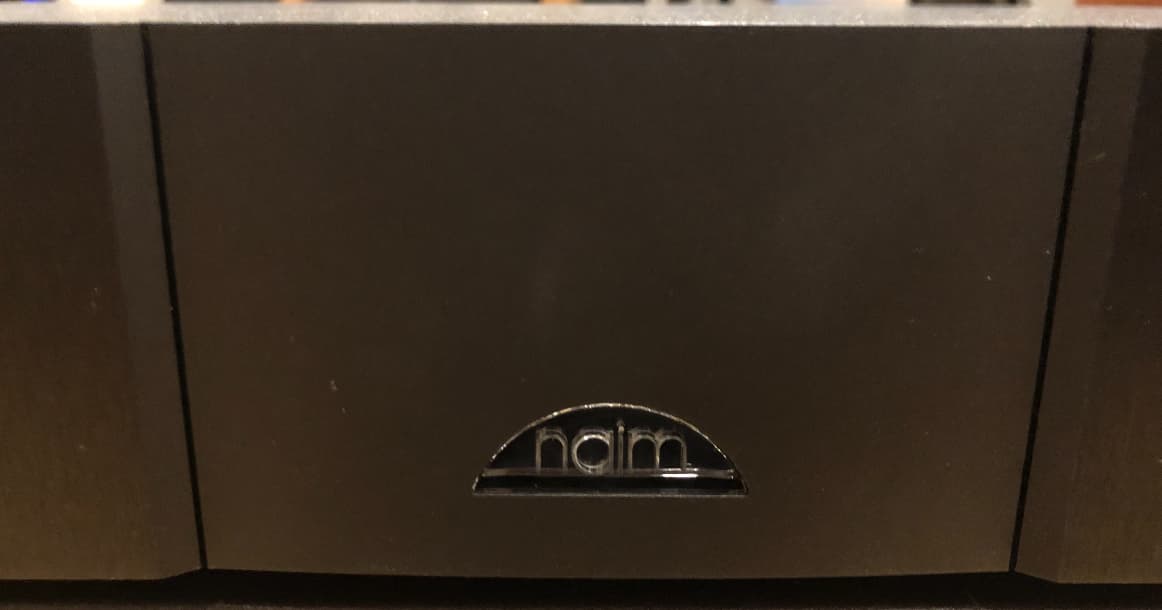 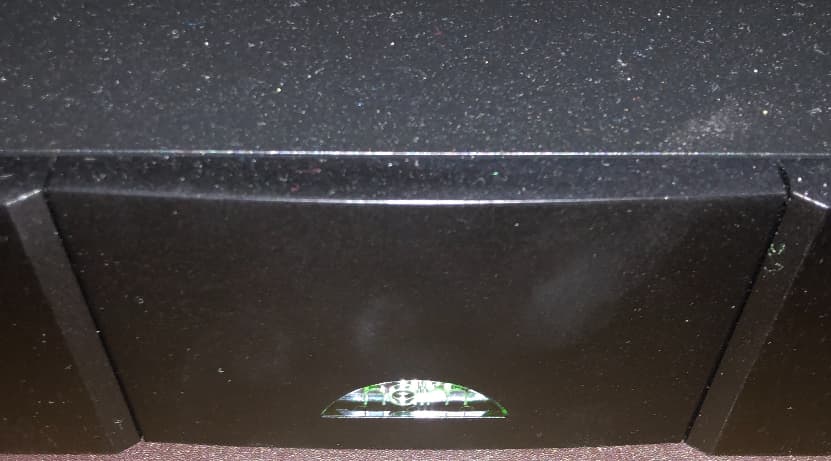 Having taken a few pics with my phone with the unit on a flat surface I’m not so sure that the front fascia coating simply hasn’t coated correctly or if there’s some ingrained powdery dirt on it or even mould, not really sure what to do. 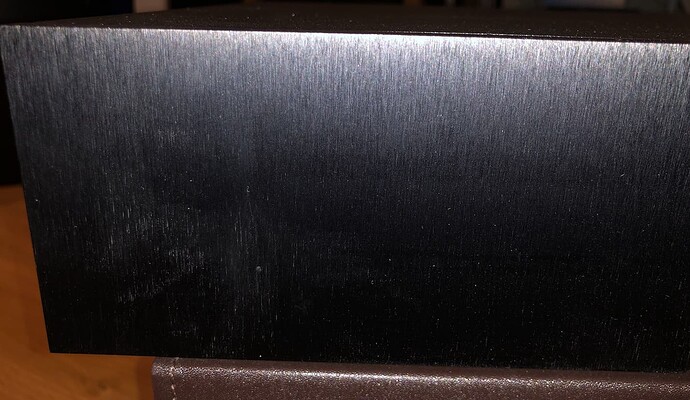 There seems to be a pit in the metal on the left too (above enlarged): 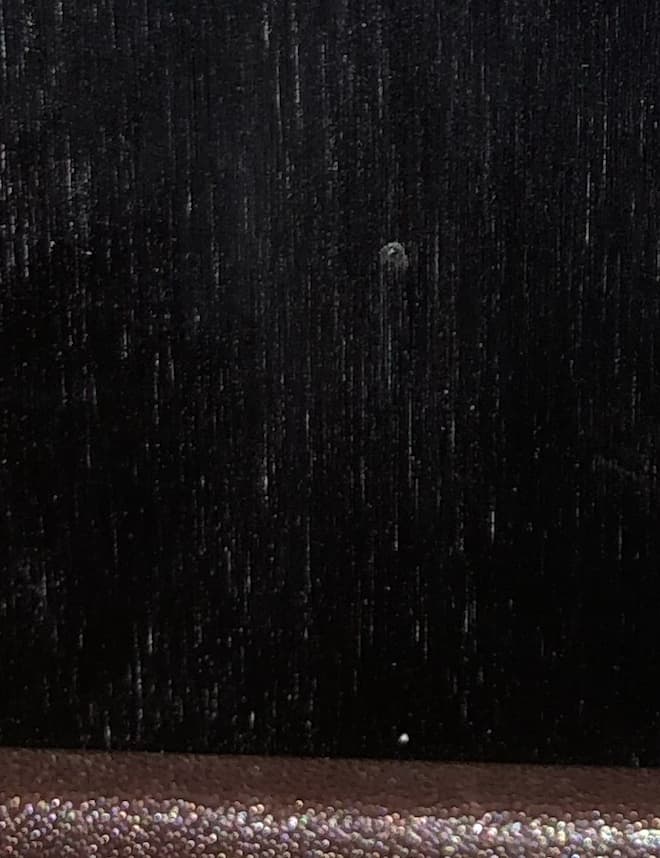 What makes me suspicious it may be superficial ‘dirt’ is that at one corner there’s also some white stuff on the main box which on initial inspection looks otherwise ok. 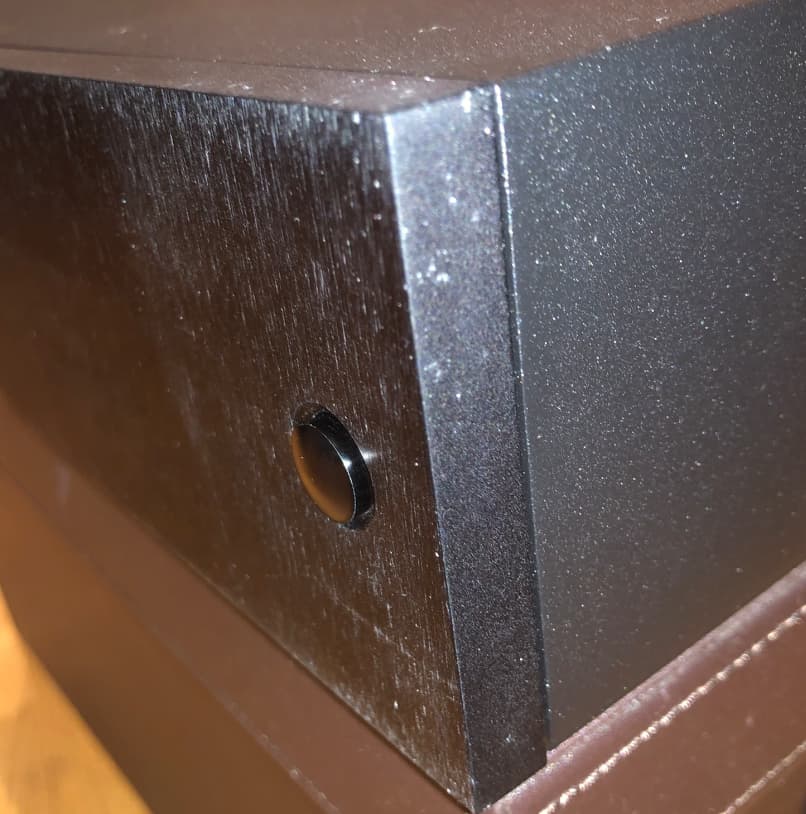 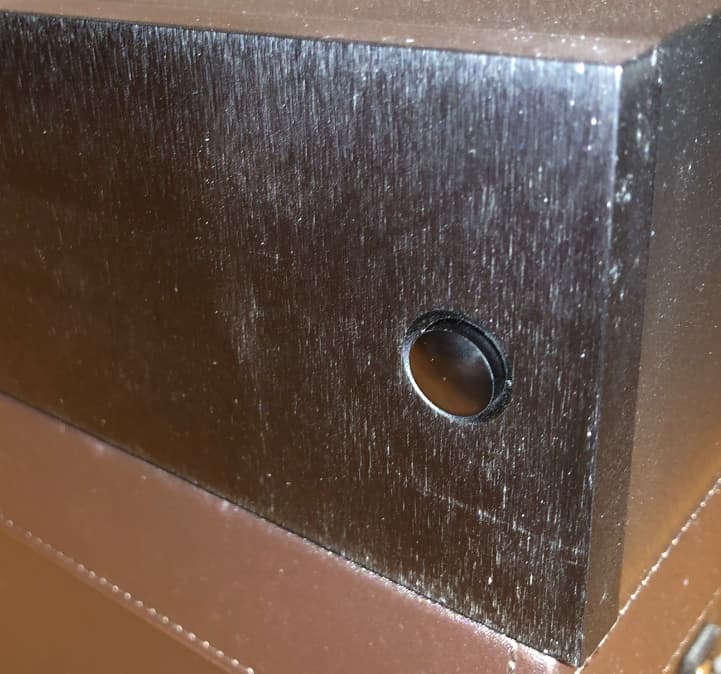 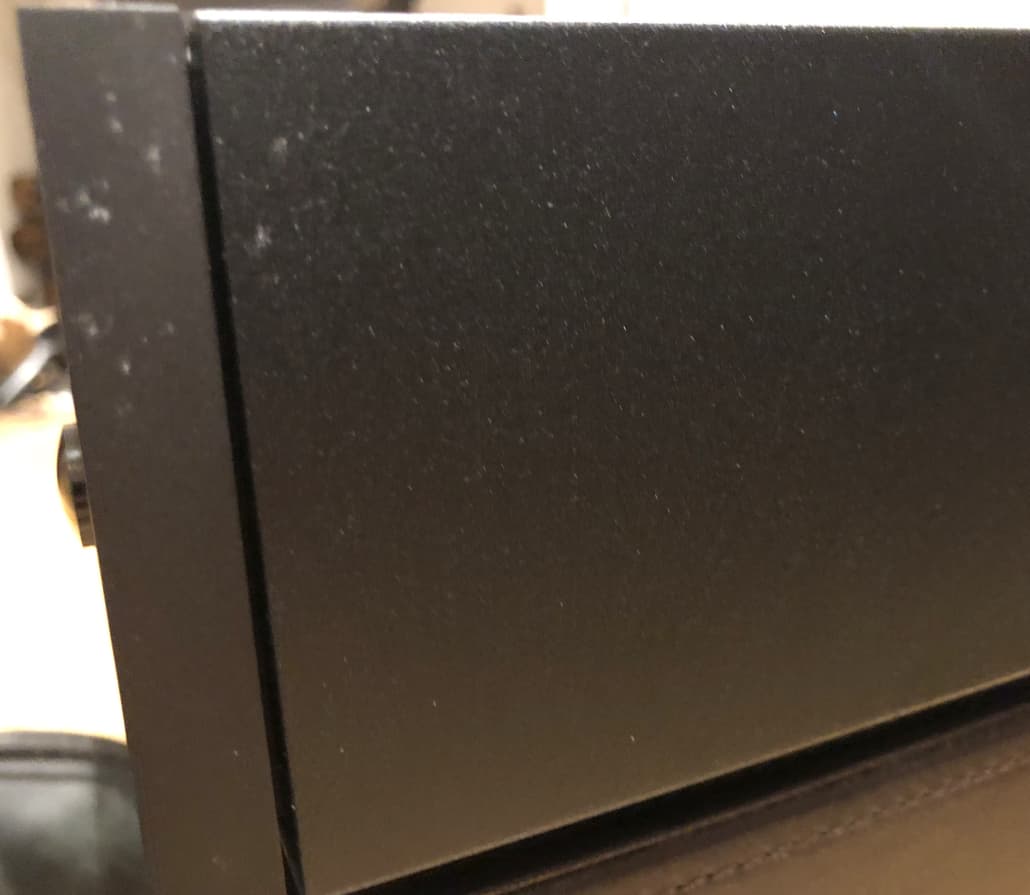 Sorry to hear this and no it doesn’t look right to me.

It didn’t to me either, I’ve never had a Naim device that’s been less than perfect finish wise out of the box before.

Looks like polystyrene dust, but it doesn’t look good.

Isopropyl should get the finger marks off. Won’t do any harm giving it a try.

I’d have that back to the dealer to either clean properly or replace. This stuff is too expensive and flaws impact the resale value too much to accept less than perfect when new…

So far, my Naim devices also came out of the boxes looking immaculate.

I would be less than thrilled if I paid full price for something Naim and it came out looking like this.

Looks like polystyrene dust, but it doesn’t look good.

Isopropyl should get the finger marks off. Won’t do any harm giving it a try.

Polystyrene dust is an interesting thought as it’s at both sides but I don’t think so and would imply it had been packaged without the polythene bag.

I’d planned to give the dealer a call today having been hectic at work at the end of the week, but was bogged down with taxi duties for a family birthday event and meal thereafter.

Update: The packaging is black expanded foam so probably not that, however the most marked areas at the sides do correlate with where the foam has been - just looked at the bag and on one of the long sides, presumably the front there’s some grimey stuff inside, could an old dirty bag have been used for packaging? There’s a small snagged hole in the botton of the bag (I know as there are discoloured changes on that side from feet (seems soon for a fairly new item?). I though on opening theer was a short oblique cut in the top of the bag too, maybe a crease, will check again.

That looks absolutely dreadful. Something has gone wrong somewhere. Don’t clean it. Take it back to your dealer and ask for a replacement. It’s an expensive item and should be perfect. It should never have left the factory in that state.

I’d have that back to the dealer to either clean properly or replace. This stuff is too expensive and flaws impact the resale value too much to accept less than perfect when new…

That’s my feeling too - I can’t see it from afar especially in the dark, and light angle really accentuates it, but I noticed as soon as it came out of the bag.

I would not accept a brand new unit like that under any circumstances. Do not clean it. Put it straight back in it’s box and take it back to your dealer. Either a refund or exchange it for another unit, nothing less.

That looks absolutely dreadful. Something has gone wrong somewhere. Don’t clean it.

Thanks, I didn’t want to chance trying to clean it myself as I could potentially make it worse.

I didn’t want to chance trying to clean it myself

And that is the right answer I believe. If one messes with it with any solvent it can have unexpected consequences and end up with the dealer going “well, you should not have done that”.

Pack up as is and sent back. Sucks at this time of year and really sorry it happened to you, man, but it’ll get sorted that way.

It’s definitely not right. I would send the photos to your dealer first thing and let him solve the issue to your satisfaction. Certainly unusual in my experience.

Am shocked to see those pictures. Definitely needs sorting. Be interesting to hear the feedback from your dealer.

box nicely sealed with tape with the Naim logo,

I may not be up to speed on this, but isn’t the box top held closed using large copper staples, rather than Naim tape?

If so, their absence would imply that the box had already been opened.

Personally if it all wipes off then I’d be annoyed but I’m sure that would soon pass once it’s installed and making its magic. But if that really is a dink in the metal work then send it straight back

I would not accept a brand new unit like that under any circumstances. Do not clean it. Put it straight back in it’s box and take it back to your dealer. Either a refund or exchange it for another unit, nothing less.

Thanks Stephen, I think I knew it didn’t look right from the off, I opened the box in the evening and wanted to have a peek in better light/daylight to see if I could figure out if it was a poor coating/dirt or both. I still can’t decide.

It looks more like a ‘pit’ to me, hence me wondering if ths fascia is poorly coated and not up to usual standards, though I’m not sure that’s the whole story.

I wouldn’t even consider it. You should be taking it out of the box and thinking ‘wow, what a beautiful piece of kit’ perfect in every way. Just take it back, it’ll come good in the end.

I’d definitely return it, to me it suggests it dident go through a proper QC inspection