Whoever was in charge at Kodak when the decision was taken to axe production of Kodachrome film really ought to be shot. It was the best film ever, with lovely saturated colours. Yes, it was ‘only’ a slide film, but any particularly wonderful shots could always be turned into matchless Cibachrome prints, of which I have a few dotted around on walls at home. I’m not sure that I ever heard why the film was dropped, maybe it was too much effort having to process the film in Kodak’s own laboratories.

(I convinced myself that the German factory was better than the one outside London for processing the exposed film, but I’m not sure that there was any difference. Maybe I was subconsciously aware that Polygram LPs from Holland or Germany were infinitely better than those pressed in the UK?)

Has anyone found a decent alternative slide film, now that Kodachrome is extinct?

Has anyone found a decent alternative slide film

When I used film (which is a long time ago), I used Fujichrome. Which Google suggests is still available…

I still have a few here which I shot 15 years ago at the Vic Falls. I guess they are expired by now …

Have you seen the Kodachrome movie?

I’ve had some great results with Fujichrome Velvia 50. I’m not sure if this is still normally available though, as a Google search has revealed some astronomic prices.

I believe Ektachrome is still available. 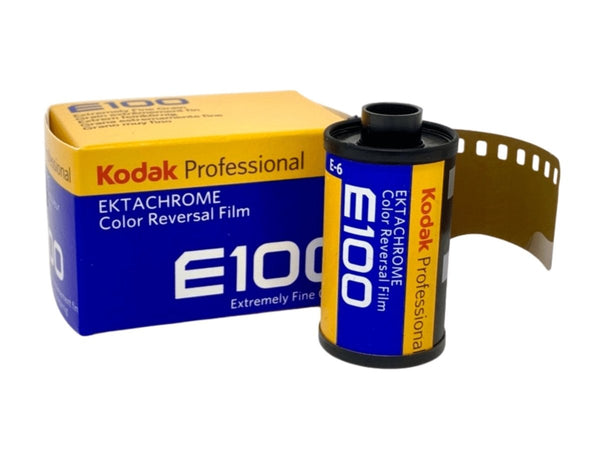 Kodak Ektachrome E100 was the most hotly anticipated film of 2018 and one of two 35mm films that Kodak Alaris resurrected recently (the other being Tmax P3200). A fantastic new slide film with a long heritage from its previous iterations, Kodak...

The 200 iso/asa was imo awful. The whites were more magenta. 64 or, if brave 25 was for me the real kodachrome.
These days i have a simulation dialled into my Fuji xt4 that does a pretty good job in camera.

Fuji Velvia 50 is still available…but at a price. Over £20 for 36 exposures plus developing. Unlike digital, you’ve got to know what you’re doing with film, you can’t afford to waste a shot at these prices. With digital you can fire away all day and you’re bound to get some right.
Everyone’s a photographer these days even using mobile phones and yet I bet there are a lot of folk out there who wouldn’t have a clue if you replaced their digital cameras (and phones) with a manual film camera.
Having said that do you really need to know about even the basic relationship between time and light if the machine does it for you. Personally, I like to understand what I’m doing.

Back in the eighties, all our studio was concerned with (and quite rightly) was colour accuracy. We’d buy a large same batch number of 5x4 & 120 film and do a colour chart test before using it. Then if it needed calibrating, we’d put a 05y or 05c, etc, filter over every subsequent shot for that batch. Fuji came in that era and it’s colour accuracy and consistency was better. This is where Kodak started losing out.

Kodachrome was a ‘holiday film’ or something that was used on specific jobs to give oversaturated colours and a certain tint. An unusual film.

Ektachrome was colour accurate with good overall contrast, but had a tendency to be on the blue side, so in just about every batch a 05y, 10y or even more filter was used.

Fuji Velvia was a bit like a Kodachrome; it was very saturated and not colour correct.

Fuji Provia 100 was the film to use, superseded by the even better Provia 100F. Great consistency, accurate and excellent contrast. It’s what helped kill off Kodak. Fuji were brilliant at selling. Their rep constantly came to our studio, handing out free film “Take it home” , “Have a play”, “Tell us what you think”. Very good and clever company. Never heard anything from Kodak.

Getting the film colour/contrast correct was a very important first step to commercial/advertising photography. Saturation and contrast was then adjusted by the lighting or by underexposing/overexposing the film and asking the lab to overdevelope/underdevelope it.

Whether it was in the studio with lighting or outside daylight, I remember the days when there was never a shot taken that either didn’t have a filter in front of the lens and/or the film process adjusted. I miss those days of very technical photography, but there again I don’t.

Brought back memories writing this and I looked in my cupboard for my several boxes of Sinar filters. Haven’t used these for years. I have 5 boxes of these and they cost an absolute fortune all those years ago. I had to carry these wooden boxes in cases to my jobs. Crazy. 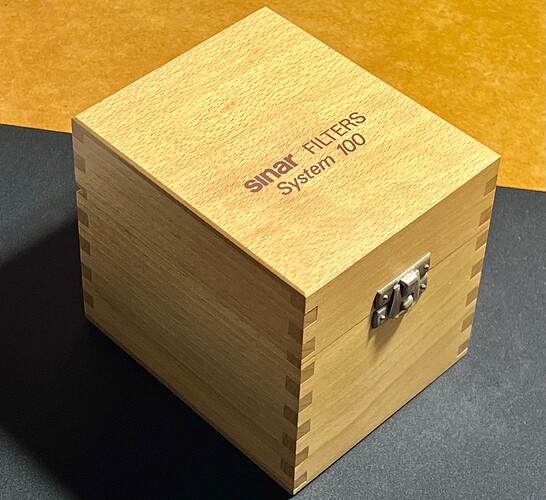 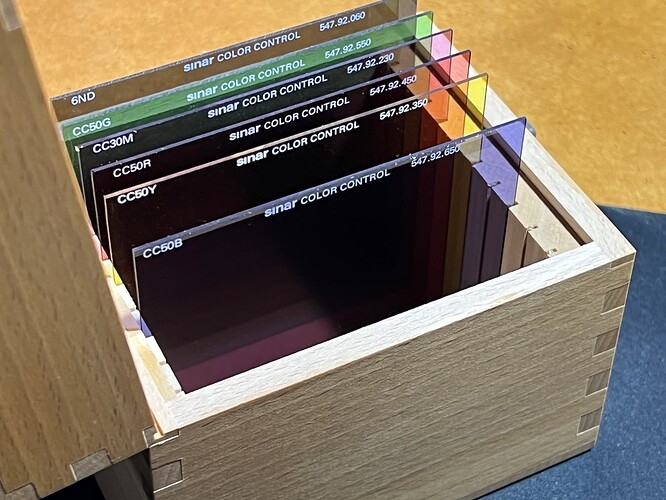 Thank you very much, I’ll get hold of a few reels of Fuji and (rather less willingly) Ektachrome to see what they’re like. A few shots of winter in Brighton (maybe even with some snow) might be fun.

Graham:
I loved your detailed overview of the various slide films and their colour accuracy. One aspect not mentioned was long term storage and colour retention. In my former career in Archaeology, at least here in Canada, Kodachrome was preferred for its archival qualities, with little fading over a couple of decades when properly stored. Ektachrome was terrible in that regard.

Hmmm. Always found snow a bit of a bugger to get right…

Kodachrome apparently had a longer archival time, but when the film isn’t capturing reference colouring in the first place, it kind of makes the difference secondary. E6 processing varied tremendously and you have to get it don’t by a professional lab and one that is busy. There’s a lot of variabilities in the processing and the guys have to know what they’re doing and care.

Count.d:
I mistakenly referred to Graham, but it was your review that I found interesting. I think our respective needs and uses of the slide film were different. The warm bias of K64 was adaptable (filters) when needed, but could generally capture differences in soil stratigraphy well unfiltered. Long archiving was a must.
David

Everyone’s a photographer these days even using mobile phones

You would have thought that should be the case wouldn’t you, but it’s surprising how many people even with all the gadgets appear to be clueless about how to compose an image… and don’t understand why their images don’t look like how they saw them in their mind…

On topic I loved Kodachrome… the colour rendition and mid hue contrast was to die for. Ektachrome was/is good and is more flexible… but doesn’t have that Kodachrome look… which despite numerous attempts has still not been authentically simulated digitally in my opinion. I was never a fan of Fuji film such as Velvia, I often felt it had a cold bluish cast… and personally I felt it was over rated…

But I agree every shot counts with film… which can be a healthy approach with digital. Plan and anticipate your shots. I used to (though not recently) use Ektachrome 120 film on a 645 camera. You don’t have many shots to a film…… so definitely every shot should count.
I think with digital the big plus is that you can exposure bracket and focus bracket over 3 or 5 frames with no cost for a given shot… and as we know with digital bracketing can be important … perhaps more so than with film.

Has anyone found a decent alternative slide film, now that Kodachrome is extinct

Only tried it a couple of times, personally preferring the blues of Fujichrome, but it did produce some glorious stuff.

There’s still some Fuji 400 in the A1, probably in a molten puddle! I should really get it out and get it developed.

BTW anyone know where I can get slide film developed? I used to use Max Spielman.

I used to work with a chap in the late 1990s who was a motor sport photography nut… he was semi professional. He loved Velvia … and you would have thought ISO 50 and motorsport was far from a perfect match but he made it work… and he produced great spreads for magazines etc … however he developed one helluva panning skill and had some serious glass