Manzarek and Krieger at Père Lachaise

Who visited Jim Morrison grave ? I live near Paris and had never went there. I should be ashamed

When I had 20, a friend of mine was going there every year. I was a Jim fan too, but not so much. 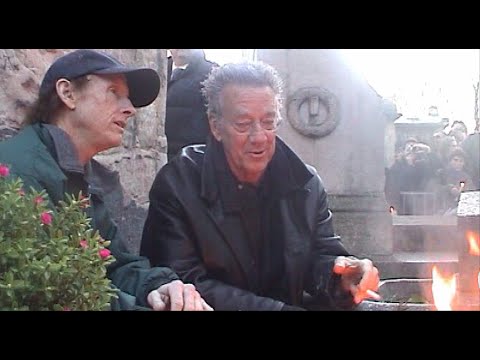 Unless a relative or close friend why would anyone want to?

Yes. 1984 iirc, when the second bust was in place, not the current headstone. Only me there that morning. It was, for this almost lifelong Doors fan, an emotional experience.

See facing page 385 of Riordan &Prochnicky’s book, Break On Through (below). The awkwardly written ‘POET’ on the headstone was me (I was very, very pi***d off I had written it unevenly, but at least it washed off after a year or so). 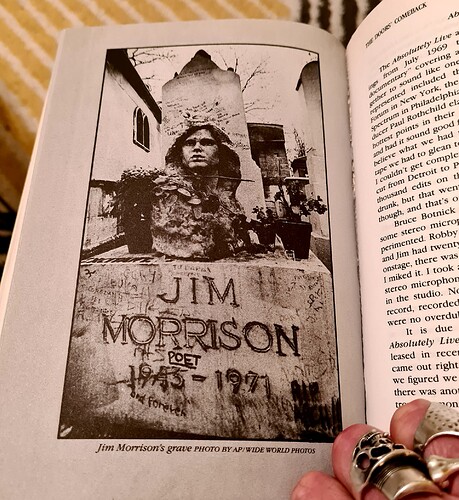 Wonderful cemetary. I keep meaning to go back, and not only for Jim…

Unless a relative or close friend why would anyone want to?

My wife and I include Pere Lachaise on our agenda pretty much every trip to Paris. It is a WONDERFUL walk, and it is full of history. The gothic designs of the crypts are amazing. And there are many many famous people entombed there, from George Cuvier to Edith Piaf to Bizet and Chopin, and yes of course Jim Morrison.

Thanks Bart, interesting, didn’t watch the video through so assumed it was just a Jim Morrison connotation.

I wonder if the stray cats are still there? A few generations on of course

Last time I was there October 2015 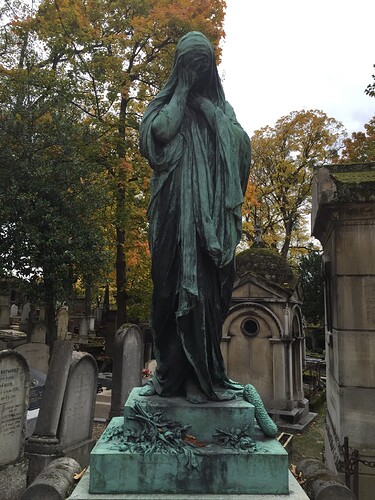 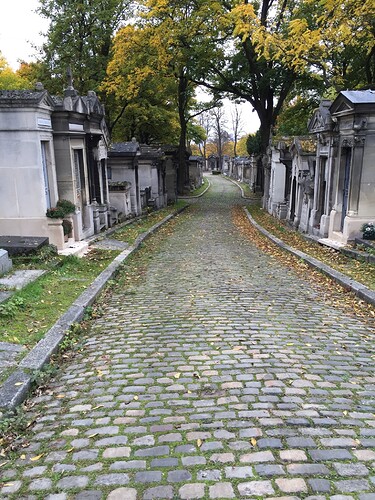 Of all the tombs at Pere Lachaise Raspail’s is my favourite. 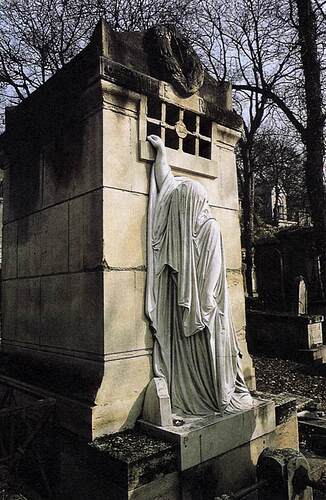 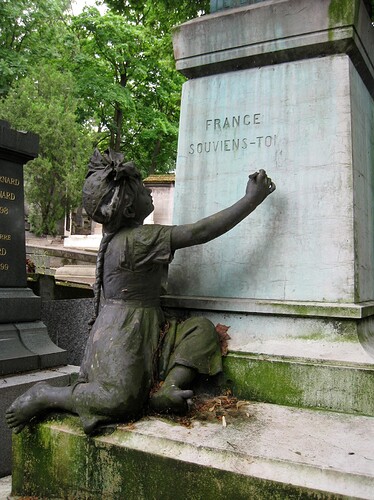 I find the whole thing rather crass and ostentatious.

Going to see a band member’s grave/tomb/memorial but signing autographs. Come on.

To see the famous Jim Morison grave. And other celebrities are there too.

I planned so many times to go there but curiously it failed each time. The Rodenbach is astounding !

I hitchhiked there aged 18 in 1982. A great road trip from Dundee to Paris.

No idea and with no disrespect couldn’t care less. 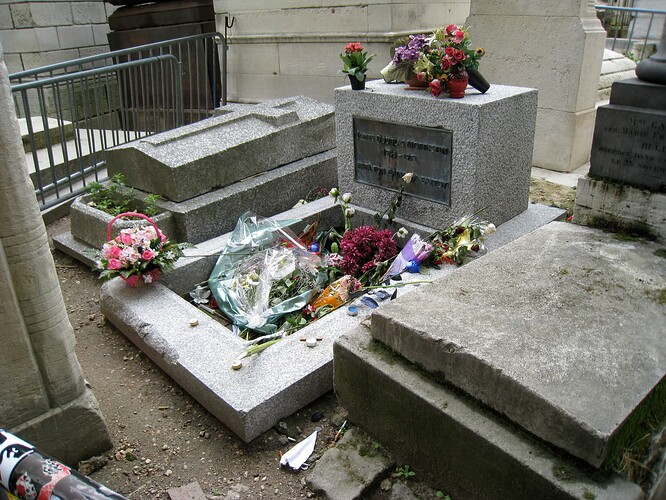 With the sculpture’s snapped off member iirc…I read it had been done in moral disgust, but never checked if that was true.

@Alley_Cat
Yes, the Robbie/Ray visit was apparently an arranged press thing. Not my cup of tea, certainly. I wondered at Ray flicking his cigarette ash onto the grave, but…

Who is the Jim-lookalike (almost) wearing black and shades in the video? He’s too young to be the friend of Jim’s from way back (I forget his name) who also styled himself on Morrison.

Ray’s comment/ about Phil Chen (RIP) at the end made me smile.

Yoko scattered his ashes in Central Park, there is a memorial there to him (in an area of the park renamed Strawberry Fields) which is the nearest there is to a grave. I found it incredibly moving to visit it.

I am not upset