Why does every pre-prepared sandwich nowadays have either mayonnaise or cheese in it? Okay, a cheap question because I know the answer; a cheap(!) way to add flavour to an otherwise bland offering. Rather than use, for example, tasty ham they’ll use cheap tasteless ham and then a slice of cheese and ‘mayo’ is everywhere. I’m seeing it now used as a cheap alternative to butter; cheaper and quicker to spread.

As someone that hates either ‘mayo’ or cheese I find it extremely vexing.

About 20 years ago Boots did a breakfast sandwich with “baked bean bread” plus sausage, bacon and egg. Now that was special.

I’m with you on mayo, on the very rare occasions I might consider buying a ready made sandwich I would often walk away empty handed because there is no mayo free option. Repulsive stuff, I would rather go hungry.
Cheese, on the other hand, I can live with.

Yes, not a fan of mayonnaise on sandwiches either, and something I’ve been conscious of for years.

It’s too early in the morning for me - I initially read the thread title as Mandarin Chinese.

In general its healthier to eat a bag of crisps than a sandwich.

This is one of the issues I have. It’s often used as a sticking plaster to mask a poor quality sandwich.

When I moved jobs a few years back the most convenient source of readymade sandwiches was a mini M&S in a petrol station, previously it had been Greggs. I think I put on s stone after the move. Who’d have thought Greggs was the healthy option!

I lost that stone and another once I was making my own lunch at home during lockdown and subsequent retirement, though I tend to thank rather the glass of red wine I took to having with lunch and dinner in order to drink down my cellar before the planned move to France.

When I moved jobs a few years back the most convenient source of readymade sandwiches was a mini M&S in a petrol station, previously it had been Greggs. I think I put on s stone after the move. Who’d have thought Greggs was the healthy option!

Some of the ‘Meal Deal’ options in the supermarkets of sandwich/pudding/drink can run out at ~800 cals, with ~500 in the sandwich alone, courtesy of the mayo/stuffing/bacon et al, often in them. The primary issue to my eyes is the sugar in say a ‘low fat’ granola yoghurt (185cals) and a tin of Red Bull (115 cals).

Never used the meal deals, I’m not a fan of crisps or sugary drinks come to that, just a sandwich and unsweetened black coffee for lunch. Chorleywood bread has to take a lot of the blame, not just the fillings.

Always allow your sandwich to reach room temperature.
When just out from a chilled shelf they have an unattractive stiffness - which is why most use mayo and not butter, as they would have even more stiffness. Also the flavours will be better whatever it is. 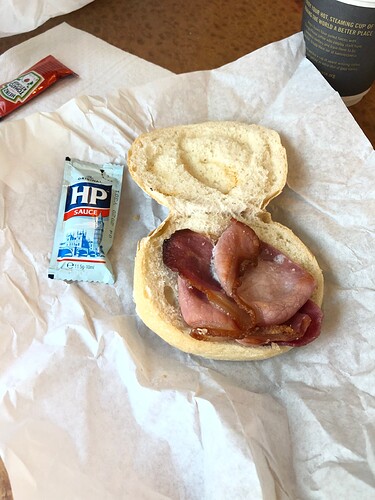 Needs some cheese and mayo.

Best sauce as well. I don’t like cheap brown sauce. There’s a cafe we pop into in Leyburn; they do a nice sausage baguette but I have to take my own sachet of HP sauce in with me.

I stopped eating deli meat years ago but I fancied a little mayo (Hellmans), yellow mustard, and swiss/provologne/cheddar, depending on the sandwich, when I did.

I only buy a sandwich if I’m taking a long train journey. As most big stations include a mini M&S I always head for the… 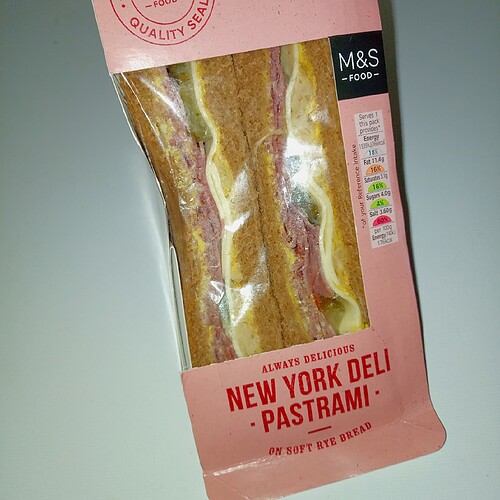 Along with a couple of mini tins of G&T.

When visiting the states. A proper Reuben Sandwich is always at the top of the list.

Their “corned beef” ranges so much.
Preferring the smoked brisket with Russian dressing and all made on a griddle top to melt the cheese in beef drippings. 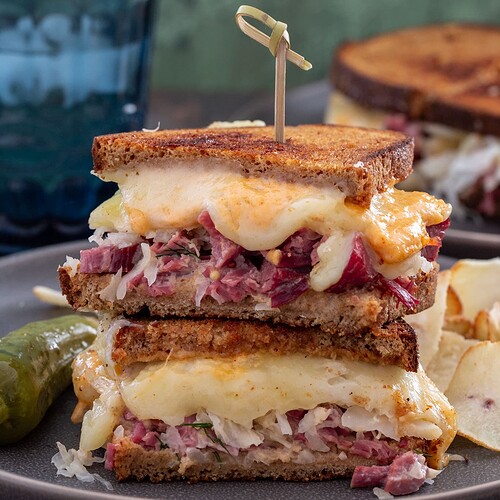 With you on this. Good mayonnaise is great, the stuff on sandwiches they call mayo isn’t mayonnaise IMO. At best it has been on a shelf next to mayonnaise at some point in its live, but probably not even that.

I still baffles me that we live in a country where good cuisine is virtually absent but where ‘Mayonaisse’ implies strict rules. Vive la Hollande.

I still baffles me that we live in a country where good cuisine is virtually absent but where ‘Mayonaisse’ implies strict rules. Vive la Hollande.

Could be down to the difficulty to order them - without spitting at the waiter. 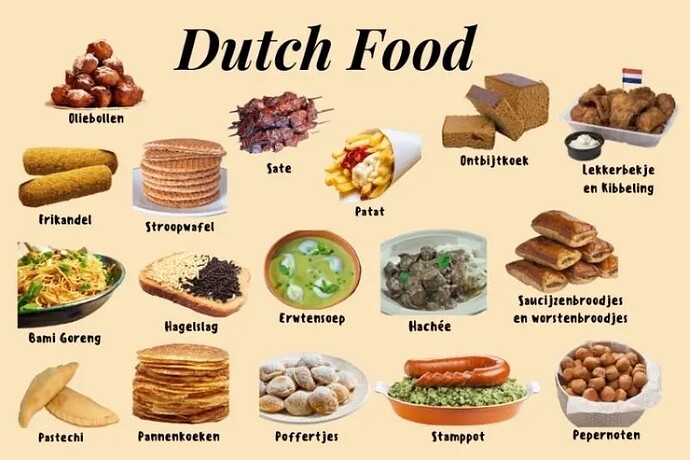 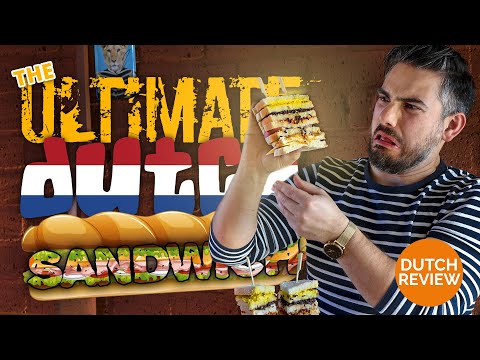