It seems the previous thread regarding mobile hifi and in particular the Sony Hi-Res Walkmans is now closed hence starting another thread.

Does anyone know if it’s worth spending the extra money on the WM1Z over the WM1A? Has anyone compared the two?

I’ve got a WM1A on loan and it sounds quite good with SE846’s but I’m just wondering if spending the extra for WM1Z would be worth it?

The 1Z is in a different league. So if you have the money consider it, and I would also now test the new Astell and Kern SP2000. I was impressed by it as well. 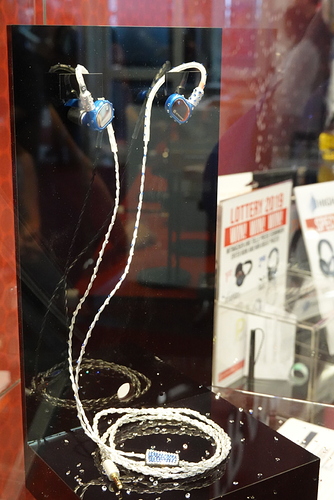 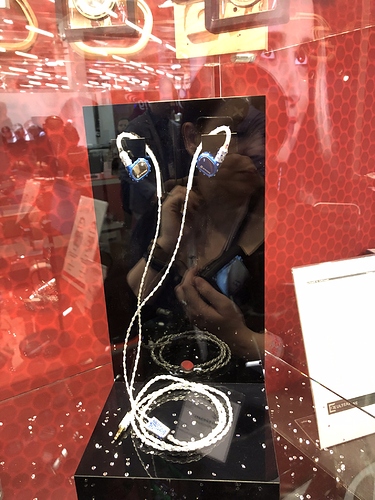 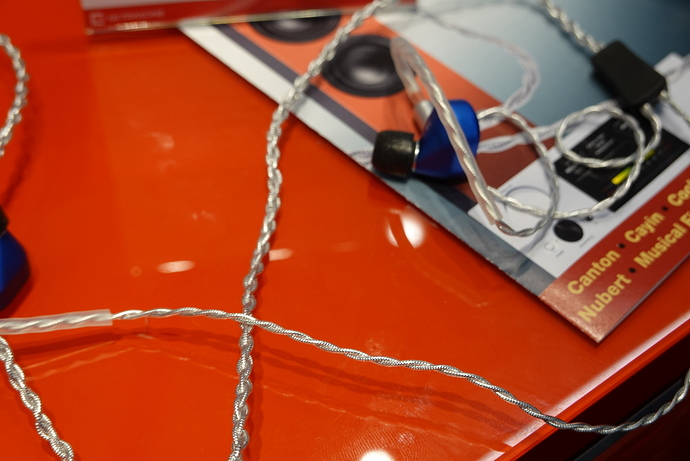 After hearing it at the show and seeing the reviews so far, something which everybody should consider.

It was released a month ago,.would be interesting to hear it with their AMP8 module.

Hi Bert, what are they?

Ultrasones Saphire In Ears - expensive but n first audition worth the money.

I never compared the 1A and 1Z. The step up on the ZX2 I previously had was enough for me to stump up for the gold brick. Note that the 1Z throws away the wireless capabilities in pursuit of ultimate SQ, so if you want a one stop shop for streaming services and local storage then I’d look elsewhere. With 256Gb on board and a 400Gb Micro SD card, I’ve got ~600Gb of storage so I can fit the majority of my music collection (in ALAC) onto it. When I use it at home, I also use it in USB mode, fed from a Project Streambox S2 and this provides my whole library and Tidal via Roon.

10 months on, I think I can say that the 1Z has probably been one of my best Hi-Fi purchases. Used at work with SE846 IEMs or at home with Sony Z1R ‘phones it just sounds sublime and I could happily live with it as my only music system if I ever needed to.

I fully agree with you. I also tested it agains the Astell and Kern SP1000, but liked the soundsignature of the Sony more. I don’t know f I would come to the same conclusion now with the new SP2000…, but anyhow, a device which has given me great pleasure…

Still toying with the idea of changing the earphones. The Ultrasone will still have a show discount till beginn8ng of July, they are very tempting. However the new Sony in ears might also be a nice enhancement, however already unavailable for months - so let’s see if I make a move in this field…

Are the Shure Electrostatics out of the running now then Bert - I thought you were keen to explore these (did you audition them ?). I still really enjoy my 846s which are still sounding good 4 years on so no reason to change at the moment. My Moon Audio silver dragon cable developed an intermittent connection so I’m back to the standard Shure cable. When I get some time i’ll fix the dodgy MMCX connector and also swap the 3.5mm TRRS connector, left over from my ZX2 days, to a 4.4mm for full balanced operation with my 1Z.

check Fiio m11 for value for money DAP, together with a kanas pro they really rock…

I haven’t dropped any of the options, just made it more difficult for myself…

So too many options, and not sure yet. Could be 1 or any other…

I would be especially interested in some reliable reviews of the new Sony in ears, on paper they should work perfectly with my Walkman…, but as they are yet limited available, you don’t see a lot of reliable info on it…

Stellia is fantastic if you are listening at home

İ choose to buy Chi-fi iems for the change like tin audio, fearless and bgv

But you need to check penta rai for iem as well, good seal fantastic sound

Stellia is fantastic if you are listening at home

How do they compare to the Utopia ?

You need complete silince for utopia but stellia has a pretty good isolation, extra cable for xlr and a case as well…

both easy to drive

I got a bit more active on this topic. And started to try to get deeper into exploring the Sony IER-Z1R as they seem to be the perfect mate for my Sony Walkman. However quite frustrating. Already for months the buds are announced to be available on the different sellers. But every time you look. the actual delivery timeframe is shifting. With delivery times as far out as 26 weeks. After an unsatisfying answer from the service desk, I wrote an email now. Hope to get some clarity from them. I would hate to buy other buds and find out I should have gotten the Sony’s instead becuase they might blow away all the others…

Thanks Emrei. If only they’d do the Stellia in black. Not keen on that Mocha colour…

I know it’s all about the SQ but for that price, i’d want them looking as beautiful as the Utopia.

if you are not particularly looking for a closed set now it is a good time to grab Utopia, maybe even a nice second hand, you can find it at a half price of Stellia if you look around to headfi

stellia color is better in real life than photos, it grows on you