Music for a narrowboat

I am doing some work to the narrowboat this winter. This will include installing a system for the galley, capable of playing from sources such as USB, digital (optical or coax) and perhaps Bluetooth. There is no reliable internet on much of the canal when we are out and about, so it is often a ‘bring your own music’ scenario. I will most likely use either a preloaded laptop or USB drive myself. but will need to be able to play the usual variety of files such as MP3/WAV/FLAC etc, to acomodate music brought along by guest crew on a variety of smartphones/tablets and datasticks.

Much like a large caravan, my 12v DC. domestic battery system is made up of 5 x 110Ah sealed units. These batteries are usually running a variety of LED lighting throughout the boat, a 12v. 6A Fridge, USB chargers for phones and tablets, a fresh water pump kicks in and out every time water is demanded from hot and cold taps, shower and flushing toilet. So, I imagine there will be a lot of unwanted noise on the 12v. system that may interfere with sensitive audio equipment. To deal with this, I could set up a completely separate battery supply in order to isolate the audio equipment from the rest of the onboard electrical stuff. This could be either 12v or 24v if that was an advantage ?
I would love to hear from anyone with experiences or ideas on the subject, as to a possible power system and audio equipment for the front cabin, measuring about 2M wide, 5M long.

On a light hearted note, anything by Debarge might hit the spot!

2m wide may say no to any conventional stereo pair set up. Restricted head height and small enclosed volumes say the same.
I enjoy the Ultimate Ears Megaboom3 quite a lot and user friendliness is top notch provided your phone is within Bluetooth range. If the phone can’t get a signal then just make sure you’ve downloaded a few fave albums ( or BBC Sounds downloads) and away you go.

Narrowboats most usually has music supplied by unwashed folk playing the washboard, kettle pot, harmonica and banjo.
You should keep it simple and traditional.

Funnily enough I’ve just spent the last 3 hours on my weekly video call with a couple of friends who live on a narrow boat, as far as I can tell a good percentage of the boaters now are 50s to late 60s retired professionals/managers relaxing while their bodies hold out.

Sounds lovely.
I have a good friend who spent some years “looking after” a nice one in hackney a while back.
He’s gone to tell me it was the best days of his life so far.

Yes I know a lot of those, especialy the historical (hysterical) boaters

Its a fact. I think the average boater at an IWA meeting get the age related flu jab early. You should see them wheeling locks, with a 5 mile queue behind. Ha! only jesting, the older boater are often faster, they know what they are doing !

Yes I had thought about a muso, but can I get it to run off a 12v dc system ?

Here is one of those traditional boaters I think you are refarring to . . . Actually I was just returning from a gathering of historic boat engine owners, mostly drinking and talking and playing music yes. About half of them had made up a band with 35 Ukuleles ! I am more of a blues harp player myself. 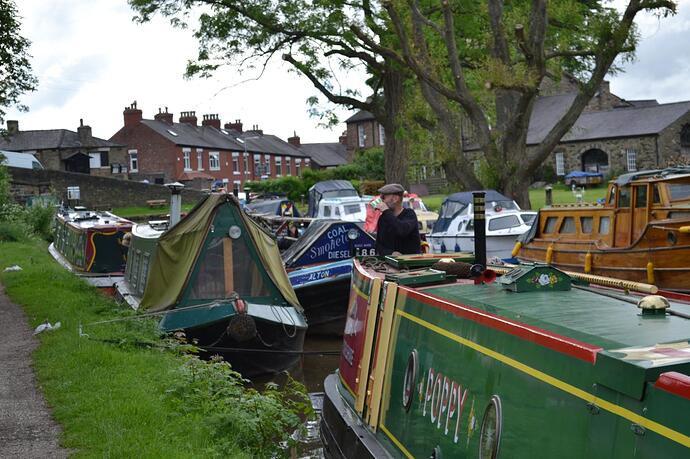 You could get a 12vDC to 230vAC inverter

The Muso QB draws 15w power and there are plenty of reasonably priced inverters on Amazon, for example;

My neice lives on a narrowboat. When she first got it I set her up with a Denon mini system and little Celestion speakers - all run off the inverter. But space is always an issue on a narrowboat. Not just the equipment but all the cd’s as well. She has now downgraded to a Bose bluetooth speaker. All her cd’s have been ripped onto micro sd cards which she can play from her phone. Spotify is there when the signal is strong enough. And do you know what - the downgrade in sound quality hasn’t stopped us having plenty of enjoyable evenings listening to music. And the saving in space, and reduced power consumption is huge. (It’s a bit like cooking from fresh ingredients when at home - but when I’m camping a pot noodle is fine!) 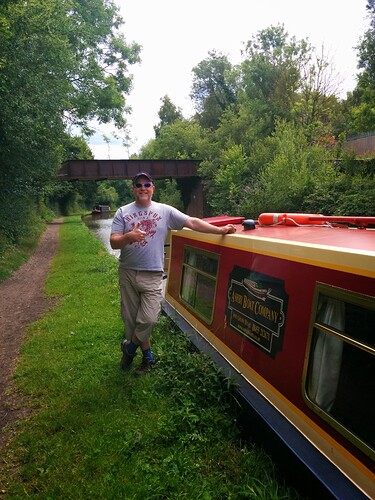 Another vote for a decent quality bluetooth speaker and music player combo. We use a B&W T7 fed by A&K Kann when away in our motorhome (and occasional narrow boat rentals). More than adequate in confined space.

Thank you DiggyGun. I do have an inverter fitted but was looking for a lower voltage DC alternative. So I do not have to step up from 12volt DC to 240v AC then back to a low voltage DC again. 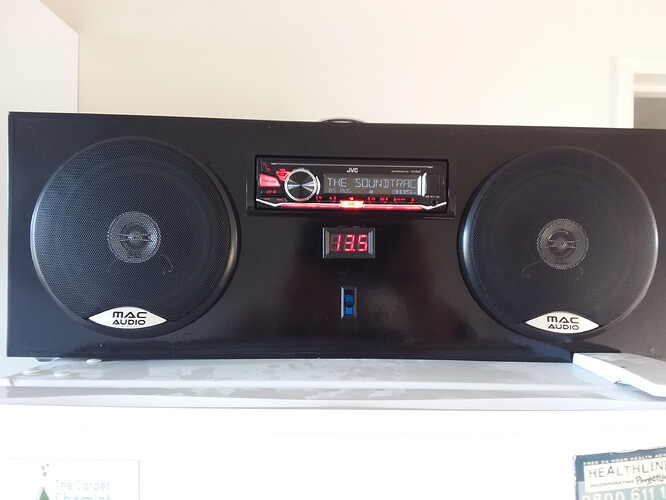 image3264×2448 1020 KB
You could go diy something like this, it has a 7Ah 12 volt gel battery and charger built in, separate speakers would be better but I made it for use in a tent so didn’t want to get too crazy. I have built several versions of this sort of thing and they work well and sound surprisingly good with the battery lasting up to 12 hours at moderate volume. the best part is that it was a easy, inexpensive and fun project.
2 Likes
artist December 9, 2020, 10:27am #17

That sounds like a nice time you have been having

I have used my inverter for years with various Bluetooth speakers and phone chargers etc. But have now installed 5volt usb sockets stepped down from the 12volt system. Works well. I generally cruise the canal and rivers and do not live aboard with a shoreline all the time. But if a boat is moored with the shoreline attached there is no need for an inverter anyway of course.

Where was that picture taken.

Where was that picture taken.

Did the Warwickshire ring that time…in 10days…102 locks 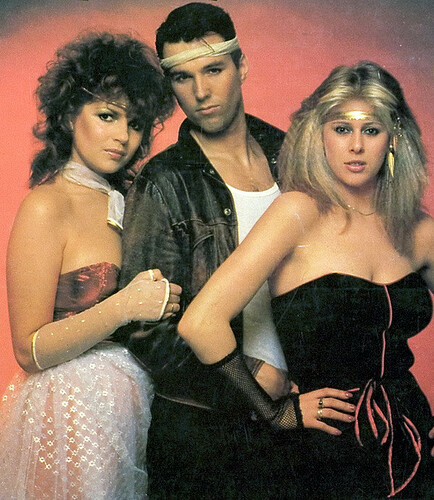